The History Of Upper Northwest 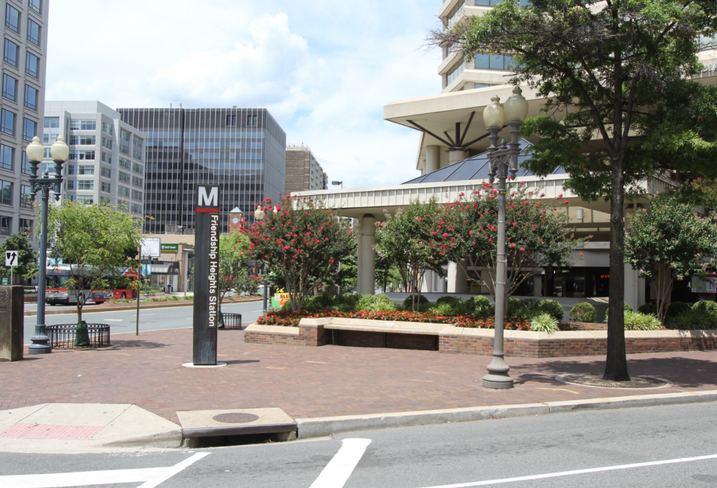 Tenleytown was originally named Tennaly’s Town in 1790 after local tavern owner John Tennaly. It encompasses the highest ground in Washington, prompting many of the region’s prominent radio and broadcasting companies to locate there.

Fort Reno was established within Tenley’s boundaries and insulated the capital during the Civil War. After the war, a burgeoning free black community sprung up, which disintegrated when the federal government condemned the high-density, unsafe housing and erected Deal Middle School and Wilson High School in its place. In addition to these schools, Tenleytown is a quarter mile from Sidwell Friends School, the president’s daughters’ high school, and the iconic Fannie Mae HQ, from which the lender is moving in 2018.

Up Wisconsin Ave half a mile is the loosely designated Friendship Heights, which similarly boasts a Metro station and Whole Foods, but is substantially more well-developed, with a range of attractive mixed-use with high-end retail along with Class-A office.

Nearby are the GEICO and Ritz-Carlton corporate HQ buildings, while new high-rise luxury apartments have popped up around the numerous department stores and Mazza Gallerie mall, giving the area a residential vibe. Because Jimmy Choo, Gucci, Bulgari, Tiffany, Ralph Lauren and Cartier are all clustered within two blocks of each other on Wisconsin Avenue, the strip has occasionally been referred to as the "Rodeo Drive of the East Coast."