The Latest On The Georgetown-Rosslyn Gondola 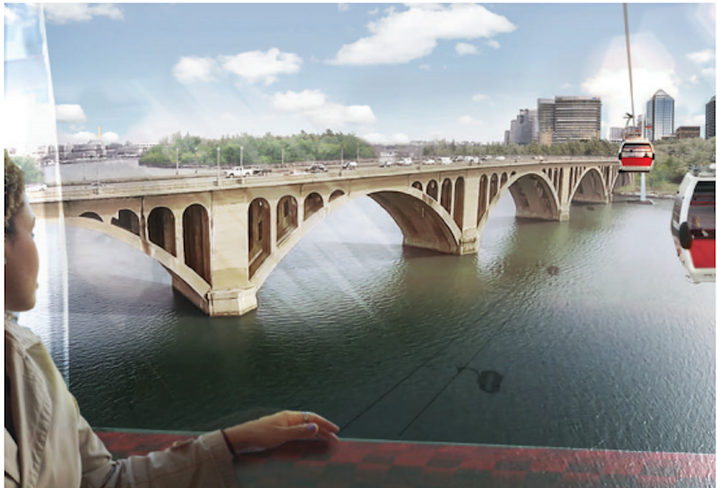 A proposed, high-speed aerial gondola paralleling the Key Bridge to connect Georgetown to the Rosslyn Metro station won unanimous approval from Georgetown’s Advisory Neighborhood Commission in February. It faces opposition, however, from Arlington County officials, who have declined to fund it, citing a full pipeline of more pressing, transit-oriented projects.

The high-speed system, which the Georgetown BID champions and first conceived in 2013, would give Georgetown’s population more immediate Metro access, rather than walking on the narrow sidewalks, shared with bicycles, on the Key Bridge. The BID said it would benefit its commercial, residential, university, hospital and tourist constituencies. 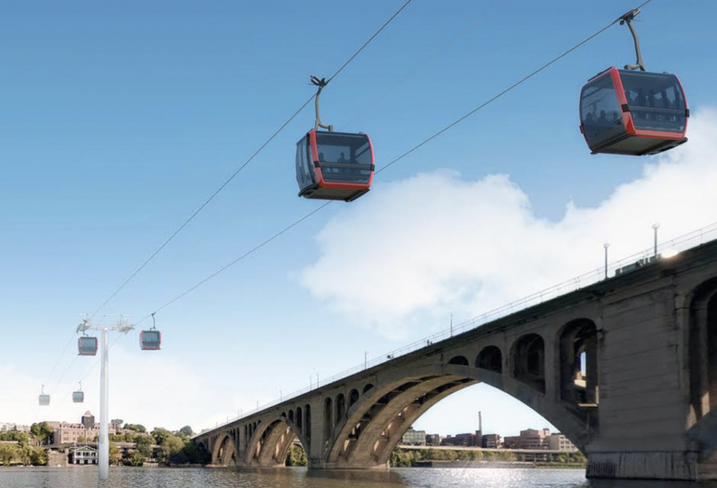 A November 2016 feasibility study found the project is possible and estimated its price tag between $80M and $90M with $3.25M in annual operating costs. Georgetown has commissioned further studies to designate landing sites and determine the project’s environmental impact. The gondola would complete the trip across the Potomac River in four minutes and serve a projected 6,500 people per day with its capacity for 288 passengers.

The gondola will likely originate near the entrance to the C&O Canal. During a June budgeting session, D.C. City Council Chairman Phil Mendelson allocated $250K for the requisite environmental review, demonstrating confidence in the project’s viability.