Georgetown is one of D.C.’s most iconic neighborhoods, and compared to others profiled in this series, large-scale development activity is less pervasive. 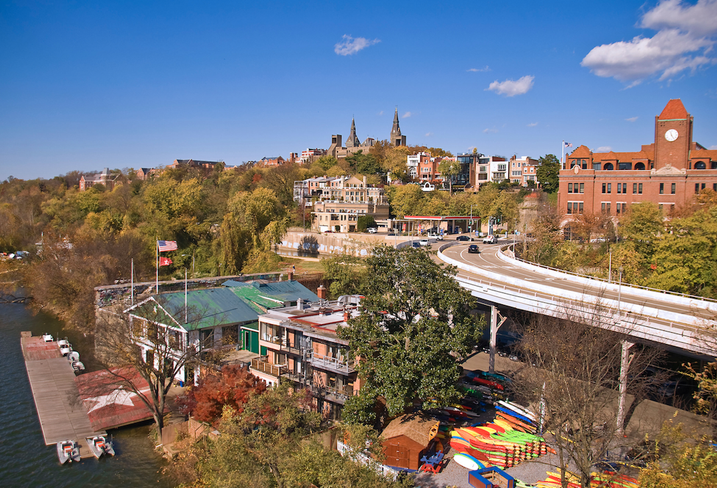 Its commercial real estate market is strong and stable as buyers and tenants tend to respectively hold and occupy their spaces for longer terms, while preservation agencies and laws check aggressive, expansive redevelopment.

Unlike in nearby rapidly gentrifying and evolving areas, Georgetown’s residents have long been primarily white and affluent, and its well-built stock of buildings has commanded high prices when they trade. Most buildings are narrow, have small footprints and are individually owned, and although cheap credit has prompted some developers to undertake large-scale renovations, bringing buildings to code is a complex and expensive process. The exceptions are the 1300 and 1400 blocks of Wisconsin Avenue, which the Georgetown BID has designated for revitalization. This entails major overhauls, including façade repairs.

Georgetown has become increasingly international, as a number of foreign diplomats, business tycoons, and university students and professors are attracted to its charming, chic streets. 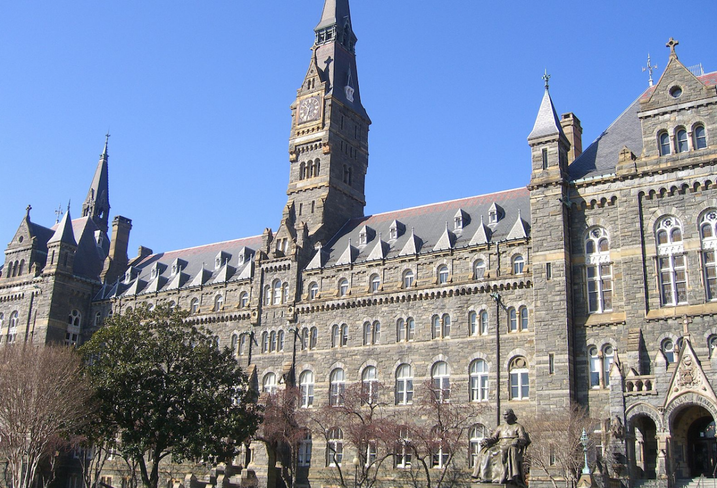 Corporations also like Georgetown, which, according to its BID, outperforms all competing submarkets with a 6% office vacancy rate and 16% lower rent than the D.C. central business district. Retail tenants favor Georgetown for its reputation as a boutique shopping destination, high pedestrian volume and concentration of wealthy tourists and residents. Storefronts are the element of Georgetown in the greatest state of flux. Last year, 25 stores closed and 34 opened in the neighborhood, which is becoming a destination for online retailers that want to introduce a flagship brick-and-mortar, such as Warby Parker and Rent the Runway.

Busy commuters comprise one group potentially dissatisfied with Georgetown. Getting around requires patience and either a car, knowledge of bus routes or some leg strength and motivation to walk, as the hilly area’s closest Metro stop is across the river in Rosslyn. This inspired the plans for an $80M to $90M high-speed gondola paralleling the Key Bridge to form an alternative connection between the two places.