Urban Investment Partners VP Brook Katzen oversees all development and construction activities for the most active developer in Tenleytown, so we figured there’d be no one more qualified to provide an expert opinion on the neighborhood, examined through a real estate lens. 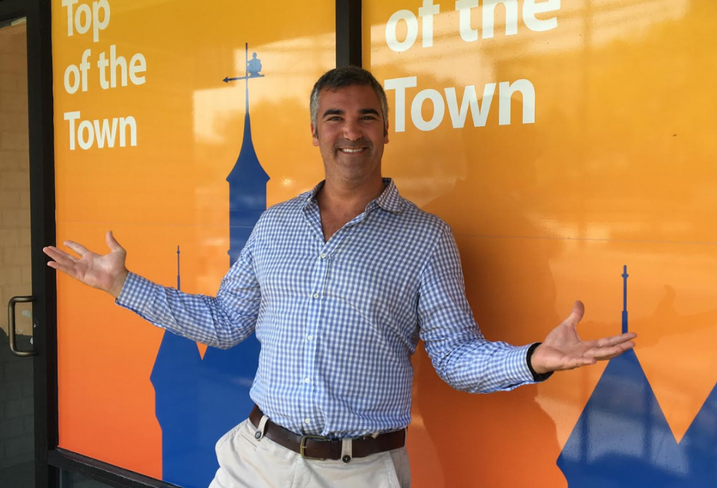 Bisnow: Can you trace the evolution of Upper Northwest for us and predict what it will look like in the future? In our neighborhood guide series, we've discussed how other neighborhoods are transforming, gentrifying and bursting with new development. Friendship and Tenley could be viewed as relatively stable. Is this a fair characterization, and is it a good thing? Is it a reflection of the older demographic?

Brook: Upper Northwest is the most mature, stable quadrant of the District, so it evolves more slowly than other parts of DC, but is less volatile.

It’s difficult to assemble large amounts of land in this part of the city, so development occurs more piecemeal. Cathedral Commons has been great for the west side of Cleveland Park, but lacks Metro access. We like redeveloping existing buildings in great locations, and see a lot of opportunity to do so in Upper Northwest.

Bisnow: What makes the area unique or differentiates it from other neighborhoods in the area? How will you leverage these defining characteristics as a developer?

Brook: The Red Line Metro station and Whole Foods as well as some of the best public schools in DC set Tenleytown apart. Tenleytown is also one of the few places in DC where you can live in a good-sized, single-family detached home with a driveway and a yard and walk five minutes to retail, restaurants and the Metro. It’s a cozy residential neighborhood anchored by a vibrant little commercial district.

Bisnow: What are the projects in Tenleytown your team's most excited about? What initially attracted you to the area?

Brook: We were attracted to Tenleytown because it has great infrastructure, yet is underserved by multifamily. This location has the potential to draw demand from multiple employment centers, including Bethesda, Friendship Heights and downtown DC, while maintaining a neighborhood feel.

We currently own three buildings in Tenleytown. 4000 Brandywine St NW is an existing office building that we will convert and expand into 100 apartments. This project will be called The Frequency and will start construction next week. It will be young, hip, energetic and super high-tech.

4620 Wisconsin Ave is another existing office building that we will convert and expand into approximately 150 apartments and 12k SF of neighborhood-serving retail. This project will be called The Broadcast and will start construction in early 2017. The Broadcast will be more upscale, with larger units, more amenity space and killer views from the rooftop patio. The retail space at The Broadcast will activate that stretch of Wisconsin Avenue, starting to bridge the gap between the Metro station and Georgetown Day School's planned expansion.