With Retail Cratering, Loudoun Banking On Open Space, Metro To Lead Its Recovery

Loudoun County's developers have banked on experiential retail to insulate them against the rise of e-commerce, only to see the types of tenants they relied on be the most severely impacted by pandemic restrictions. 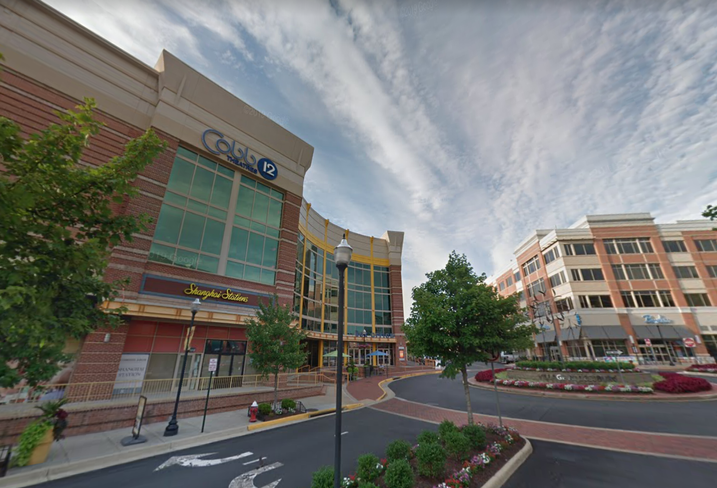 Google Maps
The Cobb Village Theatre at The Village at Leesburg in Leesburg, Virginia.

"For the last 18 months pre-pandemic, what we were seeing from retail in Loudoun was it was catching on fire. We were watching sales continue to go up. Retail was living in harmony with the internet. It was working, we had it going," Rappaport Executive Director of Leasing and Brokerage Susan Bourgeois said on Bisnow's Reopening Loudoun County webinar Thursday. "All the retailers we thought were internet-proof are not pandemic-proof."

Almost all of Loudoun's retailers are open, outside of the county's many movie theaters and a handful of other indoor uses, but rent collections are still way down, Bourgeois said, ranging from 20% to 65%, depending on the shopping center.

Rappaport manages, leases and owns retail properties all over the D.C. area, and she said Loudoun's have performed the best because of the abundance of space in the county, which is divided among master-planned suburbs, historic towns and villages, and farmland.

"We see the impacts of people not going to work, that impacts your lunch and fitness business," Bourgeois said. "I think Loudoun is a bit better poised — businesses weren’t surviving as much on the office component. If you look at Downtown D.C., there’s nobody."

Despite years of delays, construction on the Silver Line extension into the county is progressing and expected to be complete next year. The timing of Metro's delivery is critical, as the county has multiple development sites entitled for mixed-use projects with heavy office components, almost none of them built.

"Loudoun is very fortunate that we have a real opportunity to really take advantage of the new normal when it comes to office product," Loudoun County Economic Development Executive Director Buddy Rizer said on the webinar. "With two greenfield developments around Metro, we have the opportunity to create the office of the future."

While it is likely too late for a new office building to open alongside the county's two Metro stops beyond Dulles International Airport — much to many stakeholders' chagrin — Rizer said he is in discussions with technology companies looking at spaces at the developments planned around the Loudoun Gateway and Ashburn stations.

"Companies are going to put more focus on ventilation systems, more focus on layout, more hard offices as opposed to open workplaces," he said. "They’re still moving forward and still see the value of office. There’s going to be remnants of this that will probably last decades." 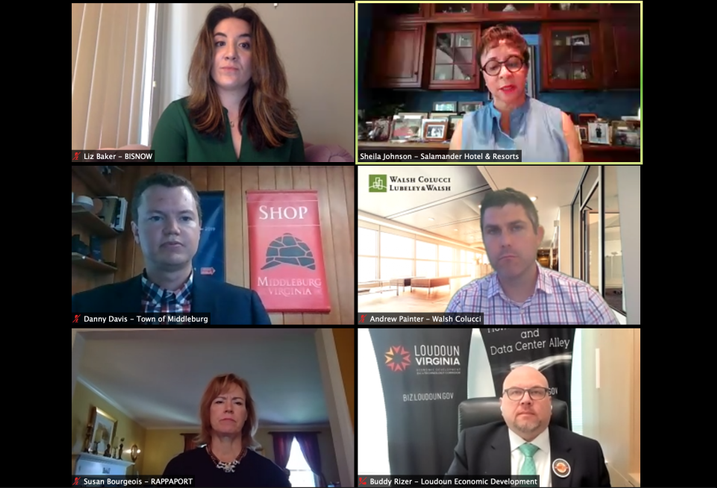 Loudoun's economic engine, as office demand has waned, has been its white-hot data center market, and that has only increased since the onset of the coronavirus pandemic. Data Center Alley, as the cluster around Ashburn is called, has 20M SF of current data center inventory, and 4M SF under construction, Rizer said.

"With everyone using Zoom and GoToMeeting, it’s increased demand for data centers," Rizer said. "We have more development planned with [the county's fast track entitlement process] than any year since 2005, and we’ve had some pretty big years."

While data centers drive tax revenue, they don't supply nearly as many jobs as the county's many retailers. Its grocery stores have reported surging sales, with enough demand to counterbalance some of the number of other big-box retailers going bankrupt.

"The demand really has been, on the big-box spaces, has actually been for the grocers who need capacity," Bourgeois said. "They’re looking for extra space to be able to handle that."

But despite the bright spots, Loudoun's economic picture for the near-term future reflects that of the rest of the country: bleak, especially if rising cases of the coronavirus cause another broad shutdown of swaths of the economy. Salamander Resort & Spa in Middleburg just reopened last month after having to lay off 225 workers. Salamander Hotels & Resorts CEO Sheila Johnson said on the webinar that all five of her company's hotels have reopened, from Virginia to Jamaica, albeit operating at a reduced capacity.

The reopening is good news for Middleburg, which draws 50% of its tax base from the resort, Middleburg Town Manager Danny Davis said on the webinar.

"About 70% of our general fund revenues are vulnerable, between meals tax, occupancy, sales tax and business licenses," Davis said.

Those tax dollars, like those coming into Loudoun County and its other historic towns and villages — like Leesburg, Purcellville and Lucketts — are in jeopardy of largely disappearing if the coronavirus hits the area in full force, which is why Rizer, Davis and Bourgeois all stressed the importance of wearing masks and social distancing.

"If you’re a carpenter, everything looks like a nail. When I see people not wearing masks, the first thing I think about is you’re hurting our economy," Rizer said. "It’s hard to walk away from revenue when someone walks into your business and isn’t wearing a mask or social distancing, but if we start shutting down again, it’s going to be catastrophic, and I live in fear of that every single day."

CORRECTION, AUG. 4, 4:50 P.M. ET: Susan Bourgeois is Rappaport's executive director of leasing and brokerage. A previous version of this story misstated her title. This story has been updated.