In the Works: The Top Three Developments Coming To Alexandria 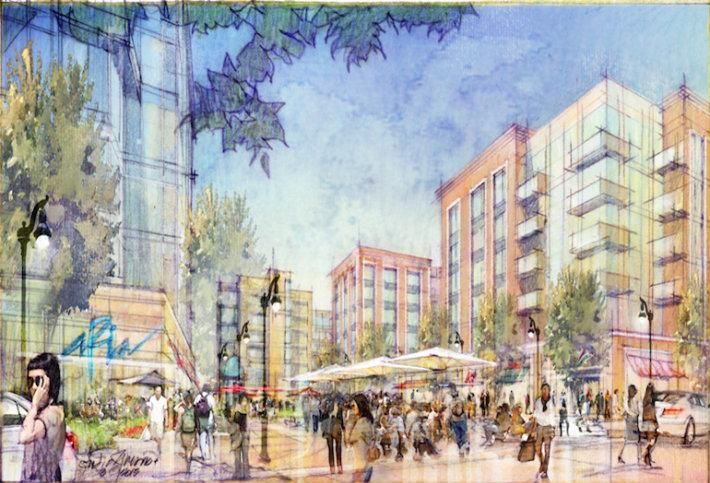 On a 16-acre tract of industrial park opposite Potomac Yard on Route 1, StonebridgeCarras is planning an ambitious 1.5M SF mixed-use development. The first phase is slated to arrive in summer 2019.

The development site is part of a planned 20-acre industrial park known as Oakville Triangle, which sits across the street from another huge mixed-use project, Potomac Yard. Oakville will be roughly a quarter of a mile away from the future Potomac Yard Metro station, expected to bring an influx of new residents and development.

As part of the plan recently approved by the Alexandria City Council, Stonebridge has also committed to $2M in improvements for Mount Jefferson Park, $7.8M in on-site affordable housing, and $1.6M to upgrade the intersection of Route 1 and Glebe Road. 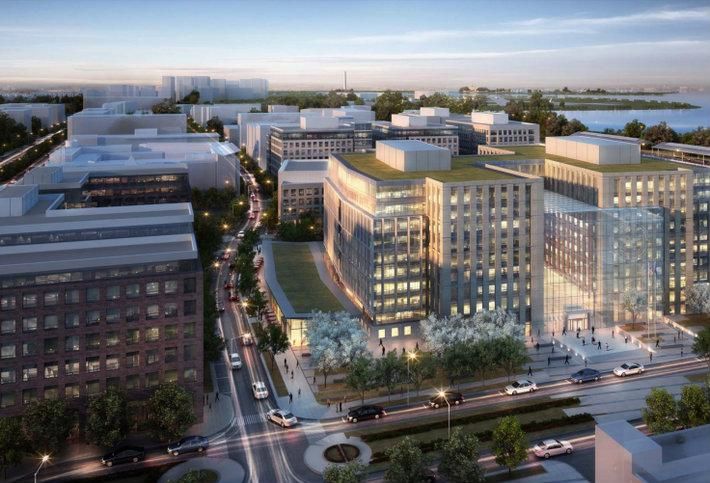 The JBG Cos will bring 1.2M SF of mixed-use in the first phase of its enormous redevelopment of North Potomac Yard, the company announced last Monday. JBG is shooting to have a portion of it open in 2020, when the nearby Metro station comes online.

The plan for this first phase includes 732 residential units, almost 300k SF of retail, and either slightly more than 115k SF of office or a 120-room hotel. Streetsense is designing these spaces, which will replace the existing multiplex and surrounding parking lots. Ultimately, JBG aims for 7.5M SF of total development upon completion of the final phase.

The Gateway at King and Beauregard 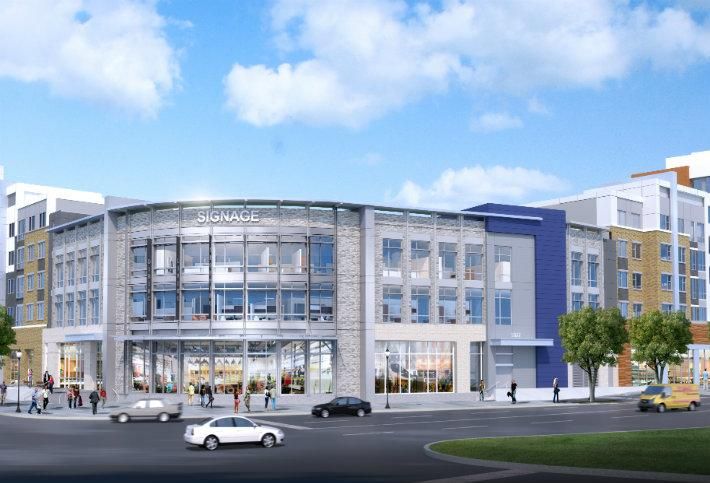 The Gateway at King and Beauregard, arriving at the intersection of the titular streets, has undergone considerable changes since Abramson Properties announced the development in 2014.

While the 72k SF Harris Teeter remains the big retail attraction, two residential buildings totaling 348 units (70 of them affordable), a combined 94k SF of office in two buildings, over 40k SF of additional retail, and 822 parking spaces have been added to the project.

The Gateway's mixed-use foundations remain in place: 25k SF office building over retail, 278 residential units over the Harris Teeter, and an interior pedestrian plaza. While not Metro-accessible, The Gateway will be marketed as transit-accessible because it is on the alignment of the future West End Transitway: the $140M bus rapid transit system that will link the Van Dorn Street Metro station with the Mark Center, Shirlington, the Pentagon and everywhere in between.