The 1960s-era Sursum Corda low-income housing community near North Capitol Street, a property with a rough history that has long been eyed for development, has begun to be torn down. 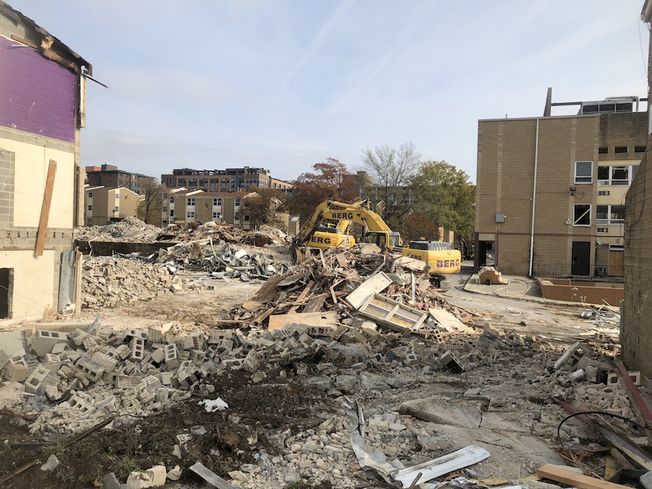 Toll Brothers began demolition last week on several buildings within the community and plans to raze the entire property within the next few months, Toll Brothers spokesperson John Piedrahita confirmed to Bisnow.

The D.C. Department of Consumer and Regulatory Affairs issued permits Nov. 2 and Nov. 9 to raze buildings on the 6.7-acre site, bounded by North Capitol Street, M Street, First Street and L Street NW. The buildings have all been vacated, and the previous tenants will have the opportunity to return once the new project is developed. 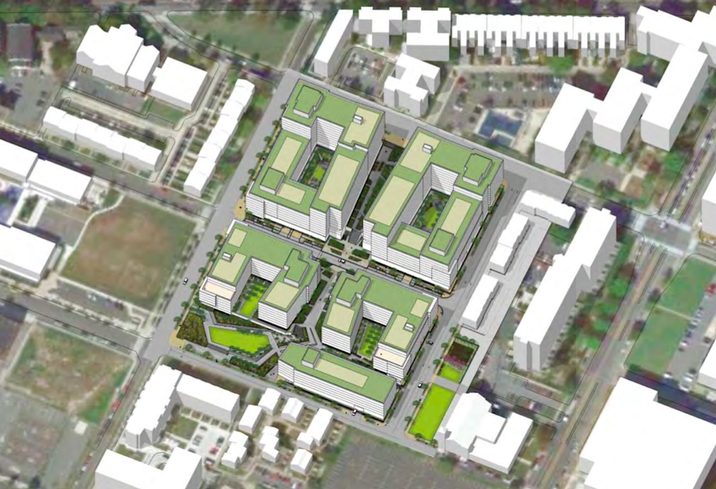 Pennsylvania-based Toll Brothers has built several multifamily projects in the D.C. region, including a 525-unit development four blocks away in NoMa, expected to deliver before year-end. The developer bought the Sursum Corda community in March for $60M from the Sursum Corda Cooperative Association. The group had been working with Winn Development to envision a redevelopment plan for the property. In 2016 it received first-stage PUD approval, outlining the overall density of the project.

Unlike other D.C. low-income housing communities like Barry Farm, where the city has led redevelopment efforts and received some community pushback, the movement to develop Sursum Corda has been shepherded by the Sursum Corda Cooperative Association. The group's members unanimously voted to support the development plans at a June 17 meeting, according to documents filed with the Zoning Commission. 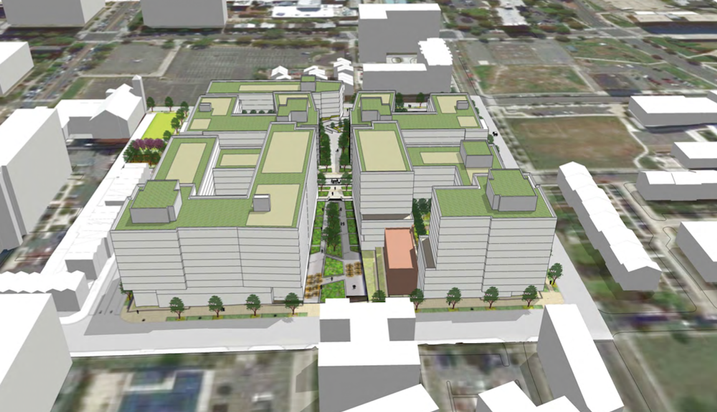 Toll Brothers is preparing to file a new application with the Zoning Commission in the coming weeks, its land-use attorney said. Holland & Knight partner Leila Batties, speaking to ANC 6E at its Oct. 2 meeting, said the development team plans to modify the first stage PUD and file a second-stage PUD for the first phase of the project. The primary modification would be to the southeast portion of the site, which had originally been envisioned as two buildings. Toll Brothers now plans to combine them into one larger building with an internal courtyard.

The first phase of the project will move forward on the southwest portion of the site, Batties said. The first building will include 136 units, all reserved for Sursum Corda residents to return to the community.

The overall development will remain roughly the same scale as what was approved in 2016, Piedrahita said, with about 1,100 total units. The project would also include at least 60 additional affordable apartments beyond the 136 replacement units. The developer is working with WDG Architecture to design the project.

The ANC has supported the project, and ANC 6E Chair Alex Marriott tells Bisnow he has not seen any vocal opposition in the neighborhood. He said he believes the community has needed revitalization for a long time, and he is excited to see it more forward.

"Without question, it's a very good thing," Marriott said. "Our primary concern at this point is that it happens as quickly and as efficiently as possible. We want new facilities for current residents and for new residents. There have been some delays, and we really want to see this process go because this is going to be good not only for Mount Vernon Triangle, but for the city." 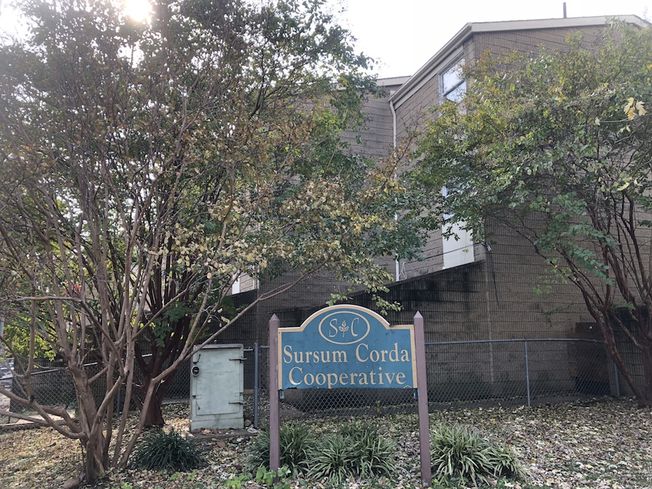 The community was founded in 1968 by a group of Catholic activists who imagined an urban village for low-income families with townhouses and courtyards. They named it Sursum Corda, Latin for "lift up your hearts." But the crack cocaine epidemic of the 1980s turned the property into a center for criminal activity, and in 2004 it was the site of the notorious killing of 14-year-old Jahkema Princess Hansen. A 2004 Washington Post headline described Sursum Corda as "a tangle of drugs, despair."

D.C.'s development has shifted east over the last 15 years through Mount Vernon Triangle and NoMa, with thousands of new apartment units and several office buildings constructed. But that wave missed Sursum Corda, the aging community sandwiched between the two fast-growing neighborhoods. 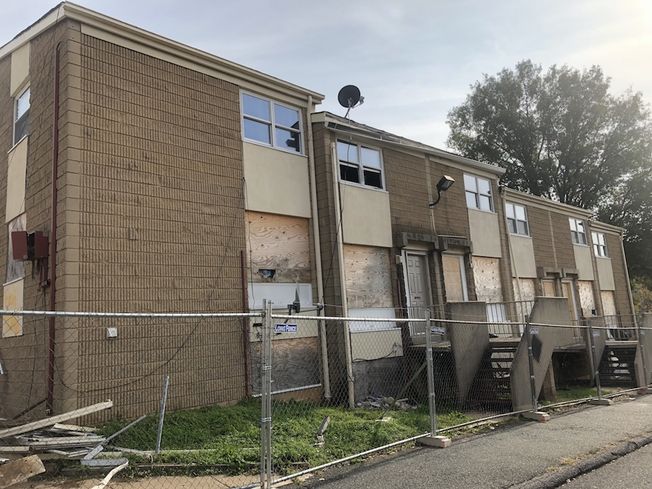 Bisnow: Jon Banister
Some of the remaining buildings at the Sursum Corda property

District leaders have been pushing to revitalize Sursum Corda since 2005, when then-Mayor Tony Williams designated the property as part of a new initiative to revitalize low-income housing communities. Multiple deals to sell the property to developers fell apart over the last decade before Toll Brothers ultimately acquired it earlier this year.

As it begins to be demolished, the remaining buildings on the property show signs of the disrepair into which the community fell before it was finally tapped for redevelopment. Windows throughout the property are broken or boarded up, and graffiti covers many of the brick walls. The condition stands in stark contrast to the neighborhoods a short walk in either direction.

The NPR headquarters, with its colorful glass sidings and digital news ticker sits just one block east, and NoMa's large stock of new apartment and office buildings fill the nearby blocks. Less than a half-mile to the west are several Mount Vernon Triangle high-rise developments, including the City Vista mixed-use complex.

The redevelopment of Sursum Corda could help fill that gap in the city's built environment, provide better-quality homes for the property's previous residents and thousands of new units to meet the city's growing apartment demand, all reasons the community has largely supported the project.

"This is something that we've needed for a long time," Marriott said. "It's great to finally see the ball rolling in a positive direction."