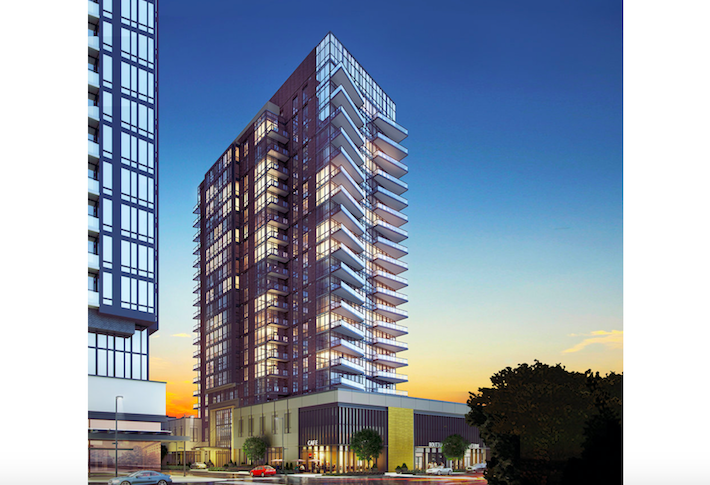 A new residential tower is under construction in Tysons that will offer $3M condos.

The condo units will range from 880 SF to 3,400 SF and be priced from about $600K to over $3M, the developer said. The building's amenities include a landscaped terrace with a swimming pool and an indoor lounge with a fireplace, a library, a bar area, a business center and a catering kitchen.

“This will be a true vertical community, where you can make friends for a lifetime, while enjoying single-level contemporary living with fabulous views and access to everything," Renaissance founder Albert Small Jr. said in a release.

The tower is part of Arbor Row, a 19-acre site planned for 2.5M SF of development near the Tysons Corner Metro station and the Tysons Galleria shopping mall. A 300-unit, high-rise senior living community is also in the works at Arbor Row, and another parcel planned for 700-units hit the market earlier this year.

The Monarch parcel was originally planned as a hotel, but in 2016 Renaissance Centro received Fairfax County approval to build condos instead.

The project, expected to deliver in late 2020, is one of the first condo developments in Tysons. It will follow the upcoming completion of Verse, a 140-unit condo building at The Boro development from The Meridian Group and Kettler.