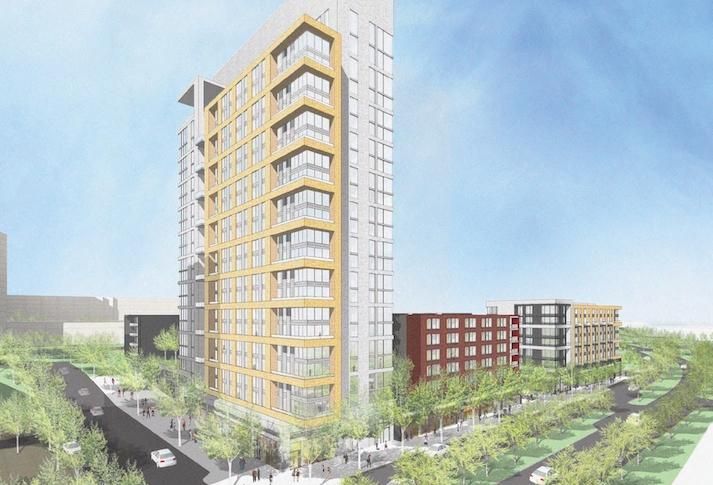 A new opportunity has just hit the market for developers looking to build apartments next to two regional malls in a large corporate office hub.

The site, owned by Lone Star Funds, is approved for 694 rental and for-sale units. It sits on Westpark Drive, just north of Tysons Galleria and Tysons Corner Center malls. The project's design calls for one concrete building with 218 units and two wood-frame buildings with 208 and 268 units, respectively.

Cityline Partners, which is also building the Scotts Run project near the McLean Metro station, took the Arbor Row development site through Fairfax County approvals. It then brought on Home Properties to develop the 5.2-acre parcel, and Lone Star Funds in 2015 took control of the site when it acquired Home Properties.

CBRE's marketing materials highlight a need for residential development in Tysons, pointing out the disproportional ratio of office space to housing. It says Tysons has 122,000 employees working in it but just 24,000 residents.

Tysons has several major developments in the works, including Capital One's new 470-foot-tall headquarters, which will soon be accompanied by a Wegmans and a performing arts center, and the 3.5M SF The Boro project. Another site near the Spring Hill Metro station hit the market in October with 3.6M SF of development potential.