Kevin Plank and Sagamore Development have ambitious plans for developing at least 160 acres on Port Covington in Baltimore. At Bisnow's Major Projects event Thursday, the developers said they are looking for DC companies to partner with. 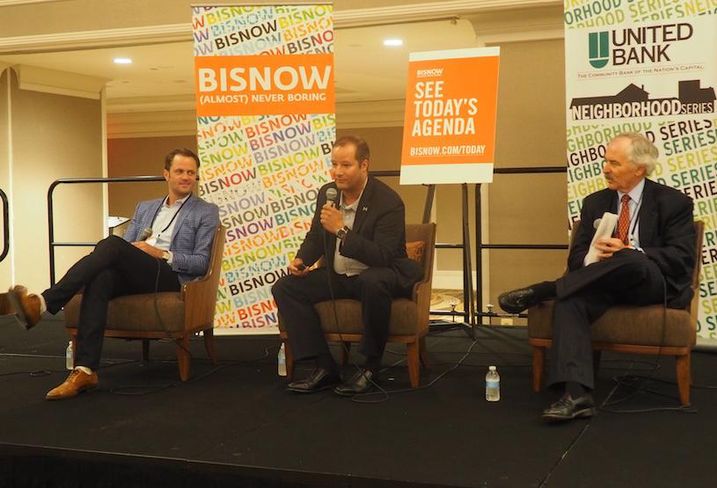 "We need to execute now, we need great partners to do that," Sagamore EVP Steve Siegel said to the more than 400 industry professionals in attendance. "We need lenders, equity partners, developer partners. We're not going to develop this whole project ourselves, we don’t have any intention of doing that. We’re certainly looking forward to JVing with some folks in this room and the best in class developers here today."

Founded four years ago by Under Armour founder Kevin Plank, Sagamore has purchased 160 acres of waterfront property just south of I-95, with plans to buy more of the 260-acre peninsula. 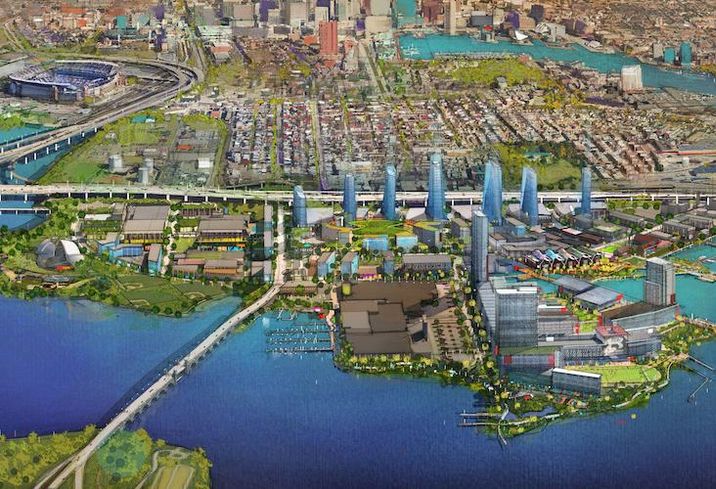 Under Armour's new campus will sit on 50 acres of the property, surrounded by mixed-use buildings on either side. The first phase will have 1,500 residential units and 400k SF of retail, including a 150k SF Under Armour world store.

"The unique thing about Port Covington is it was a blank slate in the middle of a highly populated dense city," Plank Industries partner Demian Costa (left in the first picture) said. "And we had this opportunity, on the positive side, to build from scratch and make it the way we wanted. On the negative side, there wasn’t really anything there." 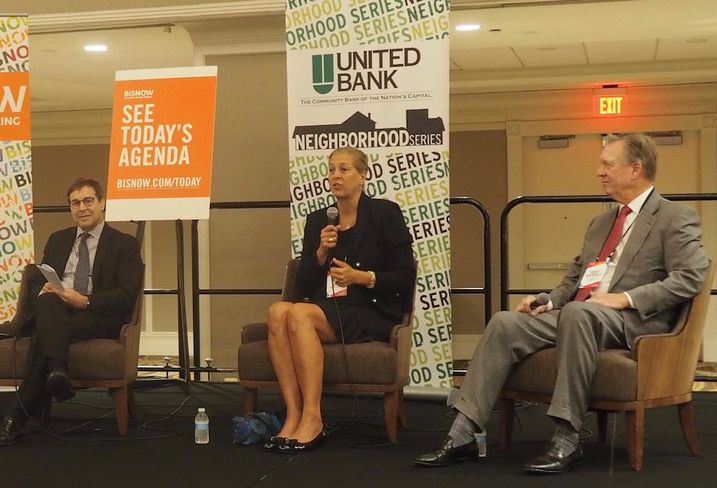 At full build-out, the development will be a 2.5M SF mix of offices, multifamily, retail and a hotel, which Vicki says will come last. The JV has been working on pre-development for four years and plans to start construction next year.

With the adjacent Orange Line, Amtrak and MARC stations, plus its proximity to the beltway and Route 50, Vicki says the site gets 30 million marketing impressions a year. But similar to Port Covington, it has no critical mass, and the developers have to start from scratch.

"It's a really incredible location for transportation and transit, that’s all great," Vicki said. "The bad thing is that it’s all parking lots, literally. There is a real challenge of place-making where there is no place, and that’s what we’re working on."

On the left is The Meridian Group's Gary Block, who discussed the 3.5M SF Tysons development, The Boro, that broke ground this month. Property Group Partners' Robert Braunohler, on the right, discussed the progress of Capitol Crossing, which Bisnow took a behind the scenes look at this month. 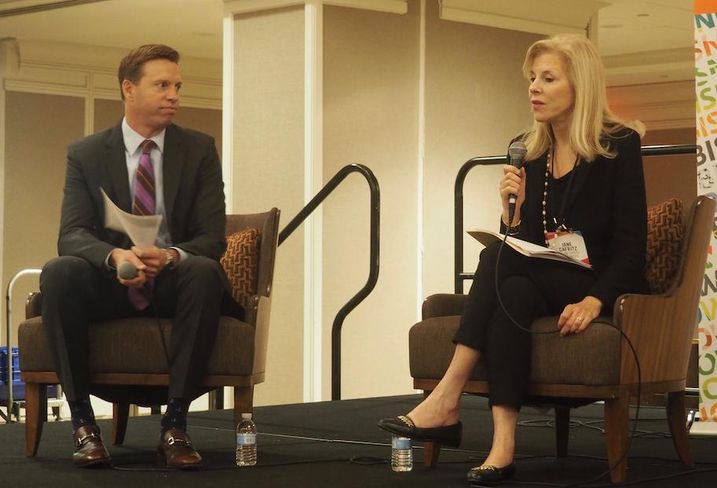 Moving across the border into Northeast DC, Cafritz Enterprises is working on the 16.5-acre Art Place at Fort Totten. The three-building project will have 520 residential units and 100k SF of retail. Of those residential units, 120 will be affordable, 100 of those will reserved for the people who have lived on the site for years and were displaced by construction.

"We’ve been able to keep the tenants together, which forms the core of this neighborhood," said Jane Cafritz, on the right with moderator Baker Tilly's Todd Stokes. "We look at that as sort of a stepping stone to the future. We have this neighborhood and an identity that’s established, and we are proudest of that." 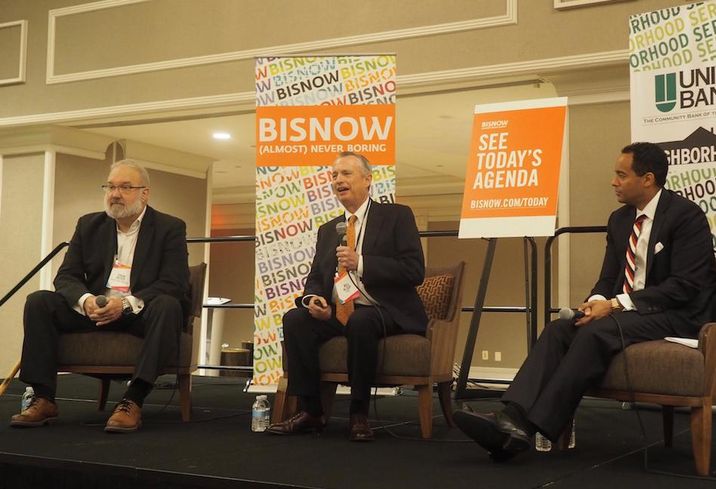 The event was held downtown at the Renaissance Hotel, just across the street from the first panel's topic, CityCenter DC.

The JV of Hines and Qatari Diar delivered the first phase two years ago with two office buildings, four residential buildings and roughly 200k SF of retail, most of which has been high-end restaurants and luxury brands. Construction is underway on the 360-room Conrad hotel, and the Oxford/Gould JV is planning the site's final piece, a 620k SF trophy office building.

"I think of it as just enhancing the progress the district already was having in the further development and character of downtown," Hines senior managing director Bill Alsup, center, said. "The plan is so cohesive and relevant to continuing the revitalization, the continued vitality of the district of the live/work/play environment that this is going to be an anchor for the long term that the rest of the District can build off of."

Qatari Diar's Steve Pettit, left, said the project's retail is 100% leased, the condos 100% sold and the rental units fully occupied. Steve said he was at first skeptical of having a public-private partnership with the city, but ultimately feels it has been a positive experience. DC's deputy mayor of Planning and Economic Development Brian Kenner, right, moderated the panel.