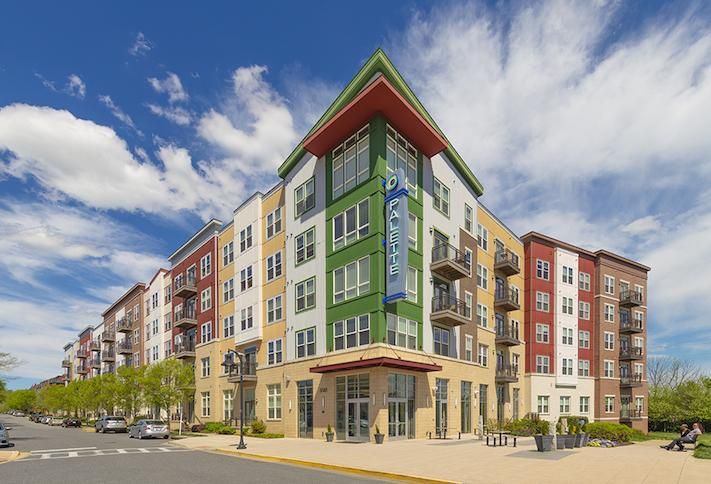 Courtesy of JLL
The Palette at Arts District in Hyattsville

An apartment building in Hyatsville's Arts District has just traded hands for a sizable profit as the buyer sees it as a growing market.

Harbor Group International announced Tuesday it acquired the Palette at Arts District apartments in Hyattsville for $58.85M. JLL brokered the sale on behalf of the seller and obtained a Fannie Mae loan for the buyer.

The Prince George's County property last sold in 2014 to Midland National Life Insurance Co. for $32.7M, deed records show. It was developed in 2012.

The 243-unit apartment building sits at 5501 45th Ave. in Hyattsville's Arts District. The building's amenities include a rooftop desk, a clubroom, a fitness center and a conference room. Its ground-floor retail space is occupied by PostNet and Fresh Dry Cleaners.

The 25-acre Arts District, largely developed by EYA, features a Yes! Organic Market, Busboys and Poets and several other restaurants and retailers, and it has helped revitalize its section of Route 1.

"We see significant potential for organic growth in the Palette property, given its desirable location and quality amenities," Harbor Group International President Richard Litton said in a release. "As we continue to invest in high-quality assets in strong growing markets, we expect to generate substantial returns for our investors."