It had been a commonly held belief that, after a few years of record-breaking supply and demand, the DC multifamily market would start to swoon. Yesterday, at Bisnow’s regional multifamily forum, we heard a different tune. 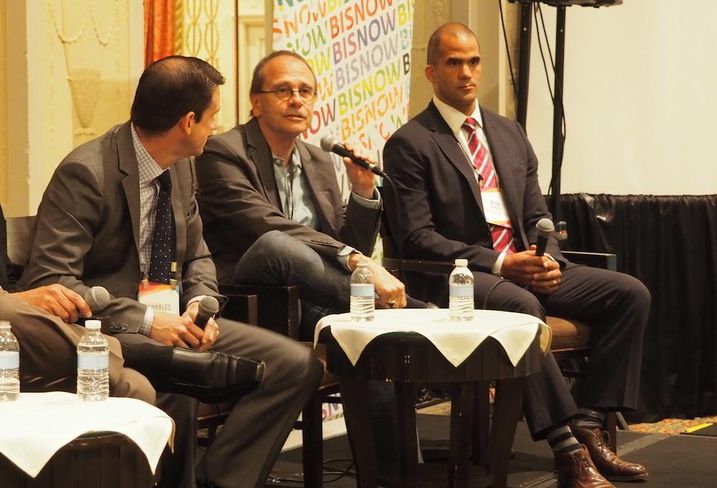 Jair Lynch Development Partners VP Kevin Roberts (right, next to David Kitchens of Cooper Carry and Charles Elliott of Toll Brothers City Living) said the market still has more runway over the next five years. “Rent growth is going to tick up. Units are still getting absorbed. DC is becoming what it should be," he said.

More than 20,000 units were built and absorbed in 2014 and 2015, a number not seen in decades in the region—maybe the most ever. But because development was happening so fast and jobs were not keeping pace, rents had been largely flat. So while supply might slow, that’s actually a good thing for the market. 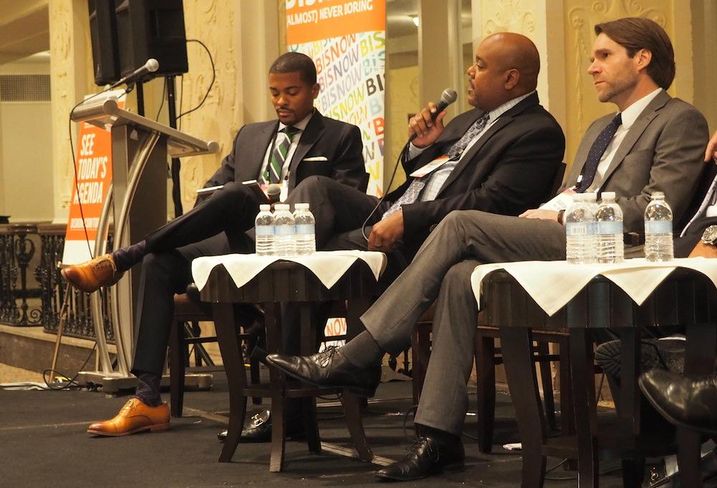 And Clarion Partners director Barron Williams (right) said DC has been at the absolute bottom and you have to go back 15 to 25 years to see decent performance. “I’m calling bottom. We’re going to start moving up the charts.”

The DC area is poised to add about 50,000 jobs per year each of the next five years, surpassing the region’s average. And because lenders are wary of that oversupply, fewer projects are going to start construction, which means rents will start to rise: music to the ears of investors like Barron (sitting next to Fannie Mae director Wilfred Steplight and Arent Fox associate Lewis Goss).

“It’s been very painful for a national company to do deals in DC where the performance has been so bad,” Barron said. “We think there’s going to be continued strong absorption for a couple more years. If we have that, plus job growth, we could potentially move from the bottom to the top.” 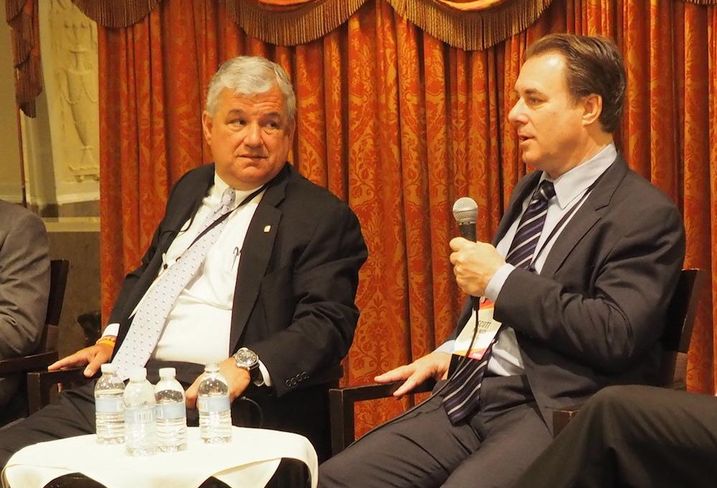 Multifamily sales doubled from 2014 to 2015, and it’s not just coming from institutional capital: everyone now knows how rock-solid of an asset class it is, especially for Class-B and C properties.

“That’s the beauty of the market right now,” Scott (right, next to EagleBank chief real estate lender Tony Marquez) said. “It’s not just that people are going to buy it to fix it up and renovate. It’s almost fine as is, and you can still get 4% to 5% rent growth.”

Barron says Class-C properties have seen remarkable rent growth and low vacancy. Money is chasing everything from Class-A product to value add, and affordable housing—a critical need—is something every lender wants a part of. It’s good for the economic prosperity of the community, and good for the bottom line. 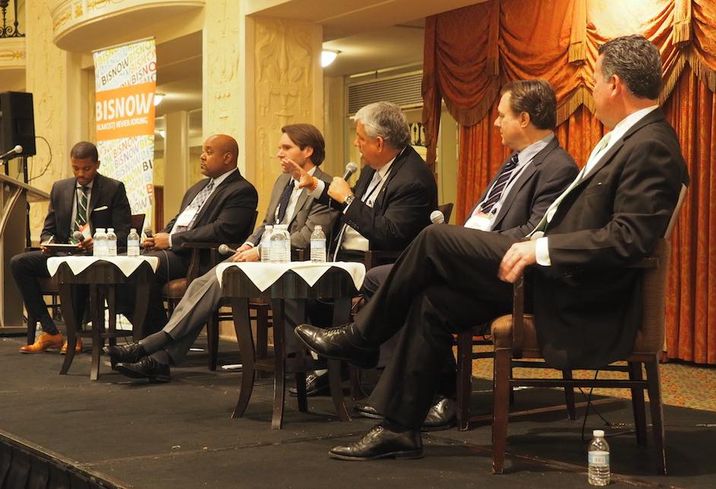 “As lenders, we’re just trying to win the deal,” Hunt Mortgage Group managing director Bryan Cullen—who was cracking enough jokes Scott compared him to Chris Rock (seriously)— said. “The way we can win the deal oftentimes is when you get into the affordable sector. The pricing on that stuff crushes. Forget about it.”

The only sector of multifamily that’s lagging slightly is new development, not helped by the aforementioned supply concerns and rising construction prices. Kevin said the materials themselves haven’t risen in price, but labor is up a lot. 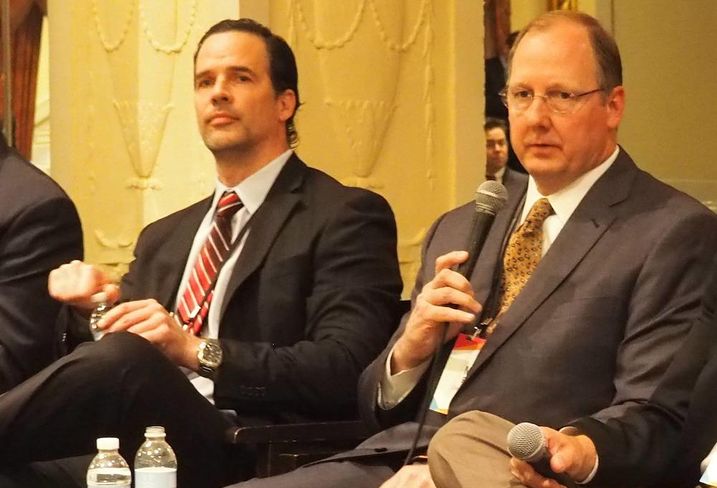 “Construction costs have been on the rise since coming out of the Great Recession,” Moseley Construction VP Jason Sherman (sitting next to Lowe Enterprises' Mark Rivers) said. Moseley makes a habit of being involved as early in the process as possible, to ensure construction costs don’t creep higher than anticipated. Stay tuned for more coverage from this jam-packed event.