The Wegmans Effect: How Woodmore Town Centre Is Blowing Past Expectations

On Sept. 29, 2008, the US stock market experienced the single biggest drop in its history, erasing $1.2 trillion in market value. The following day, undaunted by the financial crash, Petrie Richardson Ventures, in a JV with Prudential Real Estate Investors, closed on a $175M financing deal to build Woodmore Town Centre, a 245-acre mixed-use development in Glenarden. 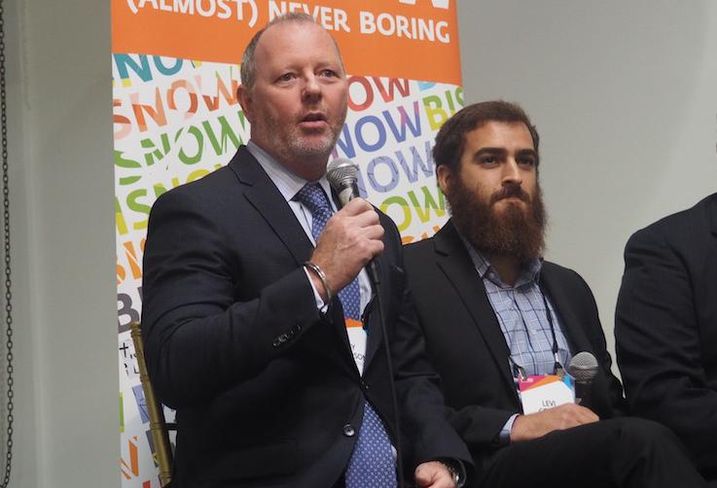 Eight years later, that risk has paid off. Woodmore Town Centre is raking in roughly $600/SF, according to the Prince George's County Economic Development Corp. It is anchored by Wegmans' No. 1 store in the country in prepared food sales.

The five lenders Petrie Richardson borrowed from were paid back in full in 2014, with interest and principal. Petrie Richardson's Terry Richardson tells Bisnow that the reason the banks were so confident at the time, despite the ongoing decimation of the financial industry, was because Wegmans and Costco had already signed on, and Prudential pledged considerable financial strength to secure the debt.

"There were some tense moments toward the end of the day," Terry says, snapped above at Bisnow's Prince George's State of the Market event with BECO Management's Levi Cohen. "None of us knew how long or deep the recession was going to go." 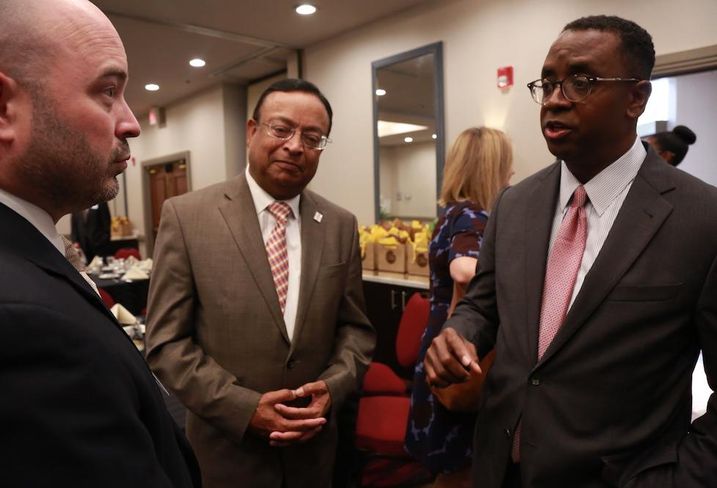 Today, 20,000 cars come to Woodmore's property every day, Terry says. Next year, Phase 2 will open with the county's first Nordstrom Rack, and after that the project will build residential, eventually totaling 1,100 units.

Prince George's County EDC CEO Jim Coleman, right, credits the shopping center's success to its location, directly off I-495, as well as the surrounding area's income. The average household income within a five-mile radius was $76k when they closed the deal in 2008, and by 2013 it grew to $89k.

"It is one of the best-performing shopping centers in the US," Jim says. "I would say it's certainly in the top echelon of shopping centers here in the county, possibly No. 1. It has had tremendous success." 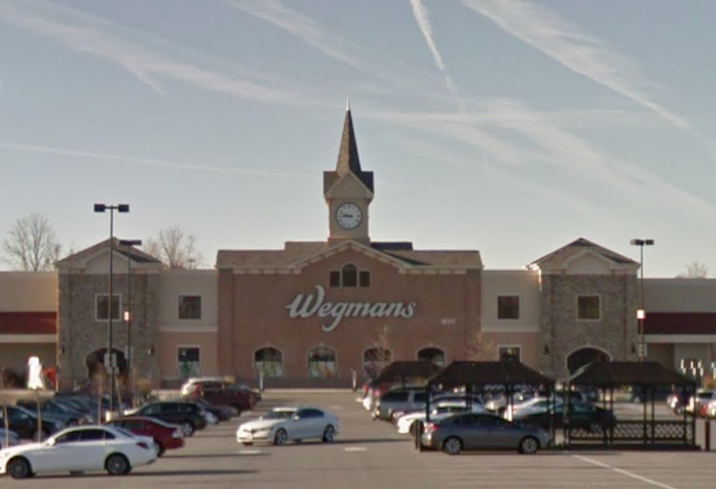 The secret sauce to Woodmore Town Centre is the draw of the anchor that signed on first—Wegmans.

"Wegmans drives the traffic," Terry says."It's a super-regional draw, pulling from a much larger area."

Jim says that not only does Wegmans attract other retailers to the shopping center—Woodmore also has a Costco, JC Penney, Best Buy and Old Navy—it attracts affluent residents to the area, which could ultimately benefit the residential phase of the project.

"The Wegmans store says it's a quality neighborhood," Jim says. "That sends a message not only to other retailers but, when you're looking to buy a home, that says this market's got it going on and we need to have a home in that neighborhood."

Jim expects other developments in the county and the DC region will look to Woodmore as a model and try to replicate its success. 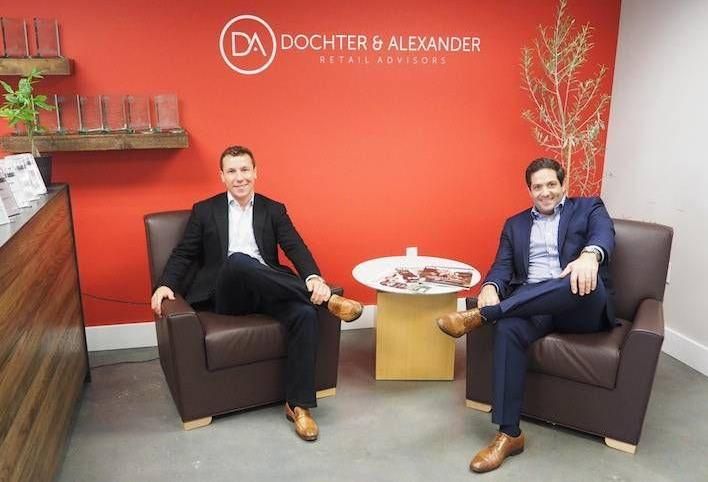 Retail expert David Dochter—co-founder of Dochter & Alexander retail advisers with his partner, Matt Alexander, shown above in their office—says for shopping centers like Woodmore Town Centre, $500/SF is a good threshold of a successful project, so Woodmore is performing well above expectations.

"What's contributing to Woodmore's success is it’s a large power center with a large mass and gravity pulling from a larger radius," David says. "With those anchors you're attracting a regional audience, a pretty affluent audience with limited options."

David agrees that Wegmans has been critical to Woodmore's success, and he also noted its positive effects on the area's residential market.

"Its an indicator," David says. "Just as a retailer will locate within a market that has the ability to hit the volumes they need, residential consumers will want to come into a market where their potential needs are already fulfilled."

Wegmans recently opened a store in Alexandria, has a planned location in Tysons and is working on opening one on the Walter Reed campus.

David says he expects the Rochester-based company to shift to more urban locations, as Whole Foods and Trader Joe's have done, adding he knows of a couple of sites in DC proper it is looking at, although he could not say more.

A spokesperson for Wegmans said in an email that the company's store growth is focused in the Northeast and Mid-Atlantic regions, though it does not have any new DC plans to announce as of yet.