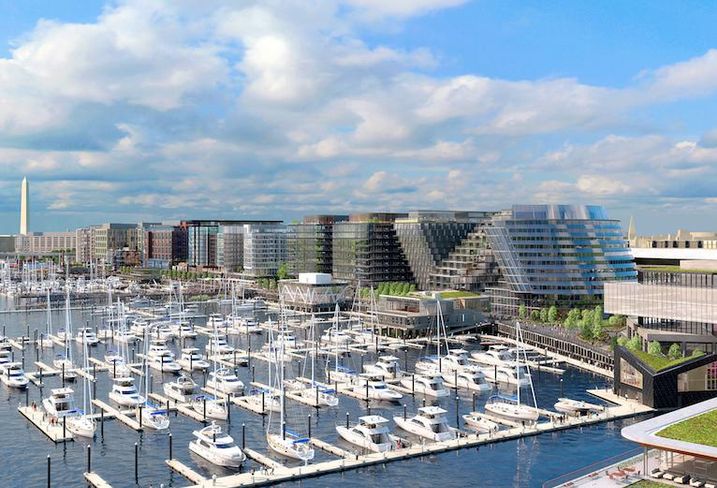 Courtesy: Hoffman Madison Waterfront, Perkins Eastman
A rendering of the fully completed Wharf project, with the Phase 2 buildings on the right

With the grand opening of The Wharf's Phase 1 less than five months away, the development team is gearing up for the 1.2M SF second phase of the massive waterfront project.

The PN Hoffman and Madison Marquette team is going through the planning process and recently filed documents that include new renderings of Phase 2, UrbanTurf first reported. 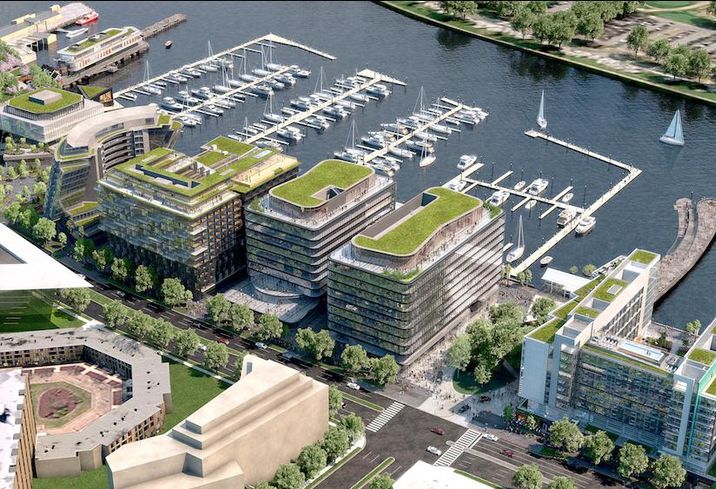 Courtesy: Hoffman Madison Waterfront
An aerial rendering of the planned Phase 2 of The Wharf

Phase 2, designed by a team of 10 architects led by Perkins Eastman, will include three office towers, one rental apartment building and a condo building.

The development team hopes to break ground on Phase 2 by Q3 2018, PN Hoffman CEO Monty Hoffman said in April. He expects to present the plan to the zoning commission in September and will continue to get feedback from the community throughout the planning process. 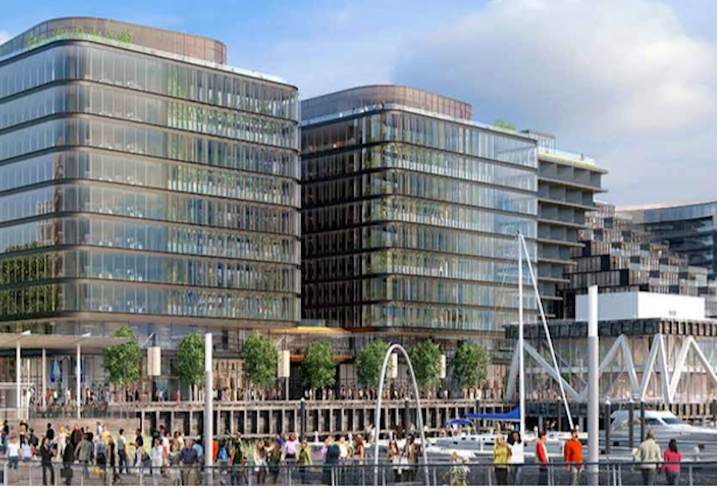 Parcels 6 and 7 will consist of two connected office towers and retail space designed by ShoP Architects and WDG Architecture. Next to those, ODA is designing a mixed-income apartment building with retail on Parcel 8.