MRP Breaks Ground On Northeast D.C. Project, Lines Up Financing For Another 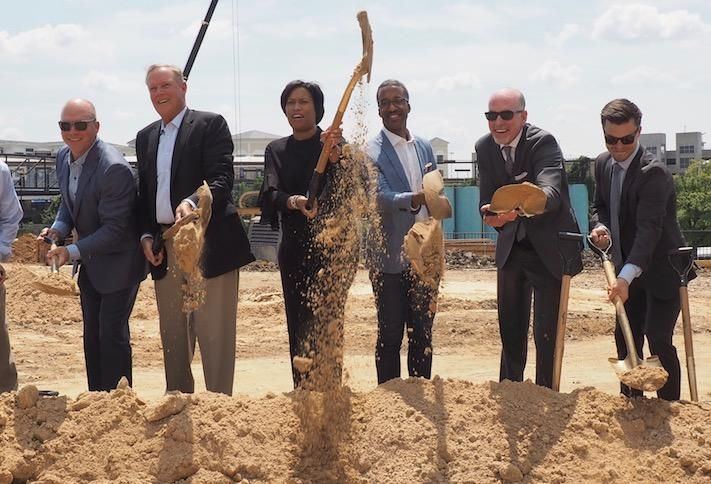 MRP Realty is making major progress on its Northeast D.C. development pipeline this month, celebrating the groundbreaking of one project and securing financing that will kick-start construction on another.

The developer celebrated the groundbreaking Friday for the first phase of its Bryant Street project, set to bring 487 multifamily units, an Alamo Drafthouse Cinema and 35K SF of additional retail near the Rhode Island Avenue Metro station.

The development, on the site of the former Rhode Island Avenue Shopping Center, is ultimately slated to include over 1,500 residential units, 250K SF of retail and 1.5 acres of green space. 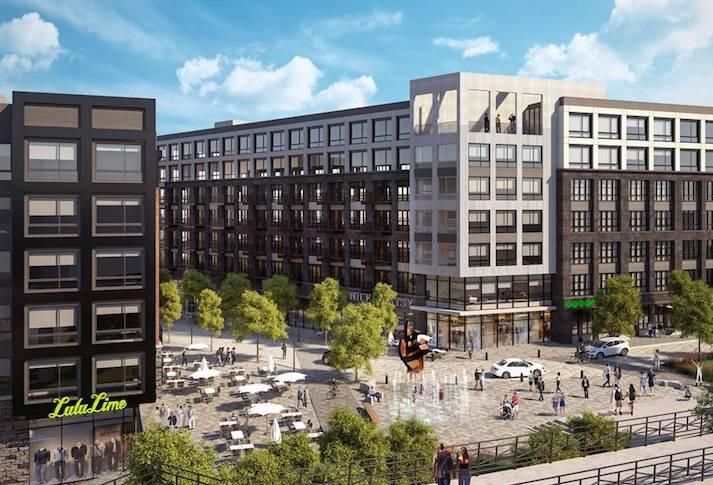 MRP brought on FRP Development Corp. as an equity partner and secured a $132M loan from Capital One for the project, which is located within an opportunity zone.

FRP used a portion of the capital gains from its July 2018 sale of 40 industrial properties to Blackstone for $347M to invest in the Bryant Street project through a single-asset fund that utilizes the opportunity zone program's tax benefits, MRP Managing Principal Bob Murphy told Bisnow following the groundbreaking.

The financing for the first phase also included a $24M tax increment financing package from D.C, an agreement Mayor Muriel Bowser praised during the groundbreaking.

"We have been able to successfully use the tax increment financing tool in neighborhoods all across the District of Columbia and have made very significant investments with that tool right here in Ward 5," Bowser said. "We can safely say with this major development we are delivering on two major commitments, providing housing options for our residents close to public transportation and working toward our vision to rejuvenate dated infrastructure in neighborhoods all across the city."

MRP also lined up financing earlier this month for a second Northeast D.C. development. The developer brought on life insurance company MassMutual as an equity partner and secured a $96M loan from Santander Bank for the second phase of its Washington Gateway project, Murphy told Bisnow. 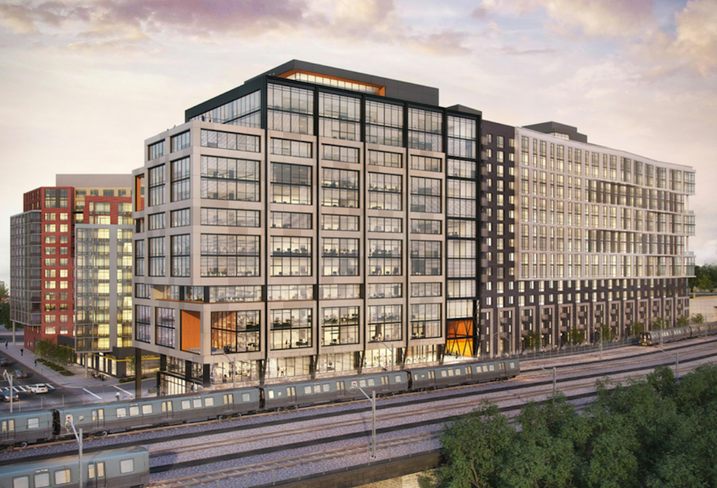 Murphy said MRP plans to break ground in Mid-August on the project's second phase, set to include 387 units.

The developer in 2014 delivered Elevation at Washington Gateway, a 400-unit building at the corner of New York Avenue NE and Florida Avenue. The project has two additional phases planned that will add 387 units and 250 units, plus ground-floor retail.

The 387-unit second-phase would be built on the northern portion of the site fronting New York Avenue. The 250-unit third phase had previously been considered as office, but MRP last year filed plans confirming it would build the project as residential. Those plans were appealed by a neighborhood group but the appeal was dismissed three months later.

The second and third phases of Washington Gateway both sit along the Metropolitan Branch Trail and are planned to include a public bike lobby fronting the trail with repair stations, water fountains and a restroom. The Bryant Street project also sits on the Metropolitan Branch Trail, about 1 mile to the north, and will include improvements to the trail and two new Capital Bikeshare stations.

Murphy, an avid cyclist, said he has taken MRP's business partners on bike rides to show them the company's development portfolio. One recent 16-mile ride left from the company's Georgetown headquarters, traveled along the waterfront past MRP's Dock 79 project, turned north and up to the two Metropolitan Branch Trail projects, then west to see MRP's The Wren project in Shaw before returning to Georgetown.