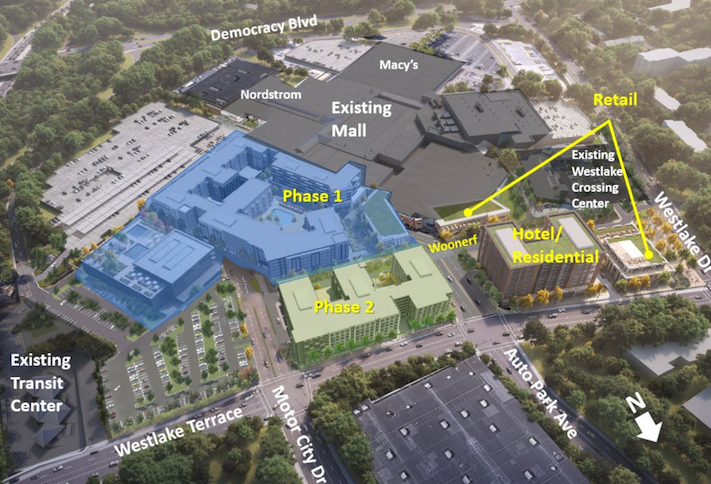 Montgomery County Planning Board
An aerial rendering of the phased development planned for the Westfield Montgomery mall.

A major redevelopment planned for the Westfield Montgomery Mall took a key step forward this week.

Mall owner Unibail-Rodamco-Westfield unveiled its plans for the site in 2018, calling for 2.9M SF of retail space and 717 residential units. The project is slated to be built in three phases over the next decade.

In the first phase, the developer plans to demolish two vacant Sears buildings and construct a 100-foot-tall building with 413 residential units. It also plans to build a four-level, 135K SF fitness center and 128K SF of additional retail in an external plaza. The plaza is planned to feature a woonerf, a European-style, pedestrian-friendly street. 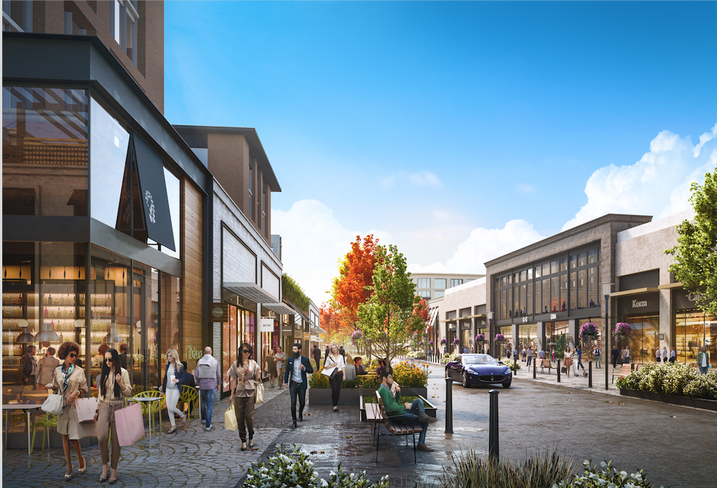 Courtesy of Westfield
A rendering of the woonerf planned at Westfield's Montgomery Mall redevelopment.

The approval was delayed last year because of the housing development moratorium Montgomery County put in place in areas with overcrowding schools. The Westfield Montgomery Mall, sitting near the intersection of I-270 and Democracy Boulevard, is in the Walter Johnson High School district.

The redevelopment comes after Sears announced the long-anticipated closure of its Westfield Montgomery store in November 2018. The property is one of at least six malls in the D.C. area looking to launch redevelopments or find replacement tenants after losing department store anchors.