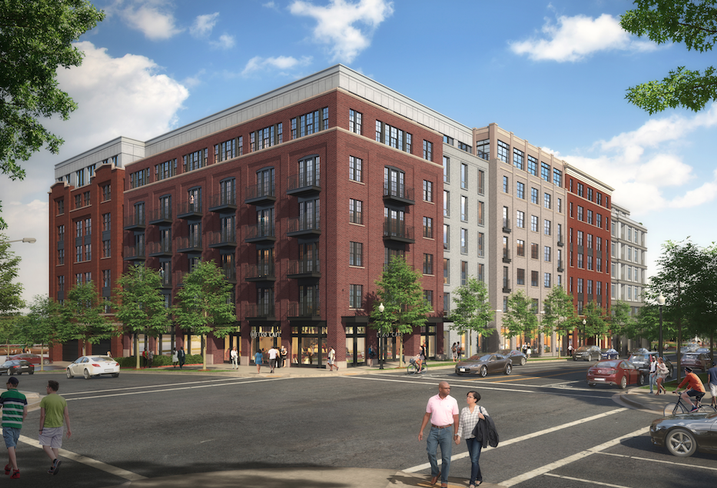 When Safeway was looking to update its traditional, surface-parked store in Capitol Hill, the grocer turned to Foulger-Pratt to redevelop the site and update it as a higher-density, modern mixed-use development.

Foulger-Pratt was able to buy the site, develop a plan to add 329 residential units and expand Safeway’s footprint by about 20K SF, and work out terms to lease the site back to the grocer until construction begins next summer.

Not too far away, on Florida Avenue between Third and Fourth streets in the Union Market District, Foulger-Pratt sees huge potential for what could become one of the District’s premier mixed-use and shopping districts. That is where they are transforming a former printing press into the anchor of an emerging retail district.

The building, which dates to 1931, could have been knocked down. But Foulger-Pratt instead is working with the city to give it a historic designation. Along with three ground-up structures, it will become Press House, a development that will include flagship-level retail space and about 450 new residential units. The project will deliver by the end of 2020.

About a quarter-mile from the NoMa Metro stop, Foulger-Pratt has a project it is tentatively calling Eckington Park. (Pictured above.) The 1.8-acre site lines the Metropolitan Branch Trail bike path and will offer 335 residential units and about 18K SF of unique retail. The project will integrate seamlessly with the bike path and adjacent parks. Foulger-Pratt has donated land for a public dog park, and is looking into the possibility of some of the site’s retail fronting the bike path rather than the street. Construction on the project is expected to kick off in Q2 2019.

We are thrilled Foulger-Pratt has joined us as a sponsor of our Bisnow Beltway Bash, to be held at the TAO Nightclub in the Venetian on Monday, May 22, from 5:30-7:30 p.m. in Las Vegas. Register here.