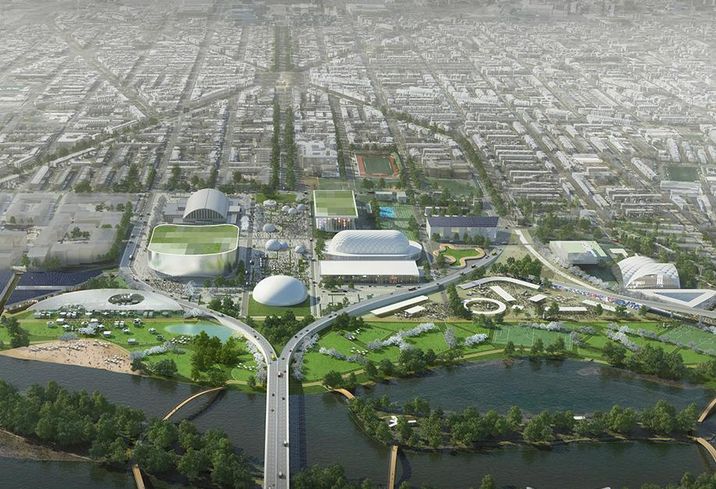 Events D.C.
A rendering of the planned redevelopment of the RFK Stadium campus

Mayor Muriel Bowser and Events D.C. celebrated the groundbreaking Wednesday on the first phase of the $490M short-term plan for the 190-acre campus of the now-vacant RFK Stadium.

The first phase will include three multipurpose turf fields, expected to open in March, on the 27-acre parking lot to the north of the stadium.

Events D.C. is working with MCN Build and Hord Coplan Macht on the fields project, expected to cost $32M. It will also feature a playground, a picnic area and a 2,900 SF pavilion with food, beverages and restrooms.

“The community has waited a long time to see this land put to good use, and today, we are all proud to get this project started,” Bowser said in a release. “When these fields are complete, this will be the community space our residents deserve."

The short-term plan for the campus includes a sports and entertainment complex, a market hall, three pedestrian bridges and a Robert F. Kennedy memorial. Additionally, a go-kart track opened in one of the stadium's parking lots in June. Events D.C. in March issued a solicitation for firms to develop and operate the market hall. It plans to request proposals for the sports and entertainment complex this fall.

Over the long term, D.C. hopes to gain more flexibility to pursue a mixed-use development, potentially with a new stadium, on the campus. Bowser is asking the federal government to either transfer full control of the site to the District or remove restrictions on the current lease that limit the site to recreational uses.

RFK Stadium sits next to the Anacostia River on East Capitol Street, near the Stadium-Armory Metro station. It is the former home of Washington's NFL team and of D.C. United, which last month began playing at the new Audi Field soccer stadium in Southwest D.C. D.C. included a series of city-owned properties just south of the stadium as one of its four Amazon HQ2 proposals.