As Monty Hoffman, Mayor Bowser Receive Honors, The Wharf And The Metro Are Hot Topics 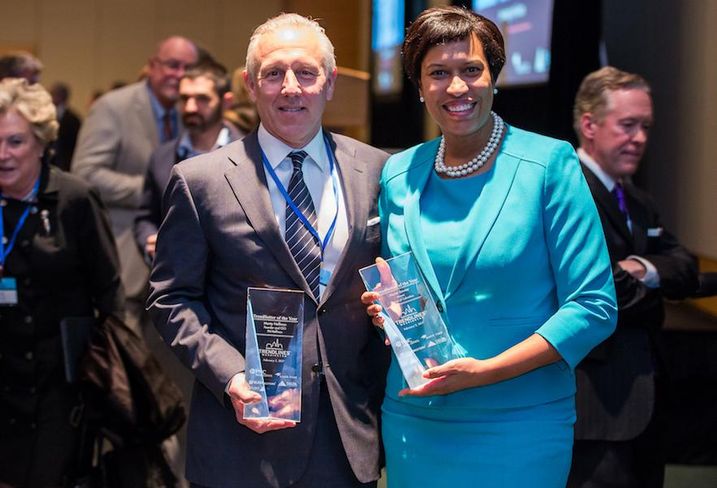 The District's biggest project, The Wharf, and its biggest problem, the Metro, were the two hot topics at Transwestern's 20th annual TrendLines event Thursday night, when PN Hoffman CEO Monty Hoffman and Mayor Muriel Bowser were recognized as the 2017 TrendSetters of the Year.

Hoffman looked forward to the Oct. 12 opening of The Wharf's Phase 1, which will include two office buildings, 900 residential units, 691 hotel rooms, a 6,000-seat concert venue, and plenty of shops and restaurants, plus four piers on the water.

Bowser discussed how her administration is adapting to the new Donald Trump White House, saying that she hopes he will follow up on infrastructure promises.

"We know there may be opportunities to work with an administration that has a background in development and construction," Bowser said, "and to work with agency directors that may approach problems facing the District differently; for example, Metro." 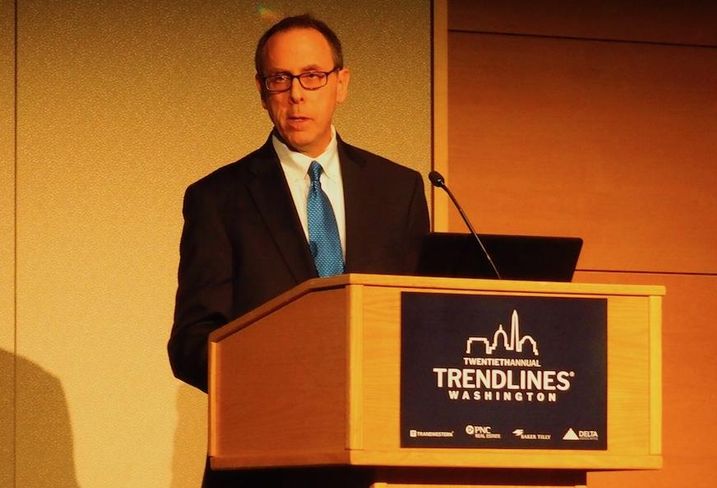 Metro is certainly a problem that needs to be addressed, and it was one of the main topics of Delta Associates CEO David Wiesel's discussion.

Weisel noted that since 2009 annual ridership has dropped more than 100,000, while it has increased in cities like New York, Chicago and San Francisco. He said the problem of revenue, with a $290M budget gap, must be addressed to get the system back on par with its peers.

"Every major transit system has problems, but among major systems, WMATA is unique in that it has no dedicated source of funding like a portion of local sales tax," Wiesel said. "In the long run, major structural changes will be needed."