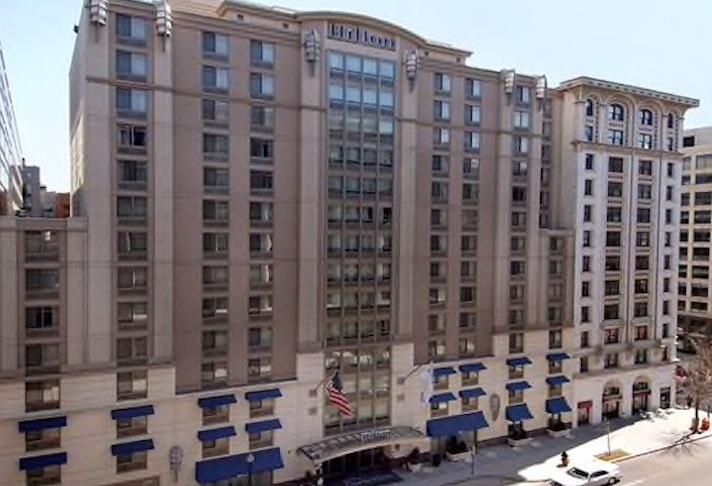 The Hilton Garden Inn that sits three blocks from the White House has just sold for $427K per room.

The hotel at 815 14th St. NW sits one block south of Franklin Square and less than a half-mile from the White House. It features a business center, meeting rooms, a fitness room, an indoor pool, a lounge and a convenience store.

The Orlando, Florida-based REIT said despite the sale, it is still bullish on the D.C. market, especially northern Virginia. In October 2017, it paid $105M for the Ritz-Carlton Pentagon City, steps away from where Amazon plans to open its second headquarters. It also owns the Lorien Hotel in Alexandria, which it recently renovated.

"We expect both hotels to benefit greatly from the vibrant economic climate in the area, including the recently announced addition of one of Amazon's headquarter locations," Xenia CEO Marcel Verbaa said in a release. "However, this sale represents another step in the evolution of our portfolio as we continue to upgrade the quality of our asset base while opportunistically harvesting value through timely dispositions."

UPDATE, DEC. 5, 2:40 P.M. ET: This story has been updated to include the names of the buyer and the broker in the deal.