The healthcare industry is rapidly changing, and the people in charge of developing and operating medical facilities are constantly working to integrate the newest trends in the field. 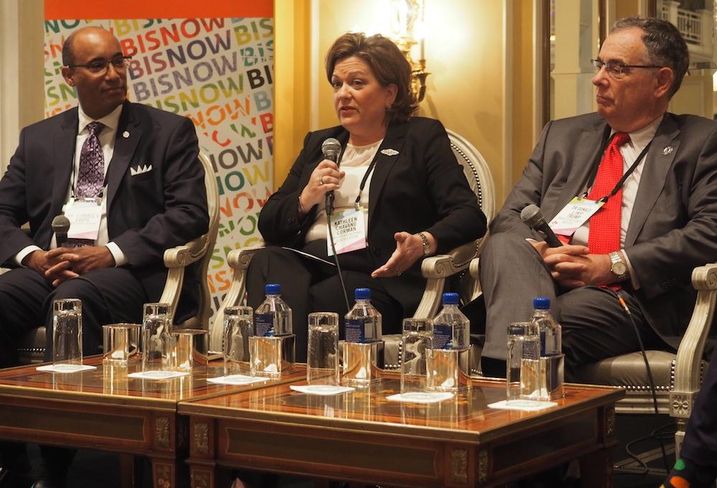 Those trends were a central topic of discussion Tuesday at Bisnow's State of Mid-Atlantic Healthcare event, held at the Willard InterContinental in D.C., where industry leaders detailed six projects in the region that exemplify the latest in medical real estate.

"We're creating a research innovation center so we can study things like infant mortality so we can start to create some precision medicine strategies around it," Gorman said. 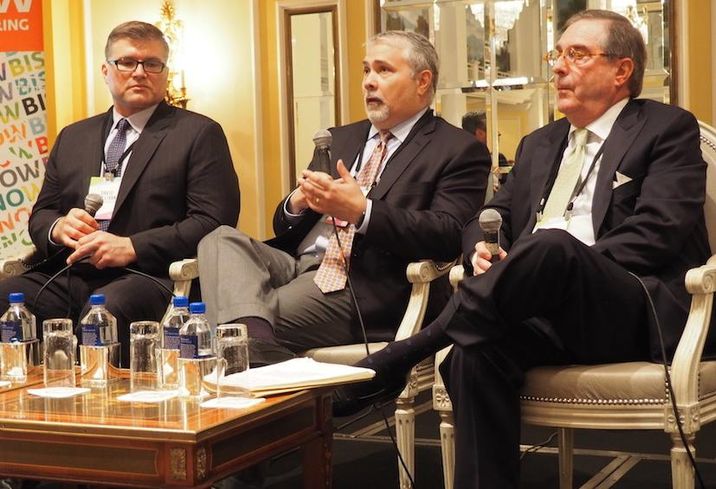 "We're seeing some really interesting adaptive reuses in the marketplace," Anania said. "Adapting a shopping center had a whole new set of challenges a lot of us weren't used to, as opposed to putting a clinic on the second floor of an MOB. We're constantly challenged by the different programs that are coming out." 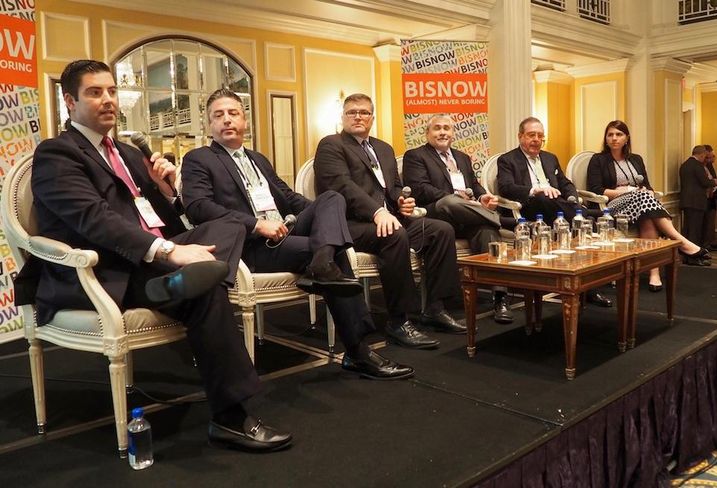 Another retail-to-medical conversion is being planned in Annapolis. MacKenzie Commercial Real Estate is seeking to sign medical operators for the second floor of a former Lord & Taylor department store at the Westfield Annapolis Mall. JLL Managing Director Matt Coursen cited this example and said it is often more cost-effective to do these types of conversion projects rather than tearing down a building and starting from scratch.

"This really speaks to the point about retail convergence with medical real estate," Coursen said. "The parking ratio is there, the access is there, the visibility is often there with retail malls and the convenience is there for the consumer." 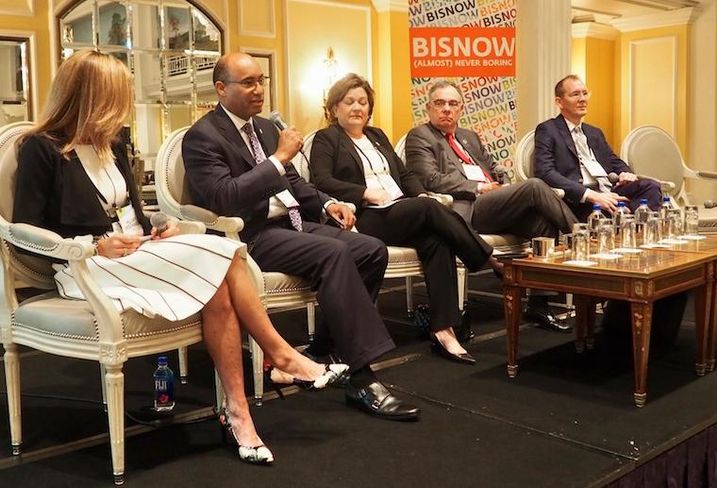 "Healthcare needs to be in the home," Coots said. "If you take an elderly person out of their home and their surroundings and put them in a hospital or nursing home, they will go downhill quickly."

With this in mind, Coots said Holy Cross is planning to build a senior health facility inside of a rent-controlled senior apartment building in Downtown Silver Spring. He said this would be the health system's first instance of providing care where seniors live. 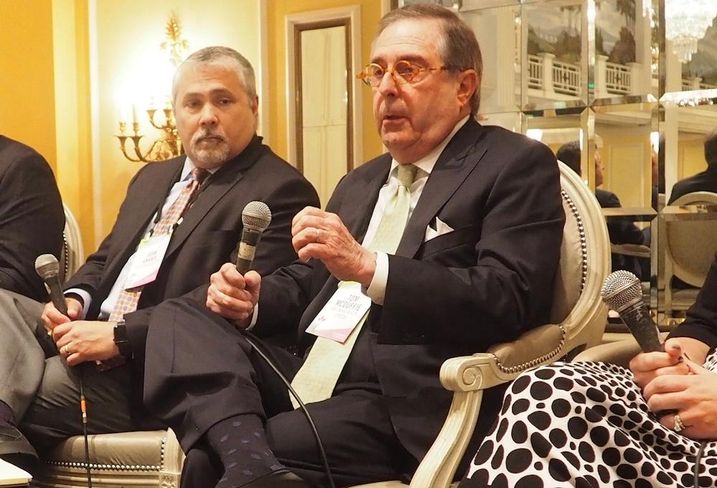 Inova Health System earlier this month began construction on a seven-story, 385K SF patient tower at Inova Loudoun Hospital in Leesburg. The facility is being outfitted with dozens of modern electrical systems that Inova did not build into older buildings. Among those are the health system's first lighting control system for patients, Inova Realty President Tom McDuffie said.

"This is meant to make the lighting experience and the healthcare experience really great, even on a cloudy day," McDuffie said. "The lighting can help you feel better."

DPR's Anania, who is working with Inova on the project, said healthcare buildings used to have a handful of systems to set up, but the Inova Loudoun project has 30 specialty systems with varying levels of complexity.

"Getting in early and understanding all of these systems and how they communicate with one another is something now that is commonplace, but it has just evolved over [the] past couple years," Anania said. "There is a tremendous amount of specialty work going in above and beyond what we consider electrical systems." 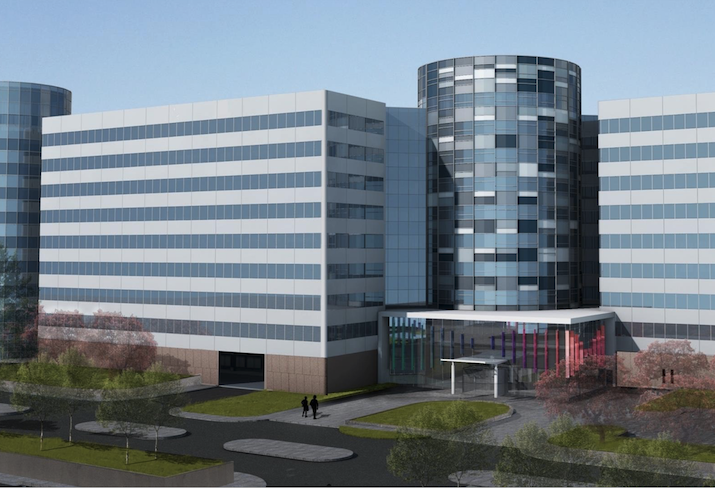 Courtesy: Inova
A rendering of Inova's renovation of the existing buildings on the Merrifield campus

Inova's larger project is underway on the 117-acre former Exxon Mobil campus in Merrifield. The health system is currently renovating four existing office buildings on the campus for a variety of medical and research uses, and it is seeking the county's approval for the 3.5M SF first phase of new construction. Exxon had developed the property with security as a top priority and the campus did not seem welcoming, something Inova is trying to change.

"The campus was designed to keep people out; we’re re-envisioning it to let people in," McDuffie said.

Two adjacent buildings on the campus are being renovated into an ambulatory cancer facility and a wet lab research facility. Inova Schar Cancer Institute CEO Dr. Donald "Skip" Trump said having these care and research uses next to each other will help improve the effectiveness of both centers.

"Getting that physical proximity, the opportunity to design facilities from the ground up to facilitate interdisciplinary care access and visibility of research is very important," Trump said. "I’m convinced it will facilitate collaboration and be a key feature to the success of cancer care in Inova Health System."