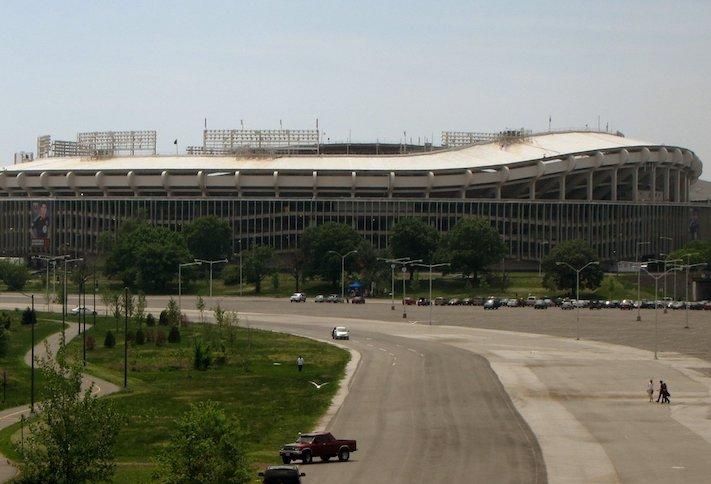 The 58-year-old RFK Stadium is slated to be torn down as the District pursues redevelopment plans for the 190-acre site.

Events D.C., the agency that operates the stadium, issued a request for proposals Thursday for contractors to demolish the 47,000-seat stadium, the Washington Post reports.

The agency is hosting a mandatory site visit for interested contractors Sept. 20 and the deadline to submit bids is Oct. 25. It expects demolition to be mostly complete by fall 2021.

The stadium that sits less than 2 miles due east of the U.S. Capitol hosted Washington's NFL team until it left for Landover, Maryland, in 1996. The stadium has also hosted baseball teams — the Washington Nationals played there when they arrived to D.C. from Montreal — and it lost its last professional team in July 2018 when D.C. United began playing at Audi Field on Buzzard Point. The facility has also hosted concerts including The Beatles and Madonna.

The demolition creates one of the largest vacant sites in the District and presents an opportunity for a major redevelopment. Events D.C.'s $490M short-term plan for the site include a 350K SF indoor sports and recreation complex, a 62K SF market hall, new pedestrian bridges, a memorial to Robert F. Kennedy and three multipurpose turf fields, which opened last year.

Events D.C. is still evaluating its long-term plans for the site, and the construction of a new professional football stadium remains one of the possibilities. Mayor Muriel Bowser has floated the idea of bringing the NFL team back from Maryland, but Chief of Staff John Falcicchio, also serving as the interim deputy mayor for planning and economic development, told the Post there have been no significant discussions in over a year.

Falcicchio suggested the opportunity to build a mixed-use development on the site that would include affordable housing. To do that, D.C. would need to gain control of the land from the federal government, as its lease only allows the site to be used for sports and recreation. Del. Eleanor Holmes Norton filed a bill in March to sell the property to the District, but it has not moved forward.