The data center market around Ashburn, Virginia, has continued to explode with new projects, far outpacing every other market in the world. But data center developers and local officials say the activity is now spreading to other parts of the region.

The desire to be near major fiber cables and large employment centers is leading data center developers to build facilities across the region from Virginia Beach to Richmond to Tysons, even in Downtown D.C.

"You can see that traffic is going to come in from Europe and South America and be distributed through Richmond rather than going to Ashburn and back through Richmond," said QTS Realty Trust Chief Revenue Officer Clint Heiden, whose firm has a major data center campus in Richmond. "We're going to get smarter about how we distribute traffic, and when we do that, we're going to create a new economy in Henrico County."

Henrico County, a suburban Richmond county about 100 miles from Virginia Beach, has benefited from the subsea cables and is beginning to shift the data center market's center of gravity, Newby Ventures owner Hunter Newby said.

"Virginia Beach changed the landscape for Henrico," Newby said. "It created an epicenter for the creation of new facilities. I see Ashburn growing toward Henrico over the next five to 10 years. There's a long runway there."

Henrico County scored a major data center win in late 2017 when Facebook announced plans for a $750M data center project at the county's White Oak Technology Park. In September, the tech giant announced it would double that investment and build a second phase.

Henrico County Business Attraction Manager Twyla Powell said the subsea cables were not the only factor that Facebook looked at. It also considered the flexibility and resiliency of the county's infrastructure and the need to diversify its data center footprint.

"They wanted to get away from the population or the congestion of New York and Ashburn, and it just so happened that the subsea cables are going to have fiber run right through to White Oak Technology Park," Powell said.

"For me, the growth of data centers in other areas is actually a very good thing, especially across the commonwealth," Rizer said. "We support that when we can, because in the legislature where big decisions are made about incentives and tax policy, we don't want them to think this is a Northern Virginia thing. So as they grow across the commonwealth, we think that's a good thing for the industry."

Some data center developers are also looking to build facilities at the center of dense employment centers to minimize the distance information needs to travel to reach key users. CoreSite in February announced it completed a new 25K SF co-location data center in Downtown D.C.

The data center was built at 1099 14th St. NW, Data Center Dynamics reported, and comes after CoreSite built a 22K SF data center nearby at 1275 K St. NW. The first data center was popular with high-frequency traders because of its proximity ot the U.S. Departments of Labor, Commerce and Treasury, DCD reported.

The second facility was converted from a building that once housed the National Archives, CoreSite Senior Director TJ Ciccone said. While it is much smaller than the data center projects being built in Ashburn, he said it wasn't easy to build.

"For those of you who are building data centers in large cities, imagine trying to fit a sixth-gen power block into a parking garage as well as water chillers on the roof and installing radiator fans on the floors and generators," Ciccone said. "It took a ton of work to build and it took a lot of engineering solutions. You can convert any building into a data center if you really want to."

Data centers can also be built as part of large corporate campuses in major employment centers. Mitre is considering building a data center as part of the five-building expansion of its Tysons campus, Mitre Director of McLean Facilities Operations Chris Boynton said. He said there are reasonable objections about using the valuable space for a data center that could be built off-site, but he said Mitre has many employees who want the ability to access the facility.

"We've got a lot of researchers and developers on-site," Boynton said. "We have a lot of people that like to go in and see the servers and make sure they're being cooled."

JLL Managing Director Allen Tucker said he has seen a ton of growth in Prince William County, which he said is now the second-largest East Coast data center market behind Ashburn. He expects other parts of Virginia will continue to grow their data center footprints. 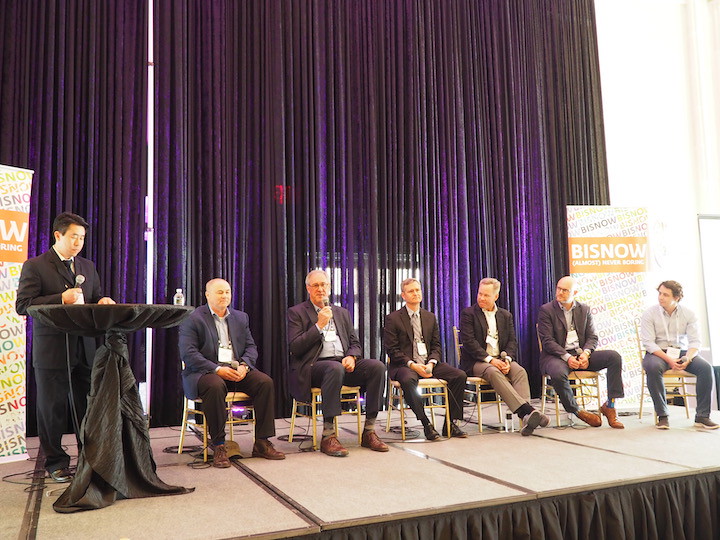