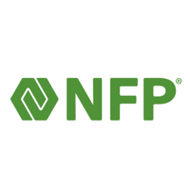 Alternative Dispute Resolution Could Bring A Boost To Union Labor

In recent years, many high-profile construction projects have been awarded to non-union contractors.

That trend is no coincidence, according to Marc Gnesin, vice president of worker’s compensation at NFP, an insurance consultancy. Gnesin described how projects that as recently as 10 years ago were union are now being awarded to non-union labor at disproportionate rates, in part because of rising costs associated with work-related injuries. Nowhere is the trend more apparent than in New York, where union construction work has eroded in favor of non-union over the past 20 years.

However, with the transition to a new presidential administration also comes the promise of new infrastructure spending.

“The Biden administration’s infrastructure plan, which is slated to be announced at the upcoming speech to a joint session of Congress, should not disappoint,” Gnesin said. “That is why the time is now for union labor to get back in the game, and the way back in could be Alternative Dispute Resolution.”

While workers’ compensation ADR programs, at a minimum, must provide benefits to injured workers that are at least up to the standard set by state laws, a well-conceived ADR program can pay big dividends for employers and employees alike.

“Most importantly, though, ADR is a collectively bargained process which returns dignity to injured workers and focuses on the swift and fair resolution of their claims,” Gnesin said.

For employees, ADR includes a streamlined approach to both medical benefits and dispute resolution. In a well-run ADR program, employees receive medical treatment immediately after accidents, with no delays. They are assigned personal care coordinators and case managers to ensure that their treatment is being facilitated in a prompt and fair manner.

Treatment disputes are reduced because doctors in the ADR program are agreed upon by both unions and management. Benefits are paid promptly, at an equal to or greater level than state-mandated benefits.

ADR provides an opportunity to implement cutting-edge and sophisticated site-specific safety programs, normally reserved for non-union labor, on union-driven projects. The goal of a good safety program is to prevent injuries from ever happening, but when they do, an ADR program gets injured workers treated for their injuries, and back to work quickly. Expeditiously returning employees to their full wages reduces the uncertainty surrounding payroll benefits that may have stopped due to long-term absences from work.

“The importance of allowing workers to realize their full earning potential, while continuing to support their families once again, in a trade they have built their lives around, cannot be overstated,” Gnesin said.

Streamlined treatment and the removal of barriers regarding treatment denials help to get injured workers back on the job quicker and claims closed faster. If there is a dispute regarding their claim, ADR comes with a built-in injured worker advocate who will contact the carrier and seek to resolve disputes within the conciliatory nature of the program. The injured worker's advocate, who will facilitate the resolution of disputes with the carrier, eliminates the myriad delays associated with the litigation process that always extend the life and cost of a claim.

“An ADR program benefits employers as well, since a return-to-work program reduces the extraneous costs of hiring replacements for injured workers by bringing employees back, within their restrictions, to fill needed jobs,” Gnesin said. “A cutting-edge safety program, signed off on by the union, also makes any project more desirable for insurance carriers.”

The most important benefit of a workers’ compensation ADR program on construction projects, Gnesin said, is the reduction of insurance costs on the project. Reducing insurance costs for union contractors allows them to bid more competitively and leads to more available jobs for union workers.

A study from Cornell University, published in 2001 and updated in 2012, using data from New York, Minnesota and California, showed a substantial reduction in ultimate project loss costs within an ADR program when compared with a traditional workers’ compensation program.

ADR is a boon to union employees and contractors alike. It is a return to the original intent of what state workers’ compensation laws were conceived to be: a fair and equitable system that compensates employees when they are injured on the job, while also providing them with the medical care they need to get them back to work quickly.

“Now is the time for unions and contractors to come to the table and agree to ADR for workers’ compensation,” Gnesin said.  “The benefits waiting to be derived by all parties are too great to ignore.”

This article was produced in collaboration between NFP and Studio B. Bisnow news staff was not involved in the production of this content.

NFP
NFP is a leading insurance broker and consultant providing specialized property and casualty, corporate benefits, retirement and individual solutions. We enable client success through the expertise of our professionals across the globe, investments in innovative technologies, and enduring relationships with highly rated insurers, vendors and financial institutions.
Confirmed! You are subscribed to the Bisnow Washington DC E-Newsletter.
Most Read Stories
More Top Stories
Bisnow DC Newsletter
Bisnow DC Newsletter