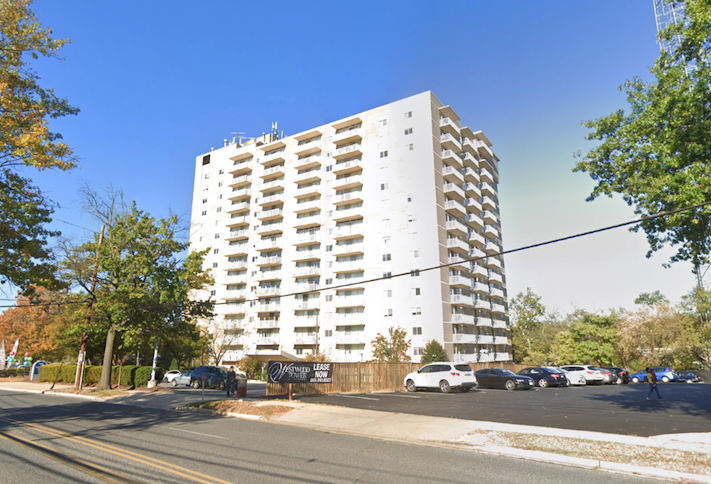 A construction project near the site of a historic black cemetery in Bethesda has sparked new protests as demonstrators continue to fight racial injustice across the country.

A group of protesters Monday gathered around the site of the historic Moses African Cemetery to oppose the ongoing construction of a self-storage facility on an adjacent property, Bethesda Magazine reports.

The burial ground dates back to the 1910s and was forgotten for decades. Montgomery County has worked to determine the exact location of the cemetery and has pointed to the site of the Westwood Tower apartment building and its parking lot. Now, Bethesda Self Storage Partners has ongoing construction on the adjacent site.

Members of the Macedonia Baptist Church have for years advocated for historic protection of the site. The demonstrators Monday gathered at the church before protesting the construction on the site. Their protests also called attention to the deaths of three black men who have been killed by police in Montgomery County: Emmanuel Okutuga, Robert White and Finan Berhe, Bethesda Magazine reported.

The properties around the site have changed hands and been subject to major development plans in recent years. The Montgomery County Housing Opportunities Commission in December 2017 bought the Westwood Tower property. It said it has considered options for redeveloping the site but had no near-term plans.

Across the street from the apartment building, the Westwood Shopping Center property has been the subject of major development proposals. Equity One had planned a 1.8M SF project on the site, and its proposal was met with opposition by community members seeking recognition for the historic cemetery. Regency Centers in early 2017 acquired Equity One, and in 2018 it downsized the shopping center redevelopment plan significantly.