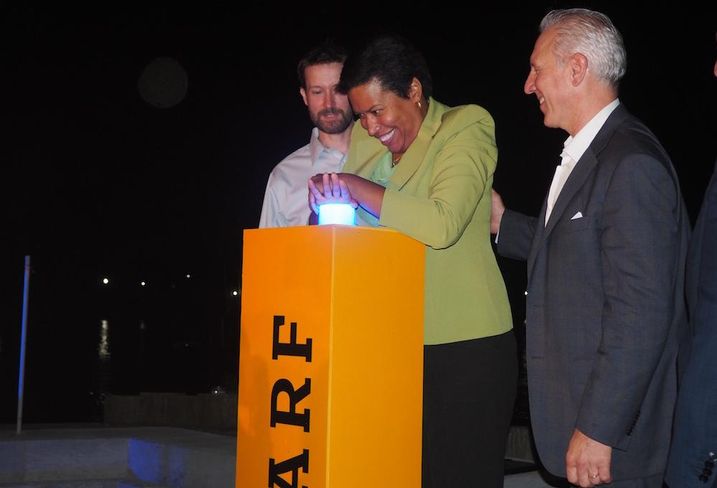 Bisnow: Jon Banister
Mayor Bowser at The Wharf in August 2016 celebrating the lighting of the Francis Case Memorial Bridge

DC Residents and tourists still have another year to wait before they can enjoy an evening on The Wharf's District Pier. But stakeholders in Hoffman-Madison Waterfront's project gathered there Thursday night to celebrate the lighting of the Francis Case Memorial Bridge.

The roughly 170k cars that cross over the I-395 bridge every day have seen The Wharf's construction progress close up. Soon the illuminated bridge will become part of the attraction for Wharf visitors as they see its glowing blue and white light over the water. 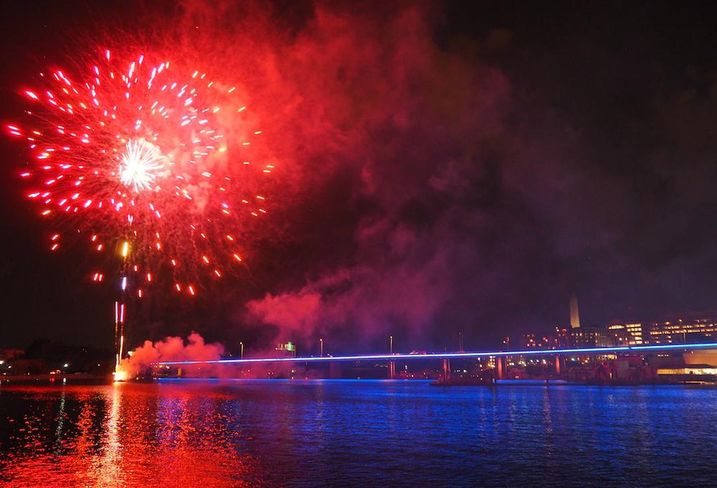 After Mayor Muriel Bowser pressed the big glowing button, the bridge lit up and fireworks exploded over the river.

The $2M light installation was created by Citelum, the same lighting architects who lit the Eiffel Tower, the Oriental Pearl Tower in Shanghai, and the London Bridge for the London Olympics. 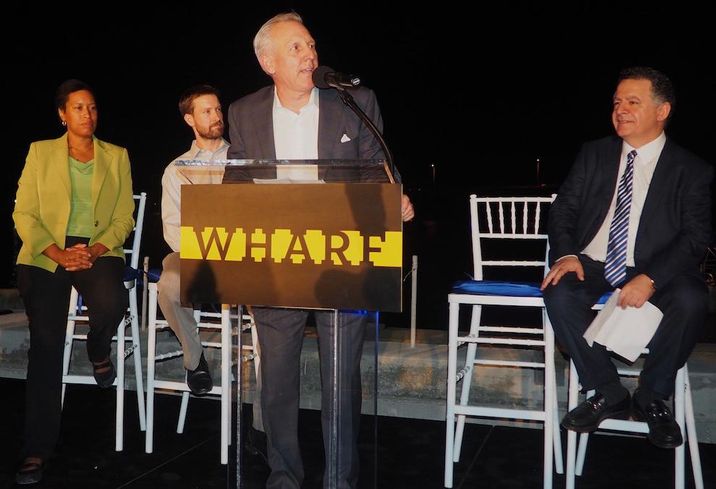 While the lighting of the bridge was certainly a lesser undertaking than the $2B megaproject it leads to, PN Hoffman founder and CEO Monty Hoffman said it was no small task.

"We’re here to celebrate a milestone that began several years ago," Monty said. "The idea of trying to light a bridge, the first real lighting of a bridge in the District of Columbia. It took several years for design, several more for approvals and about one year to put all the lights up on the Case Bridge." 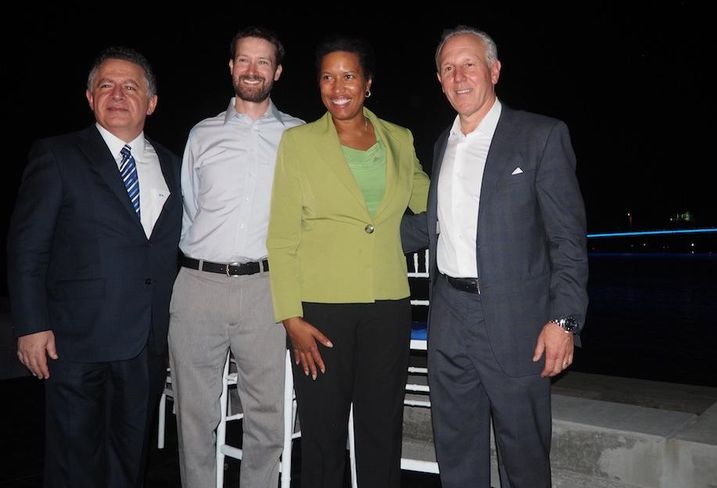 The 24-acre, 3.2M SF project was designed by 12 different architects. Phase 1, scheduled to deliver in October 2017, will include 215k SF of retail, plus condos, apartments, office buildings and a 6,000-seat concert hall.

"The goal of our team has been to preserve the iconic character of this area, but also to provide and extraordinary mix of residential, hotel, office, entertainment and restaurant options for everybody who visits and lives in the area," Madison Marquette chairman Amer Hammour (left, next to councilmember Charles Allen) said. "This bridge lighting is going to showcase the unique natural beauty of the Potomac riverfront now transformed into a real work of public art." 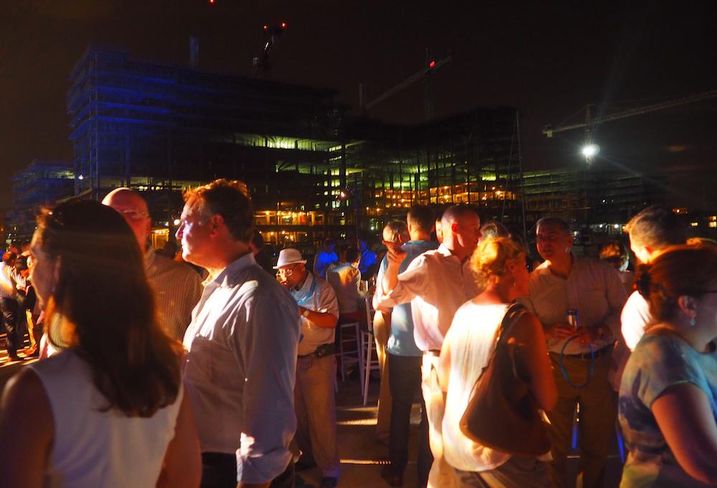 Before the bridge lighting commenced, guests enjoyed complimentary crab, lobster rolls, chicken and an open bar. Celebrating on The Wharf's District Pier, guests got an up-close view of the project's construction, and were able to imagine what the atmosphere will be like once the project delivers. 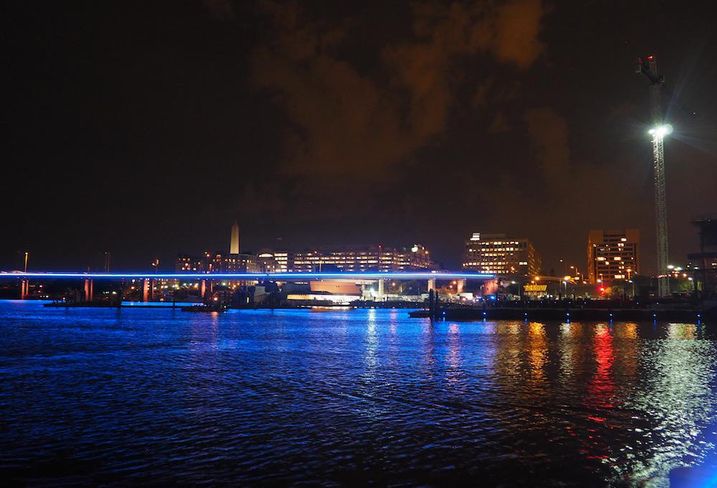 The party will have to wait another year to continue, but the glow of the bridge will illuminate the river as construction enters its final stages.