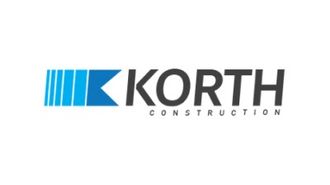 Korth Eyes 2017 Pipeline, Augmented By Growth In The Sector, With Hungry Enthusiasm

Moving into 2017, the majority of analysts’ forecasts have proven sound—we are seeing modest, consistent growth in the commercial construction industry.

“Having had a busy summer, our biggest challenge was finding enough subcontractors to bid and do the work," says Korth Construction business development VP Jodi Korth. "It's clear since the recession, the ratio of ‘amount of work’ to ‘available skilled workers’ is increasingly skewed, causing midsize companies like ourselves to work harder to maintain our competitive edge.

"The influx of work coupled with our unwillingness to compromise on quality has presented a challenge.”

Korth is actually luckier and better positioned than some, as the Associated General Contractors of America reports that DC, along with 21 other states, was in the minority of those with a net gain in construction jobs in September.

Growth is never a bad problem to have, Jodi says, and Korth has embraced it, seeing it as an opportunity to restructure and think strategically about each new project. Amping up its staff by 10% just in the past few months, Korth is poised to finish 2016 strong and looks forward to another successful year.

Some of the team’s most recent job awards include a $700k lab expansion for Institute for In Vitro Sciences, a 16k SF renovation for the DOD/OMC and a multimillion-dollar contract for building upgrades at 818 Connecticut Ave NW.

“Energized by our recent rebranding, which introduced a splash of color to our previously black-and-white logo,” Jodi tells us, "Korth’s future has never looked brighter."

Korth Companies' Blog
Since 1982, excellence of execution and personal management, coupled with construction projects that are delivered on time and within budget, has resulted in a prominent base of repeat clients that consistently entrust their most demanding projects to The Korth Companies, Inc.
Confirmed! You are subscribed to the Bisnow Washington DC E-Newsletter.
Most Read Stories
More Top Stories
Bisnow DC Newsletter
Bisnow DC Newsletter