D.C.-Area Construction Starts Were Down 50% Before March Began 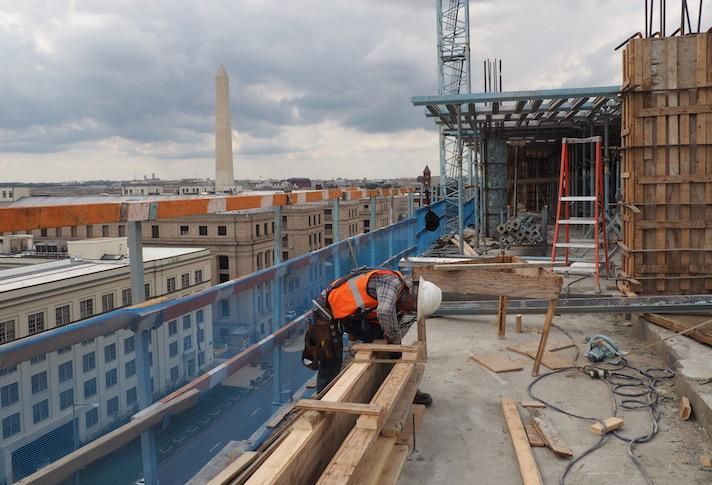 Bisnow/Jon Banister
A construction worker at Republic Properties' apartment project near the National Mall in 2018.

The spread of the coronavirus has ground the D.C.-area economy to a halt in recent weeks, but even before the region's first positive case was confirmed, developers were already hitting the brakes on construction.

In February, new nonresidential construction starts in the D.C. Metro area were down 53% from last year, according to a new report from Dodge Data & Analytics.

The nonresidential construction projects that began in the D.C.-area last month totaled $553M. The region's total construction starts in February came to $1.35B, a 28% year-over-year decline.

That decline in construction starts came before the first case of the coronavirus in the D.C. region was discovered March 6. The region now has more than 1,200 confirmed cases and 21 deaths, according to the Washington Post.

The spread of the pandemic this month has led to event cancellations, forced business closures and layoffs, and developers have begun to halt construction on new projects because of the economic crisis.