D.C. native Marcus Goodwin, a 28-year-old working in commercial real estate development, wants to be the youngest member of the D.C. Council. 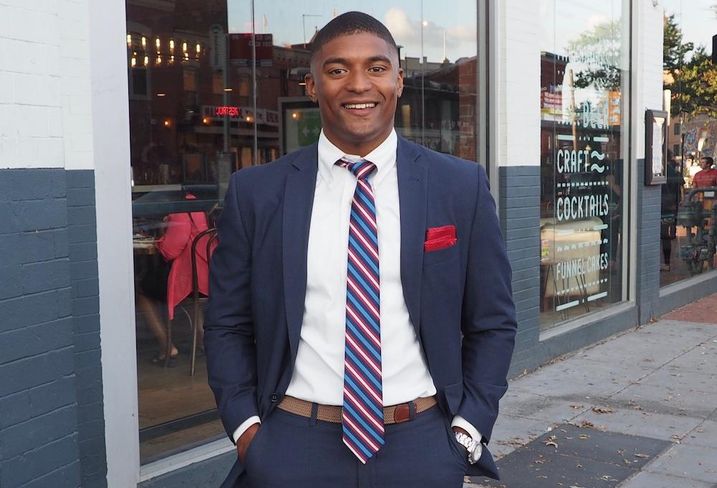 On Sept. 22, Goodwin announced he is running for the at-large seat currently occupied by council member Anita Bonds, who was first elected in 2012. The development professional aims to win the Democratic primary June 18 and advance to November's general election.

Goodwin currently works for D.C.-based developer Four Points LLC as an acquisitions associate. He entered the D.C. real estate world in 2013 with the region's largest developer, The JBG Cos., where he worked in acquisitions and development for the firm's retail arm.

The centerpiece of Goodwin's campaign is a mission to make housing in the District more affordable. He applauds the work Mayor Muriel Bowser has done to prioritize the issue, noting that the city has made progress in providing more affordable units. But he said having someone from the development community on the council would help the District better work with the private sector to build affordable housing.

"I have good perspective on how far you can push a deal before you kill it," Goodwin said while dining on chicken wings and grilled shishito peppers at Halfsmoke, a Shaw restaurant owned by his former roommate. "I know how far you can push it to get the maximum community benefits before you effectively hamper or kill the deal. I don’t think there’s anyone in City Hall who has that perspective." 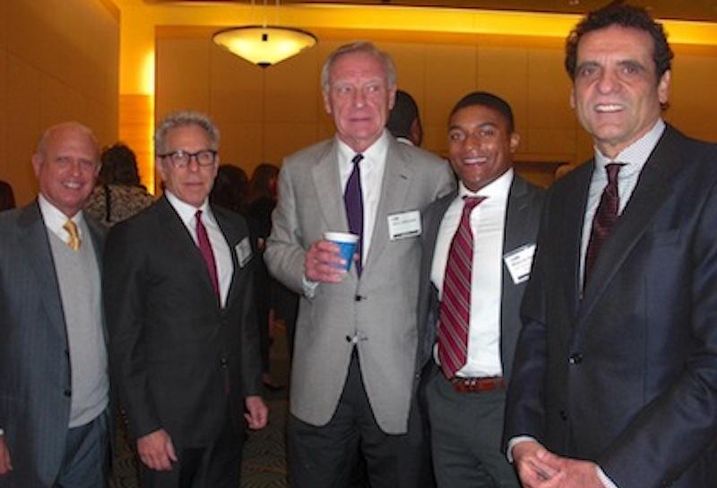 Growing up in D.C., Goodwin's mother lived in Columbia Heights in Northwest D.C. and his father lived in Congress Heights in Southeast. Splitting his time between those neighborhoods, watching the former grow to attract development and young professionals while the latter remained among the city's poorest, shaped the way Goodwin looked at the city.

Goodwin was one of eight siblings. He attended D.C. public schools early in life before going to St. Albans School, a private all-boys high school in Northwest D.C. He then left to attend the University of Pennsylvania, where he graduated with a bachelor's degree in Urban Studies and Real Estate Development in 2011.

He spent one summer during college interning for then-council member Jim Graham and another as an intern in the Office of the Deputy Mayor for Planning and Economic Development during Mayor Adrian Fenty's administration. He said he did have political ambitions at the time, but working with developers through DMPED that summer gave him an affinity for the private sector.

"I saw real estate developers as visionaries and community builders who were well-respected and revered for the work they did," Goodwin said, acknowledging that not all hold such positive views of the profession.

Even though he envisioned himself in D.C.'s real estate industry, Goodwin took a job in New York City after college working as an analyst for investment bank Morgan Stanley. Two years later, a high school friend who worked for JBG told Goodwin the firm's retail group, JBGR, was looking for someone to work in acquisitions. He took the Amtrak down, interviewed and got the job. 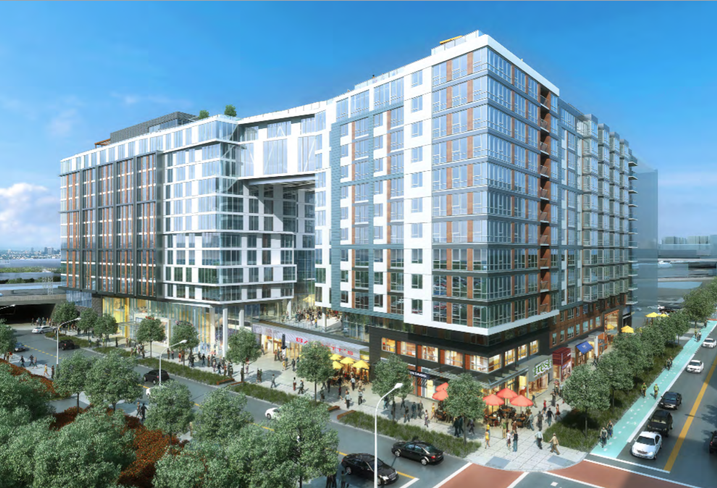 During his time at JBGR, Goodwin worked on the developer's joint venture with MRP Realty at 965 Florida Ave. NW, a 428-unit mixed-use project. The developers recently broke ground on the project that will bring a Whole Foods to Shaw, where Goodwin's office is today. He also helped JBG land a partnership with Gallaudet University to build a major mixed-use development on Sixth Street NE near Union Market.

Goodwin left JBG in 2014 to go to back to school. He spent the next two years at Harvard University's Graduate School of Design, where he earned his master's degree.

He then came back to D.C. in February 2016 to work in acquisitions for Four Points LLC. While at Four Points, Goodwin has worked on Storey Park, a mixed-use development in NoMa with 462 residential units, a 225-room hotel and 23K SF of retail. The project, a JV with Perseus Realty, is expected to break ground early next year. Goodwin has also been working on Chapman Stables, a 114-unit condo project in Truxton Circle that the developer broke ground on late last year.

"Marcus is very affable and relates well to all different types of people," Sunter said. "This allows him to draw important opinions and information from a variety of people, and then he has the intelligence to thoughtfully analyze that information and respond." 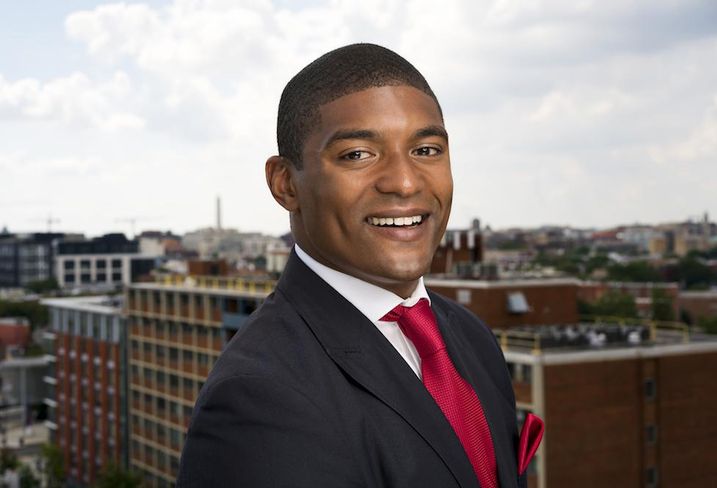 Goodwin will continue working at Four Points during his council run, though he said he will scale back some of his responsibilities to make time to campaign. He said he decided to run for the seat because he sees this as an important time in D.C.'s transformation and thinks he can be a positive influence.

"Given the dramatic change over the past 20 years, I see now as a critical time," Goodwin said. "Wages are not rising and people can't afford to stay in the city. It's getting more dire every day."

The two issues he plans to focus on are creating more affordable housing units and protecting longtime homeowners from rising property taxes.

His mother bought her Columbia Heights house for $84K in 1994, Goodwin said, but it is now taxed at an assessed value of $850K. As a DCPS teacher, she has a difficult time affording the property tax bill, which Goodwin said showed him the seriousness of this problem.

"I want to be able to offer property tax relief to long-term homeowners to keep people who have invested in making the community great in their homes and able to afford to stay there," Goodwin said.

As for creating more affordable units, Goodwin praised D.C.'s current efforts, but said he has new ideas for ways to improve them. Among those ideas, he said a percentage of proceeds from the sale of condominiums governed under the city's inclusionary zoning laws should be committed to the Housing Production Trust Fund, the city's tool for developing and preserving affordable units.

In addition to setting aside units as affordable, Goodwin said the city should encourage developers to build more overall units to grow D.C.'s housing stock and bring down pressure on rents.

One impediment to housing supply growth he identified is the recent glut of projects getting stuck in court after having their Zoning Commission approvals appealed. A total of 15 D.C. projects that would create a combined 6,500 housing units sit in limbo because of these appeals, and the Union Market neighborhood has recently become the front line for this battle. The JBG-Gallaudet project Goodwin worked on is among those currently facing appeal.

"If you see a project held up, that's bad for everybody involved," Goodwin said. "It's really having a detrimental effect on the revitalization of D.C. and this economic renaissance we're seeing in the city."

The council has a role to play, Goodwin said, in creating a more clear entitlement process and fostering productive dialogue between community members and developers.

Since announcing his run, Goodwin said he has begun attending community meetings throughout the District and plans to ramp up his campaigning in 2018 as the June primary approaches. His campaign team currently consists of nine people: a campaign manager, treasurer, three communications staffers, a policy director, fundraiser and events coordinator. He is having an official campaign kickoff on Oct. 15 at Halfsmoke.

Two other candidates have already filed for the at-large seat, environmental activist Jeremiah Lowery and Justin Green. Bonds has not filed for re-election and a spokesperson told Bisnow that she is still deliberating.