The Woodmont Triangle area of Bethesda is humming with construction activity, with high-rises from JBG, Bainbridge, Donohoe Construction and StonebridgeCarras popping up left and right in the small neighborhood bounded by Woodmont Avenue, Old Georgetown Road and Rugby Avenue. 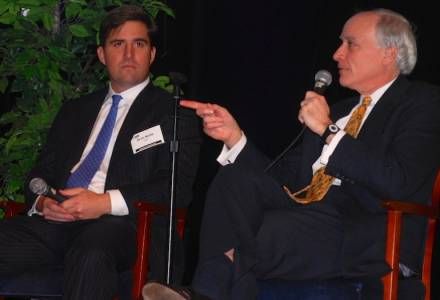 StonebridgeCarras principal Doug Firstenberg (who we snapped with MRP Realty's Ryan Wade last year) told Bisnow today that his 359-unit, Harris Teeter-anchored 8300 Wisconsin Ave development will open Q4. He thinks 8300 will spur another wave of development in the neighborhood that, for years, has been sarcastically called "the other side" by locals. Bainbridge Bethesda last year opened a 17-story, 200-unit apartment building that has redefined the area’s skyline. Until now, the Triangle had been dwarfed in activity and renown by its neighboring district to the south, Bethesda Row. The Row has a cadre of luxury shops and a constant flow of pedestrians. But all that activity comes at a price. A really, really high price. With nowhere for cost-conscious Millennials to go near the Row, “the other side” suddenly looks quite appealing, and developers are taking notice. 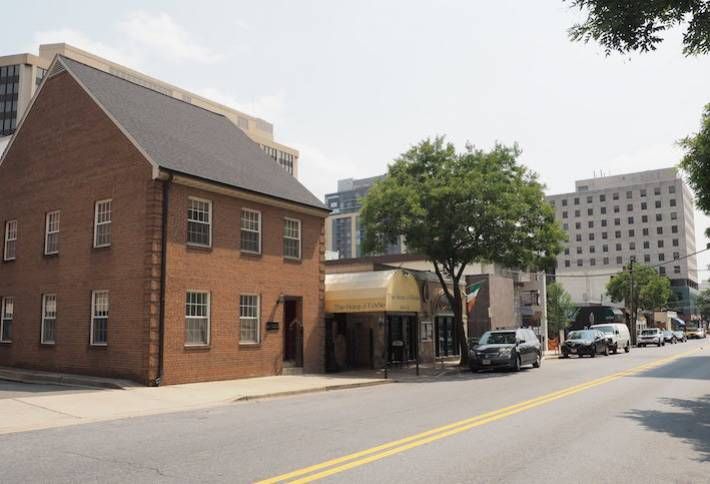 Bisnow has learned that Greenhill Properties founder Lenny Greenberg purchased 4840 Cordell Ave on Monday, the final piece of an eight-parcel strip on the road he now controls. He's offered Montgomery County $5M for two parcels on the strip, but the county turned him down. He doesn't need those parcels to build a new high-rise development, which he anticipates happening in the future. Lenny hasn't decided what that development will be—the county could still theoretically sell him the parking lots—but said he plans on waiting out Montgomery County's review of the Downtown Bethesda Master Plan before he moves forward. 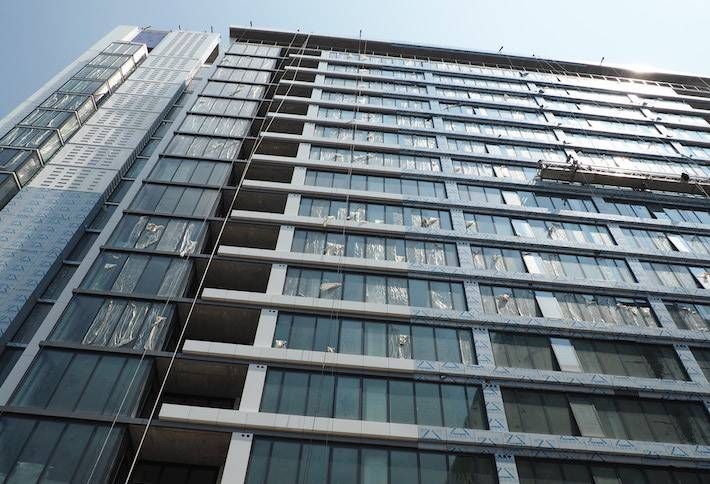 Montgomery County staff has already drafted the 1994 plan's revision, planning for a 20% increase in density in the central business corridor. Developers will likely hold off on starting any new development over the next year or so, multiple sources told us, while waiting for the new plan to be approved. Some developers, like JBG, didn't see any point in waiting; it's developing 7770 Norfolk Ave, a 244-unit condo building with 6k SF of retail, expected to deliver this fall. 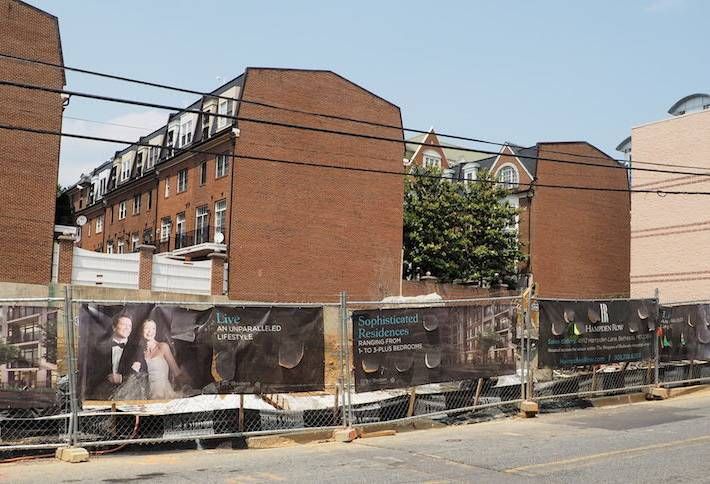 Toll Brothers is under construction on the 55-condo Hampden Row project at 4912 Hampden Lane. The Lenkin Co has submitted plans to construct a 16-story, 210-unit apartment building just down the block from Bainbridge Bethesda. Duball LLC is about to break ground on a 43-unit ultra-luxury condo project across the street from Stonebridge's Harris Teeter. In all, more than 1,000 units and hundreds of thousands of retail square footage are already in Woodmont Triangle's pipeline, and the master plan should bring even more. 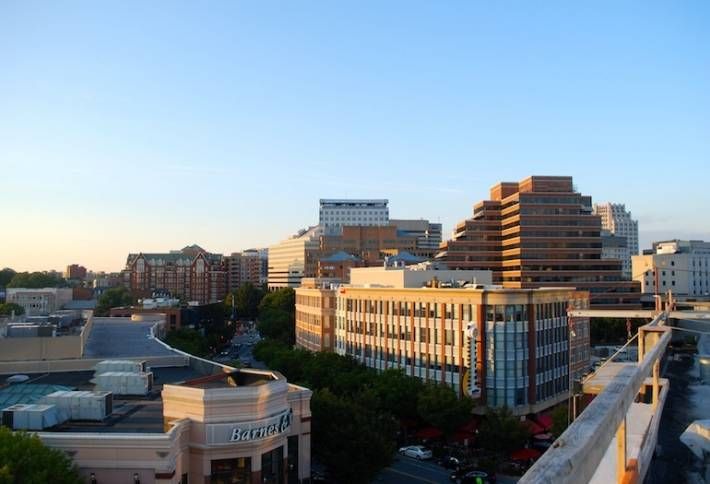 It shouldn't come as a surprise that "the other side" is finally catching up to its glitzy neighbor. It's walkable from NIH and Walter Reed Medical Center, which combine to employ tens of thousands of people. More than 40,000 people already work in Downtown Bethesda, which is why none of the new development has any office component. That's the situation residential buildings were in a decade ago, Doug says, but times have changed. "You've had this surge of activity, great development with mixed-use. The Triangle is going to have a great vibe." The grass is looking pretty green on "the other side."