Ted Lerner owns the Washington Nationals and more land in the region than anyone. If you live, work or play in the greater Washington area, chances are you are in a Lerner building. Ted also rarely gives interviews, so Bisnow is honored that he took the time to answer questions from us, just a couple of weeks after his 90th birthday. 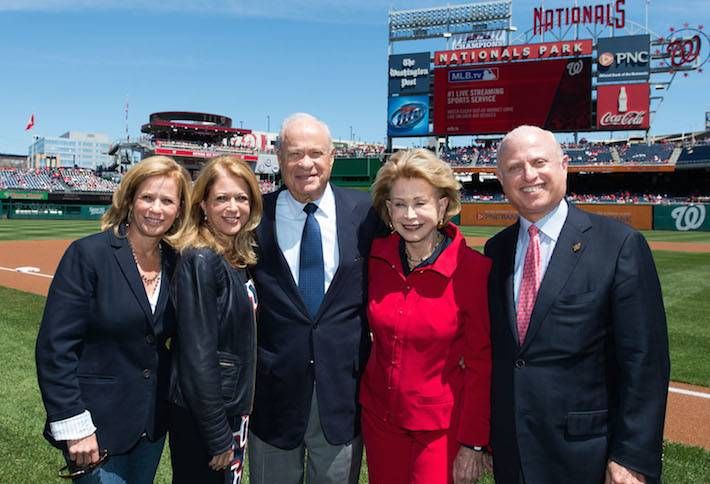 Bisnow: You're going to be awarded the Lifetime Achievement Award from the DC council of the ULI this week. What does that award mean to you?

Ted Lerner: It has been especially gratifying to spend my entire adult life working to make my hometown even better. It has been, and remains, a commitment of mine and of my entire family. To be honored for that relationship with the community is particularly rewarding.

Bisnow: You and your family are one of the largest private landowners in the region, and you've developed here for more than a half-century. Does today's current pace of development, particularly residential and mixed-use development, have any comparisons since you've been in business here?

Ted: Years ago, I believed the Washington, DC, area needed to reflect and accommodate the diverse growth and vision that was making our hometown much more than a political or government town. Certainly, that growth and vision has been embraced and realized over the last 50-plus years. Development in the nation’s capital, Northern Virginia, and in nearby Maryland, has not only boomed in that period of time: it has also turned our communities into the most desirable anywhere in the world. That’s been very satisfying to watch and to help make happen. 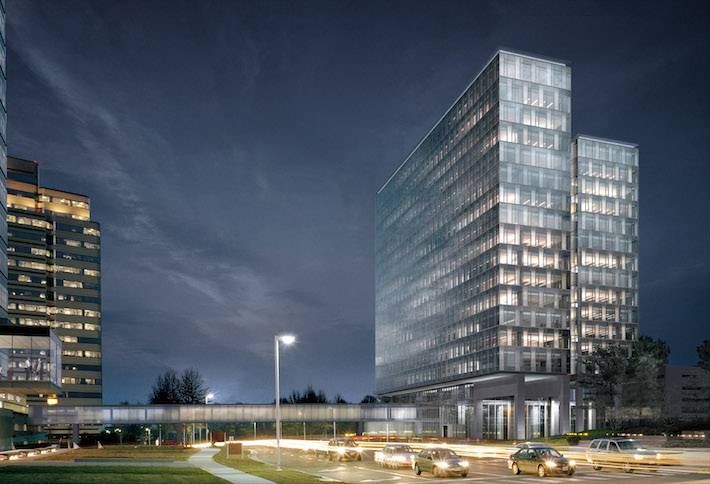 Bisnow: What projects are you working on now that you're most excited about?

Ted: Our new developments at Tysons are especially exciting. With the opening of the Silver Line Metro, Tysons is now better than ever. Our Residences at Tysons II—presently in design—will be twin 31-story residential towers, with exquisite condominiums and unparalleled views. Our sales center will open next spring. We are currently finishing the newest 475k SF office building at Tysons II—1775 Tysons Blvd (rendered above)—which is the first LEED Platinum office building in that area. We are receiving a strong early reaction as people seem struck by the beauty of the building with its combination of sophistication and warmth. It also has an unbelievable walkway connecting the building to the Ritz-Carlton Hotel and Tysons Galleria Mall and other office buildings.

Bisnow: You've made a massive investment into Tysons. How would you evaluate the returns so far? Does WMATA's growing troubles worry you about the Silver Line's near- and long-term potential?

Ted: Tysons Corner Center opened in 1968. 1775 Tysons Blvd—our newest project in Tysons—will be complete in 2016 with five buildings in between. It is safe to say that we believe in Tysons. And we are excited to continue. We have land at Tysons to build much more—including a site right next to the new metro to build a 1.9 million SF mixed-use project. The Silver Line makes Tysons better.

Transportation and the way traffic moves—and where it goes—has had a great impact on the entire Washington area. The Metro, the Beltway—and now the Bus Rapid Transit currently being planned up Rockville Pike—continues to change the way life in Washington works and reinvents itself. As a result, Washington has both a strong urban core, as well as accessible suburbs and sub-cities that are creating a truly thriving metropolitan area. 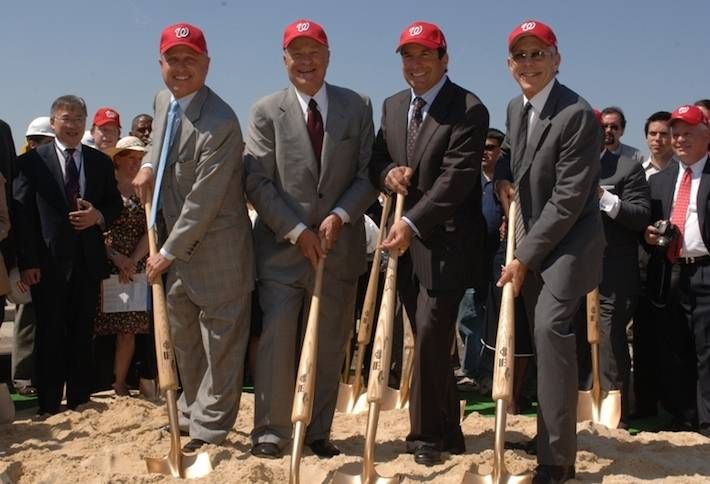 Bisnow: We can't get an exclusive with the owner of the Nationals without asking a baseball question. What do you think went wrong with the team this year? How confident are you that the team can return to dominance next year?

Ted: When we were awarded the MLB franchise, we made three commitments to the fans of the Washington, DC, area. We pledged to build a franchise that would be competitive annually and bring a World Series trophy to our hometown; we pledged to create a family-friendly, second-to-none, ballpark entertainment experience; and, we promised to make the team a meaningful participant in community affairs.

We take those stewardship commitments very seriously. We have built a winning and solid baseball franchise, from farm system to the major leagues, and are working overtime to bring that elusive trophy to Washington, DC. There is no better ballpark to watch baseball in than Nationals Park. We hope the team and the Washington Nationals Dream Foundation will make our area a better, safer and healthier place for families and children to live and play—every day.

Bisnow: Let's end where we began, with your legacy. Lerner Enterprises is a family business. Does your legacy and your family's legacy factor into any of your real estate decisions? What do you want people to think of when they think of Lerner and your family?

Ted: Legacy is probably something for others to decide. I am proud that our family has had the opportunity to participate in making the greater Washington, DC, area a more livable, enjoyable and vital place for everyone to call home. There is little more gratifying than watching my children—and now grandchildren—embrace and further commit to that obligation. Making a hometown better is a rewarding job.