The Southwest Waterfront and Capitol Riverfront have a record amount of cement being poured. It's setting some exciting new trends across commercial real estate, even two years from completion. Which company has the stronget foothold? Will retail be a big factor? We're excited to present our On the Waterfront: A Detailed Look at DC's Booming Capitol Riverfront & Southwest Waterfront at Arena stage, this Thursday, June 11, starting at 7:30am. 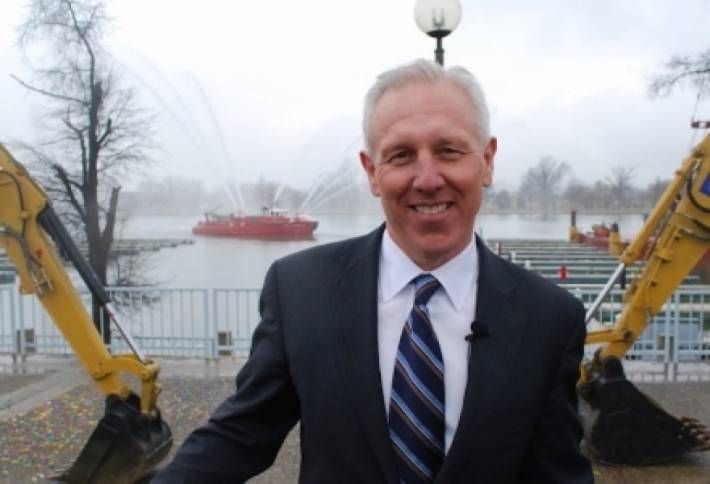 One of the newest developments is conceptual approval for light on the Southwest Waterfront’s Case Bridge, being executed by the French company that brought lighting to the London Bridge during the 2012 Olympics. (If they could put lights on a bridge that is constantly falling down, we think they can handle Case Bridge.) Among our speakers, PN Hoffman CEO Monty Hoffman (whose company, with Madison Marquette, is developing the $2B The Wharf) tells us the approval process has taken nine months, a blink compared to other aspects of the project. The company will use all LED lighting along the bridge and roadway platform. The Case Bridge is an artery into Virginia and carries 170,000 cars daily. 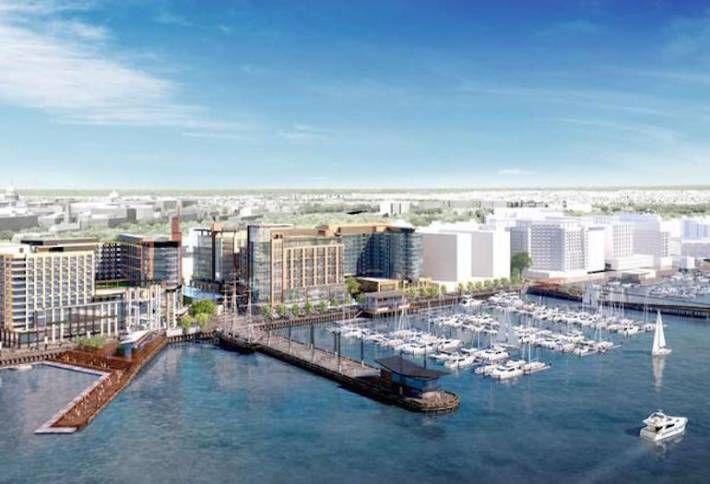 Monty tells us he’s also working with National Harbor, The Yards, Old Town Alexandria and Georgetown to get an expanded water taxi service to link all the waterfronts. He envisions an Uber-like app that lets riders visually see the location of the boats and provide ETAs. A free ferry between the Waterfront and Hains Point will be ready to go by Cherry Blossom season 2017. Monty says he envisions office workers hopping on the ferry to hit balls at the Hains Point golf course. 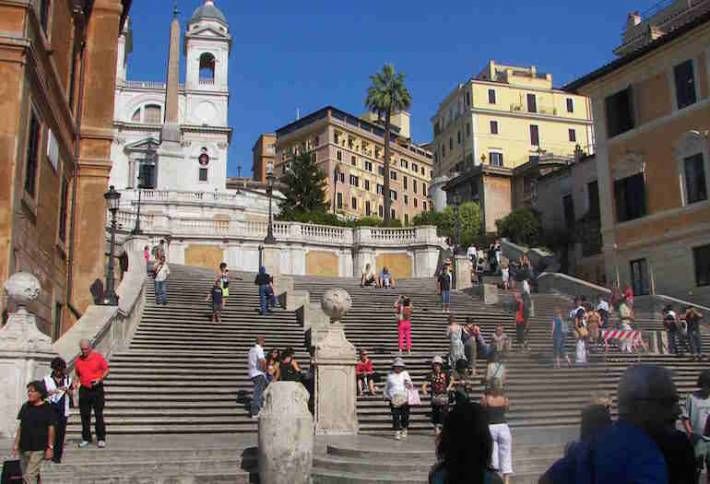 The VIO, a glamorous condo offering, starts selling at the end of this month. Hoffman Madison also just received approval to build a sweeping set of stairs like the Spanish steps in Rome (above), from 10th Street to Maine Avenue, giving visitors easy access to the Mall and amazing views from the top. Monty says more announcements are on the horizon, including the names of two more hotels, a lead office tenant and several restaurants that have already signed LOIs. Monty says he’s also working on bringing in a rum distillery. (Spain, rum, sweeping views? Is it possible this is an elaborate ruse to film another Pirates of the Caribbean?) 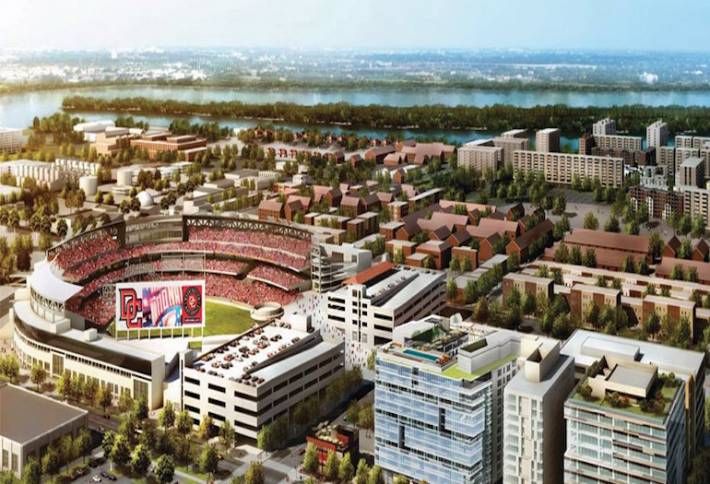 Grosvenor Americas has 325 apartment units with 25k SF of retail coming to the Waterfront in early 2017, says SVP Don Capobres, who will also speak at our event. Who will fill that space? Millennials, of course. Don says they're a generation that’s cost conscious (45% of them have moved three times in the last three years and 35% have moved twice), so pricing will be a factor. The units are smaller, so the gross cost to the tenant is less and some of the amenities in the building will compensate for the lack of space. Tenants can share lounges that can serve as living rooms and it’s (so far) the only residential project that has Nats Park views from its rooftop. The company plans to augment the views with large TV screens. 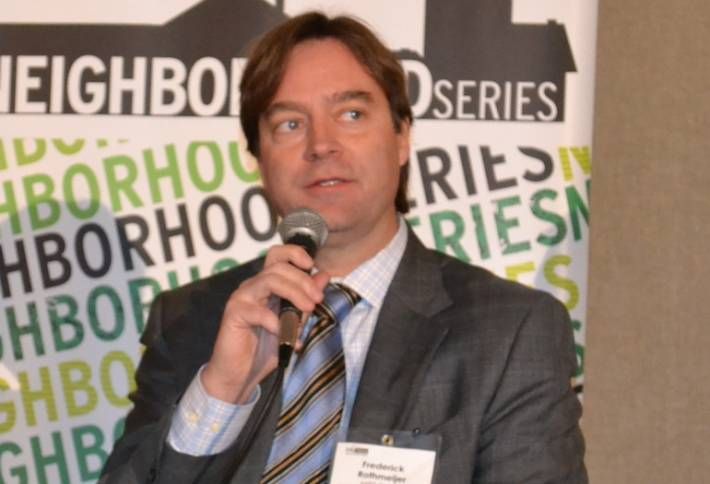 On the retail side, MRP Realty founding principal Fred Rothmeijer, snapped speaking at our Tysons event this year and returning for Thursday's Waterfront event, says shops and restaurants will play a huge role on the new Waterfront. But that wasn’t always the case. When his company started working on its 300-unit apartment building with 18k SF of ground-floor retail, brokers said it was a mistake to devote so much space to shopping. But Fred says the Waterfront tides have turned. MRP’s project is one of the few that's directly on the water, without being bifurcated by a road, similar to Washington Harbor. To learn more, please join us for our On the Waterfront event at Arena stage, this Thursday, June 11, starting at 7:30am. Click here to sign up.