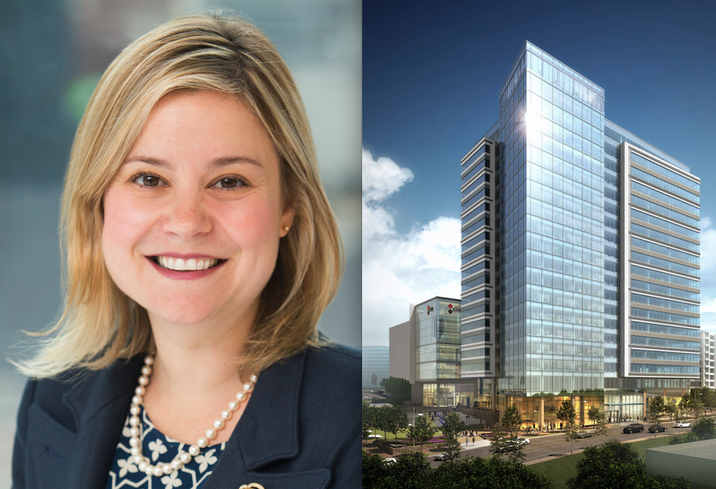 The prominent New York developer hired Hilary Allard Goldfarb from Bozzuto to lead its mid-Atlantic region, and she will be based in the firm's new D.C. office, Rockefeller Group announced Thursday.

Rockefeller Group in 2016 hired Hines' former D.C. managing director, Dan Moore, signaling its intention to expand to the region. Moore has recently been promoted to president and CEO, effective April 1. In August, Rockefeller Group became a partner with The Meridian Group to develop Boro Tower, the 437K SF trophy office building at The Boro mixed-use development in Tysons.

"We are thrilled to have Hilary as leader of our Mid-Atlantic Region," Moore said in a release. "She’s an accomplished and experienced real estate professional with extensive knowledge of the metro D.C. market. Her market insight, development experience and deep relationships will be invaluable as we continue to grow our business in Washington, D.C., and beyond.”