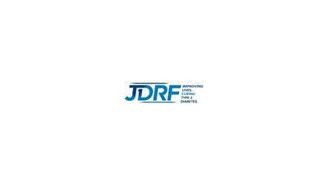 The 28th Annual JDRF Real Estate Games, presented by the JBG Cos. on Thursday, June 1, at American University, promises to be an event to remember.

This year's games have the potential to make fundraising history by raising more than $520K for the Juvenile Diabetes Research Foundation and Type 1 diabetes research. The event brings together the D.C. area's CRE industry for a sold-out day of Olympic-style competition.

Should the games meet or beat their fundraising goals, this will be a landmark year for CRE and the T1D community. The two-year leadership of honorary chair Jill Goubeaux — a senior vice president with JBG Cos. and the games' first female honorary chair — alongside committee co-chairs Savills Studley ‎director of research Sarah Dreyer and Bozzuto Group development associate Manny Egoegonwa, would be the first leadership team to raise over $1M for JDRF and T1D research.

This year's event has raised approximately $500K so far.

Previously, the games operated under the guidance of Cushman & Wakefield executive managing director Bruce Pascal. Pascal served as honorary chair for the JDRF Games from 2014 to 2016, a two-year period that saw $900K raised for JDRF's mission. The money raised has helped accelerate life-changing breakthroughs in curing, preventing and treating T1D and its complications.

T1D is an autoimmune disease that strikes both children and adults, often suddenly. Unrelated to diet or lifestyle, T1D causes lifelong dependence on injected or pumped insulin and carries the constant threat of life-threatening complications. Every day, approximately 40 children in the U.S. are diagnosed with T1D.

JDRF is an international organization and the largest charitable supporter of T1D research, having contributed over $2B to date to make progress in understanding and fighting the disease.

To learn more about the JDRF Real Estate Games or help them make fundraising history, contact games@jdrf.org or mike@bisnow.com.