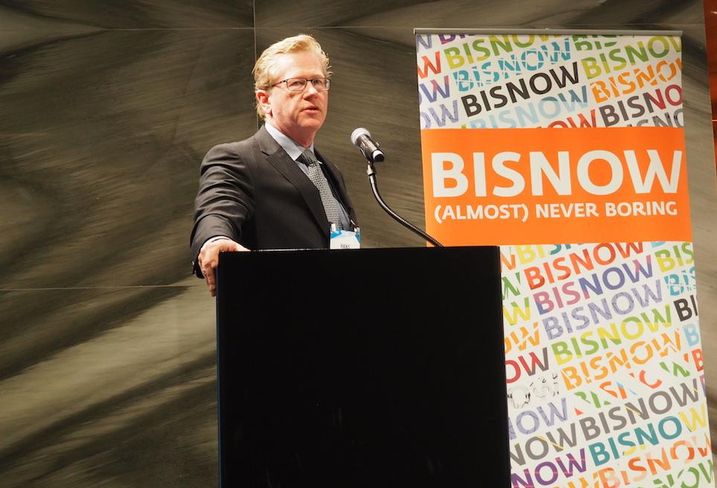 When influential real estate heads met last week to discuss their outlook for the Trump administration, they also put a microscope on the DC market and looked at how the area's office demand, construction pipeline, foreign investment and development trends would play out over the next year.

CoStar managing director Hans Nordby outlined how the DC economy has done under the four presidents who preceded Trump. Office-using employment has grown 3.5% under Democratic administrations and 3.1% under Republicans.

"It has been similar but there are big differences between administrations," Nordby said.

Office demand growth has steadily declined under each president from George H.W. Bush to Barack Obama, when it was close to zero. Nordby didn't extend these numbers to make predictions for the Trump administration, but he did outline which specific submarkets would benefit under certain policies. 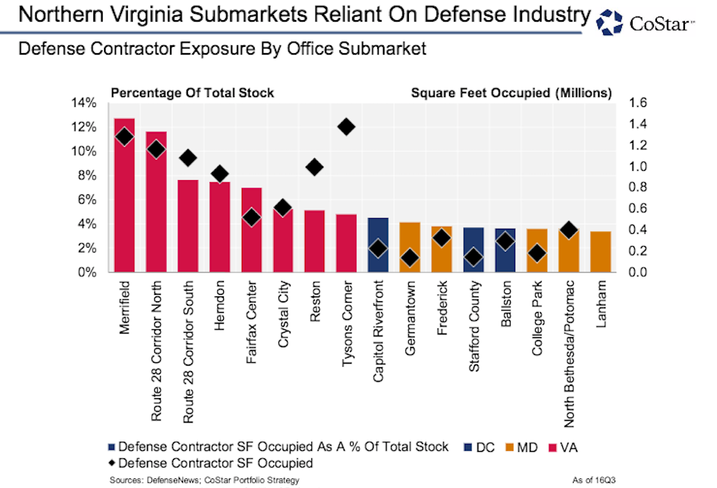 "Merrifield, the Route 28 corridor, Reston, Herndon, these are the places you have the big concentrations in contrast to DC and Maryland," Nordby said. "If you’re betting on an increase in defense spending, this is where you’re investing."

He said Maryland has a heavy concentration of life science while the District has general government services. He suggested that if Republicans tear up Dodd-Frank regulations, while possibly good for business, this could mean fewer consultants and lawyers who work in the high-priced CBD offices, creating more downtown vacancy. 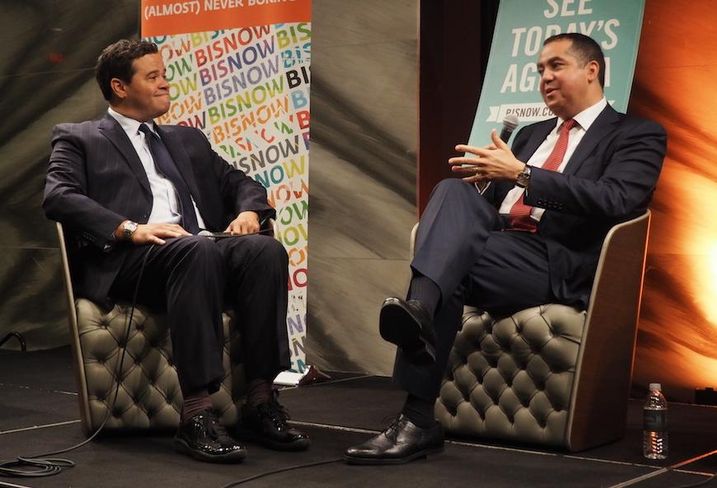 A topic executives kept coming back to was tax reform, and Peebles Corp founder and CEO Don Peebles identified ways a new tax code could affect the DC area. Peebles looked forward to reductions in the top tax bracket and adjustments to capital gains but noted the local effects that could have.

"The way they’re going to pay for it most likely would be to eliminate deductions for state income tax," Peebles, above with Javis Commercial Real Estate founder Ernie Jarvis, said. "That is going to make Virginia, for example, more attractive than DC or Maryland."

Peebles also said he believes there is pent-up demand for homebuyers in DC, which could be released if qualification requirements are lightened. 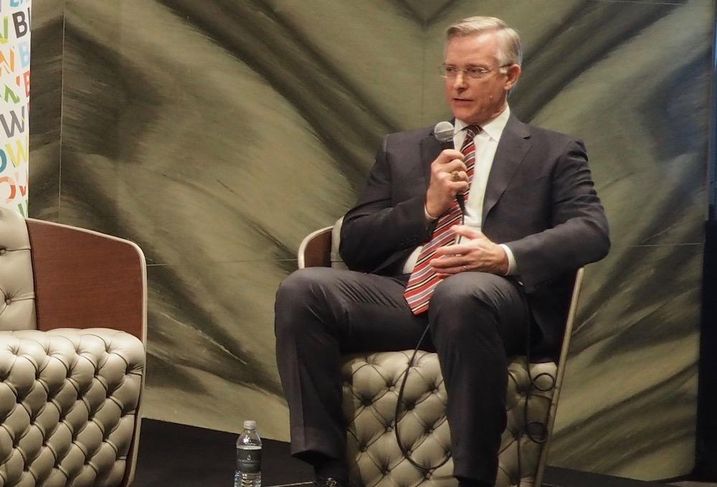 The DC-area construction pipeline, especially for multifamily, has been booming in recent years and Clark Construction vice chair and EVP Bill Calhoun is optimistic this will continue.

"If I look back at the same view from the end of 2015 looking at 2016, the markets are as strong or stronger now," Calhoun said.

Calhoun sees the most pent-up demand in the healthcare real estate space. On the public side, he said the VA has a lot of projects coming down the pipeline, with 29 on its prioritized list that could move forward this year. 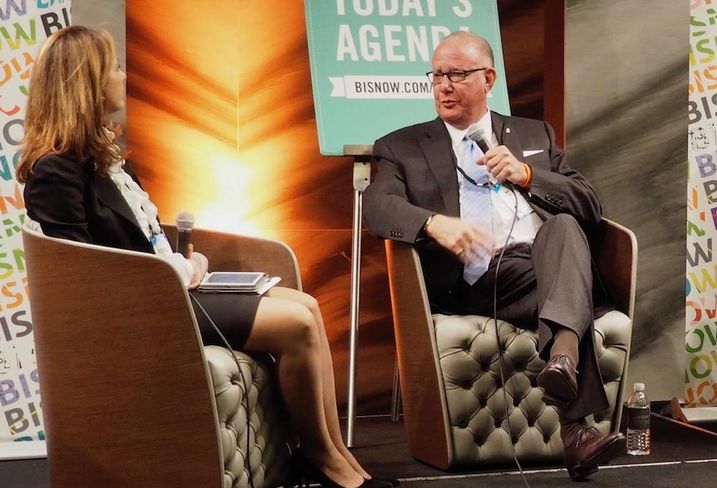 Looking at capital markets, Eaglebank CEO Ron Paul said he was not concerned about the recent AFIRE survey that dropped DC to its lowest-ever ranking.

"The amount of liquidity that’s still out in the foreign markets is extraordinary, I don’t see that changing," Paul said. "You look at the dollar, you look at interest rates overseas, you look at German pension funds that are getting zero interest rates and putting there money out in the U.S. I think that’s going to continue, and certainly there is no better market than the Washington market to do that."

Discussing the issues surrounding the Metro system, Paul said he sees the system's inconsistency beginning to move DC developers away from transit-oriented development. As young people grow more concerned with Metro, more comfortable with Uber, and rental rates around stations stay at a premium, he says living away from the Metro becomes more appealing.

"It's clearly leading toward new projects that are built away from Metro," Paul said. "You’re seeing urban communities that are being built, whether it's along New York Avenue or a variety of other places, it’s not as focused around Metro as it used to be and I think that’s going to be a continuing trend."