In a stunning development this morning, years before it was expected, Marriott International CEO Arne Sorenson announced that the world's largest hotel brand will undertake an extraordinary move of its corporate headquarters to the center of American Legion Bridge by 2022, to be built on an unprecedented platform constructed above Interstate 495 at a cost estimated to exceed $3B, which will be paid by the states of Virginia and Maryland. The announcement was hailed by Washington Board of Trade president Jim Dinegar as "a victory for regionalism and practical problem-solving."

The move was reportedly intended to forestall an escalating battle between Maryland and Virginia to win Marriott's HQ and its 2,000 employees, ever since Sorenson announced in late February a long-term plan to move. Bisnow has learned that the agreement was hammered out over the last two weeks in secret negotiations on neutral ground at Guapo's in NW DC between Govs Terry McAuliffe of Virginia and Larry Hogan of Maryland. Their press staffs, who spoke to Bisnow on condition of anonymity because they are expressly forbidden to talk to the press, explained that the the state line is the middle of Legion bridge, enabling the rival jurisdictions to split both the costs and tax revenue associated with the massive project. 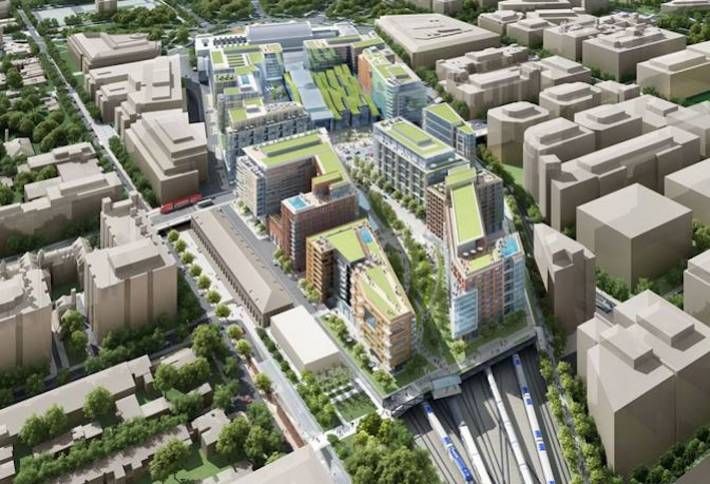 Although skeptics immediately questioned the feasibility of such a structure, it will be designed by Shalom Baranes Associates, which is architecting a similar highly complex platform for Burnham Place to be built atop railroad tracks at DC's Union Station. Others questioned the states' willingness to spend so much money subsidizing the development of what is expected to be 1M SF. "Don't be ridiculous," staff of one governor countered. "That $3B means hundreds of jobs over several years. And if we don't do it, another state will. We could lose millions in tax payments by Marriott. It's the wisest course to split the baby." 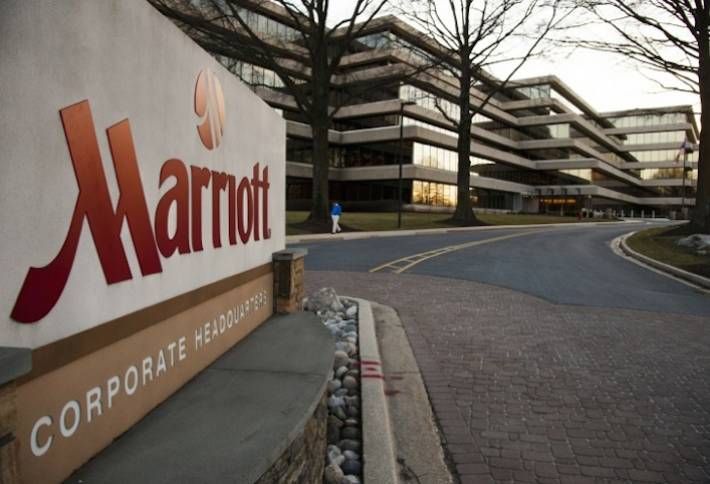 In addition, sources said, the location responds to Sorenson's comment that he would prefer a "more urban" location than the firm's current pastoral site on Fernwood Road in Bethesda, above. Reached for comment, Baranes said, "It's brilliant. What could be more urban than being literally on the Beltway in rush hour?" Sorenson was said to be thrilled by the solution, although at one point in negotiations he expressed hesitation due to the absence of a Metro station on property. McAuliffe responded that Metro lines already tunnel under the Potomac, and a station could be added at a later date if necessary. "That's an easy one," the former businessman said. 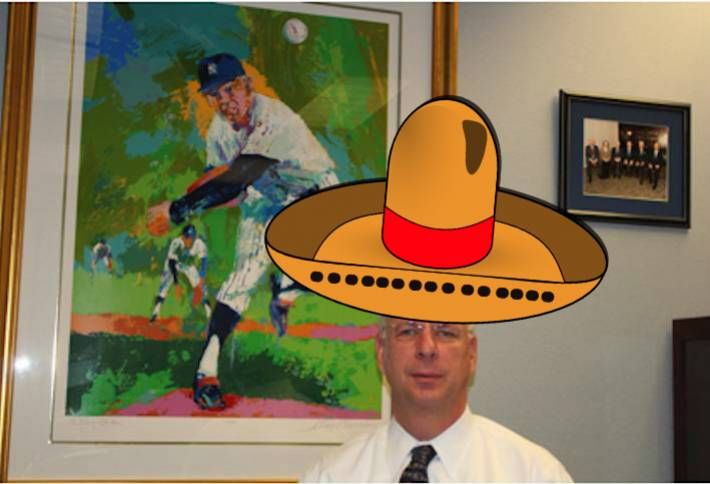 Despite the show of unity, one observer said the states remained highly competitive during negotiations. Reportedly Fairfax Economic Development tsar Jerry Gordon, dressed as a server, at one point attempted to listen in on Maryland negotiations by bringing over extra chips that were not requested. But they were cold, prompting the Maryland delegation to ask that he be reassigned to another table. As to the whereabouts of Washington, DC, in the frenzy, Mayor Muriel Bowser's staff confided to Bisnow, "We made the calculation that DC will actually be better off not shouldering the building costs or giving up tax revenue, but simply relying on the extra tax revenue generated from all the meals at DC restaurants that are expected as negotiations continue." But they were careful to note that readers shouldn't rely on information given on April 1.