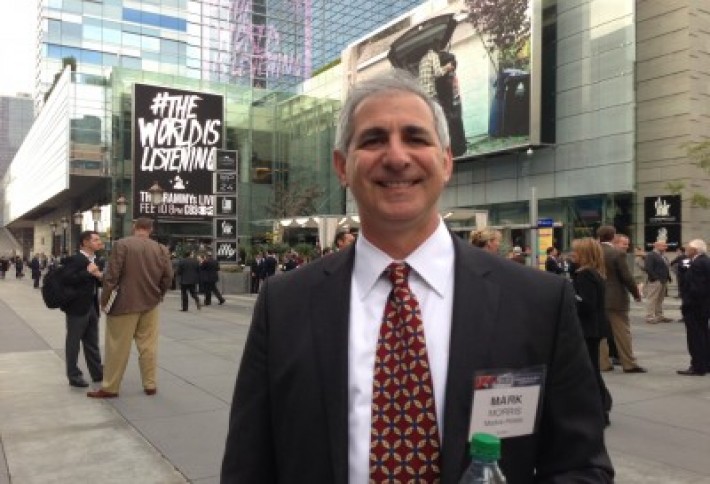 Out at the Americas Lodging Investment Summit in LA, we ran into a DC vet, Mark Morris of Modus Hotels, Conrad Cafritz's collection of unique boutique hotels in the city like the Avenue Suites, the Quincy, One Washington Circle, and the River Inn. Teaser: they have something in DC under contract they can't talk about. Fortunately here in 80-degree LA, we can always talk about the weather. 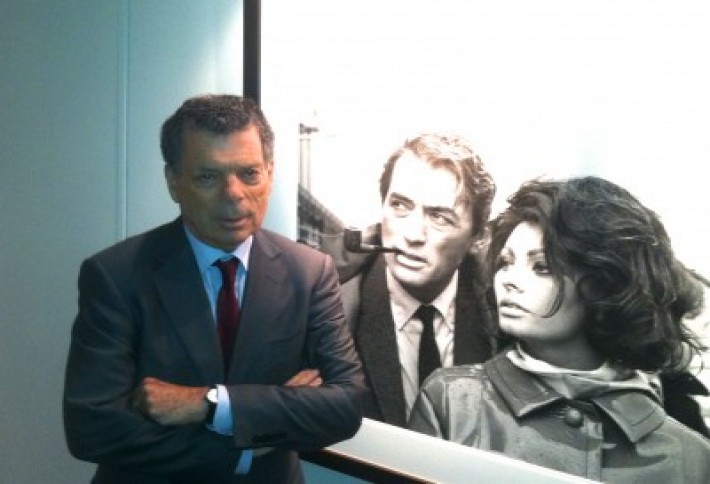 And incidentally, we caught up with Conrad himself yesterday for an update on Avenue Suites, which Modus acquired in 2010 and finished renovating last spring. Conrad says they've included pictures of iconic Hollywood stars throughout the hotel (such as the one of Gregory Peck and Sophia Loren behind him), and that the property's luxurious 650 SF suites are double the size of a standard hotel room. And don't forget Avenue Suites' A BAR restaurant, he says, featuring bartender Brennan Adams, who was recently named by GQ and Bombay Sapphire as DC's most innovative bartender. 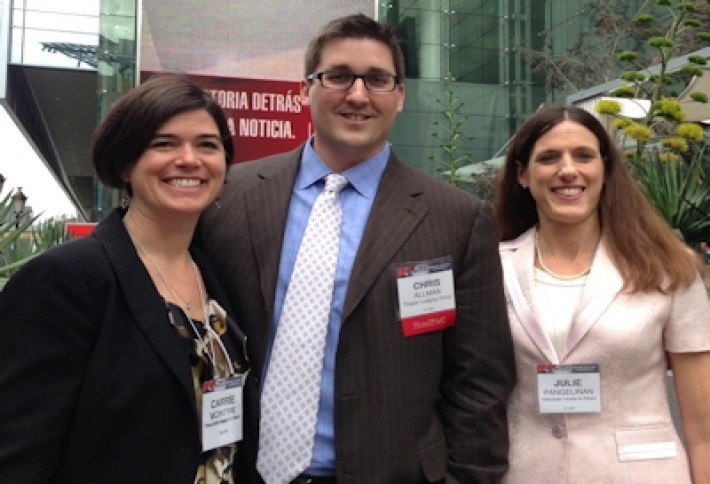 Back at ALIS, though, we caught up with Interstate Hotels' Carrie McIntyre and Julie Pangelinan, flanking Thayer Hotels' Chris Allman. Since 2010, Interstate (based in Arlington) has been owned jointly by Thayer and China's Jin Jiang Hotels and is now the largest third party manager hotel manager in the US at 375 properties. 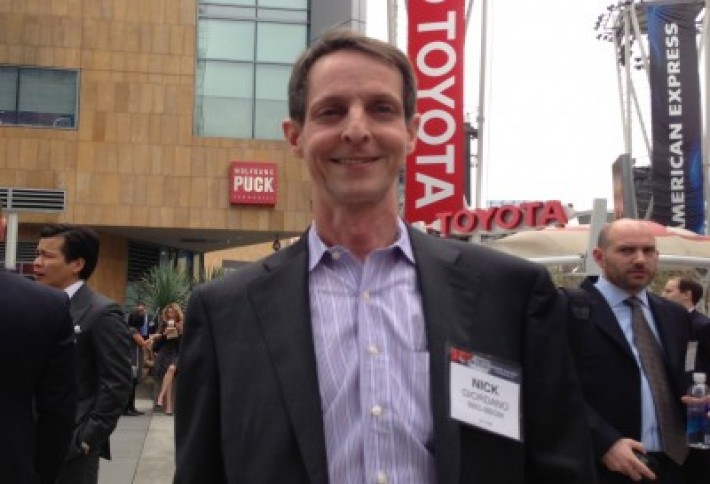 Also spotted: BBGM's Nick Giordano, who slipped away from not only his 18th and K office but from his usual travel assignments to India, China, and South America, to hear the latest metrics on hotels and, ahem, sample some good weather.