Can Real Estate Save Universities?

With all of the cost pressures, will real estate investments save higher ed from constant tuition hikes? 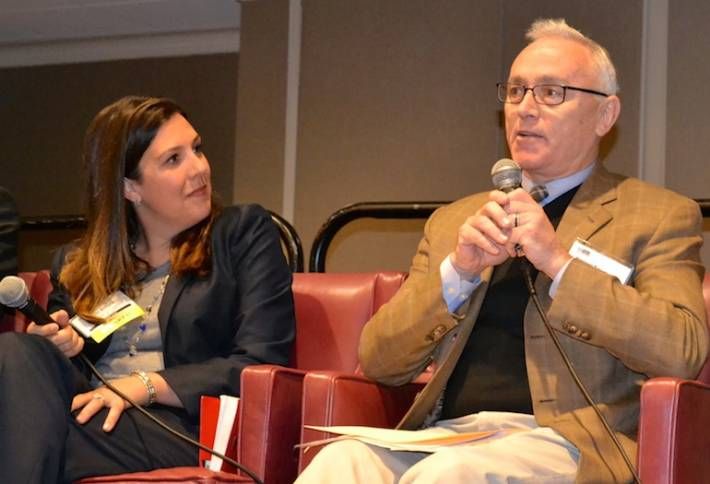 That's what some of the speakers at our Eds and Meds event yesterday at the Renaissance DC Downtown Hotel seemed to be saying. Gallaudet, for instance, has partnered with JBG to develop a 1.3M SF mixed-use project to create a creative and cultural district at the edge of campus. Executive director Hansel Bauman calls it an opportunity to “bring down the fence,” which has closed it off from the community for 150 years. GW's Alicia Knight (left) says it's doing likewise, and entered into an agreement with Skanska for Square 75A along Pennsylvania Ave, the future home of a 250k SF LEED Gold office building, including 7,000 SF of retail. It also has partnered with American University and GW Hospital to purchase solar power. New university buildings are getting LEED certified. George Mason VP Tom Calhoun (right, with Georgetown's Robin Morey and Prince George’s County assistant deputy CAO David Iannucci) says GMU's energy use has remained flat despite $1B of construction in the past decade. Georgetown’s two recent buildings were LEED Gold, and the school is making its campus more pedestrian friendly and improving transportation options. David is focusing on TODs and the Purple Line in order to reduce College Park’s carbon footprint. 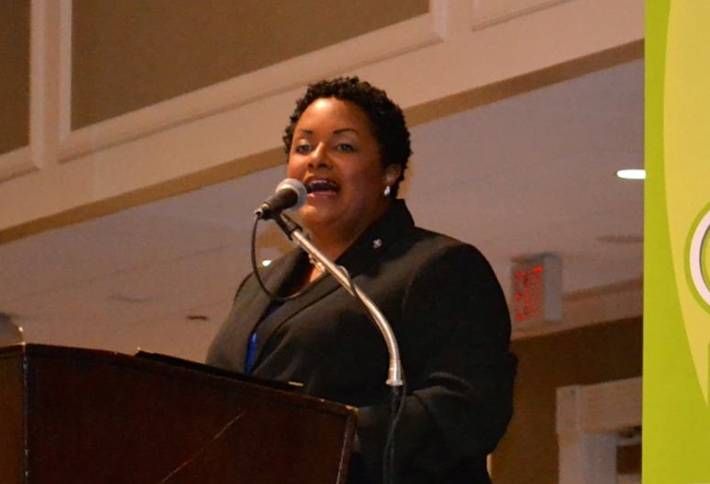 Rockville's Montgomery College, though relatively small, is emerging as a workforce development center, says president DeRionne Pollard. It recently opened an $80M bioscience education center and Holy Cross Germantown Hospital, the first anchor in the school’s Hercules Pinkney Life Sciences Park. It’s also MoCo's first hospital in 35 years. It allows nursing students to do internships in a modern facility minutes from the classroom and biotech students to learn from practitioners at the park. Healthcare used to be an on-campus game, but the Affordable Care Act and changes to how hospitals and physicians are reimbursed are making MOBs more like retail, tucked into mixed-use projects, says Foulger-Pratt's Michael Abrams (right, with Array Architects' Jeff Drucker). Hospital systems and independent physicians typically want 50k SF to 75k SF, his company is working on an 85k SF MOB that'll start 35% pre-leased. Jeff says ambulatory care has consumed NYC, where he’s based, owing in part to maxed-out hospitals that need more inpatient space. They've come to be known as “hospitals without beds.” (Any relation to Doctors Without Borders?) 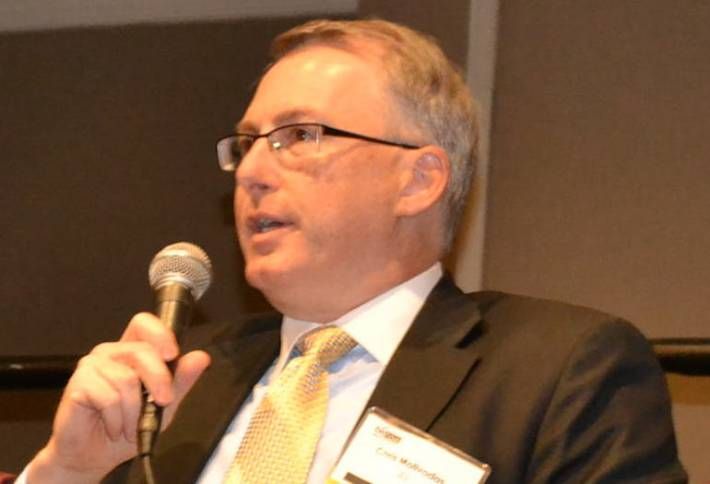 JLL's Chris Molivadas says outpatient surgeries have risen from 16% of all surgeries in 1980 to 60%, and it's climbing as ambulatory care rises. He adds that healthcare—which survives on 2% to 3% margins—is now dominated by business people who want metrics and evidence-based design. They’re turning to big data on demographics, trends, and patient attitudes to figure out the best locations for these facilities. 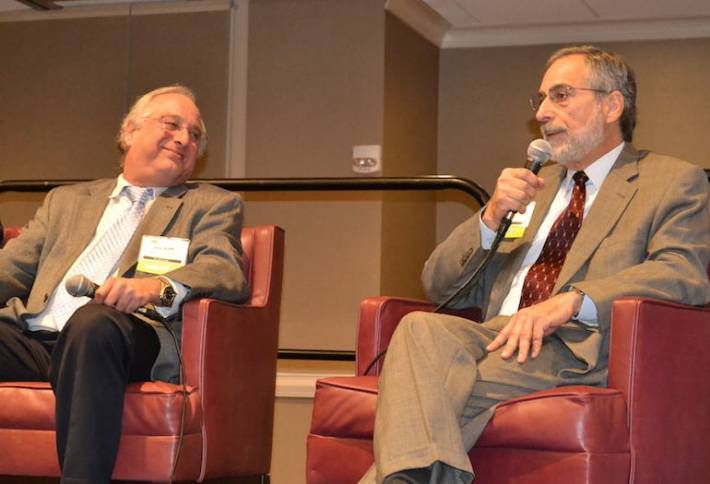 David (right, with Korth Cos' Terry Korth) says the University of Maryland Medical System and Dimensions Healthcare are developing a $650M, 711k SF teaching hospital at the former Cap Center site in Largo, including an ambulatory care facility and multiple MOBs. Korth has built over 35 dialysis centers from 8k SF to 10k SF in the past few years. Ranging from $150/SF to $175/SF, Terry says the projects require people who understand the unique spec of medical properties like power supply, water sources, fresh air intakes, and generators.

And big thanks to Cleaners of America's Angela Mederos and Raya Sfeir not just for their support of our event, and their remarkable healthcare cleaning practice around the region, and for keeping our own Bisnow offices so clean for many years. But with so many other things they're doing, we also salute them for taking the trouble to promote breast cancer awareness, as you can see from the picture. Thank you Angela and Raya very much.