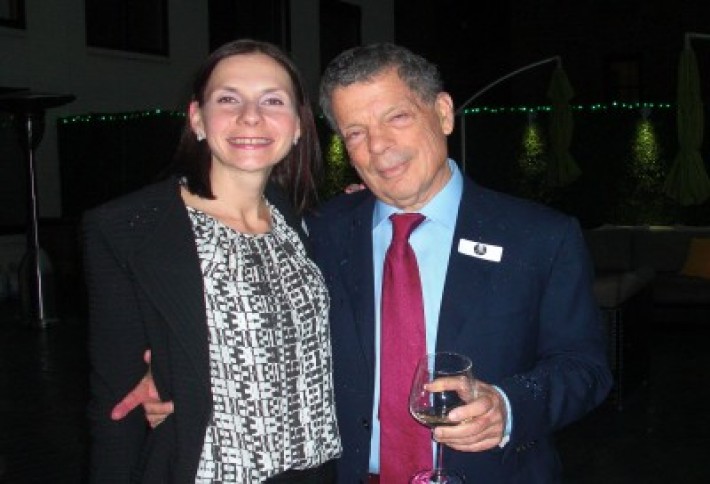 Did you knowConrad Cafritz now owns 13 hotels? Through his Modus Hotels group, he's got seven in DC and others in Chicago, Baltimore, and Philly. The other night we caught up with him and wife Ludmila at the small plate/cold drinks bistro "A-Bar and Kitchen" at his Avenue Suites at 2500 Penn. It's a former Washington Suites property that was owned by the Ourisman auto family and taken over by Modus in late 2010, given a top-to-bottom renovation, and renamed. 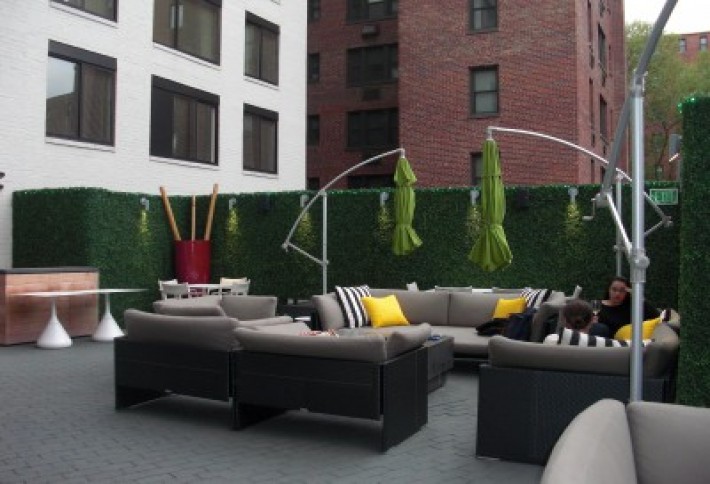 With 125 keys (that's aficionado talk for "rooms"), it's been transformed into a very contemporary look in keeping with Modus' theme of approachable, non-snobbish, neighborhood-oriented, "urban unique" lifestyle hotels. (And how do you like our command of hotel adjectives, not just nouns?) Conrad loves art and has used many old Hollywood photos of folks like Bridgette Bardot, Mia Farrow, and Paul Newman for dcor. And congrats to A Avenue Suites for briefly hitting No. 1 in customer ratings on Trip Advisor.