Report: New York REIT, The JBG Cos In Merger Discussions 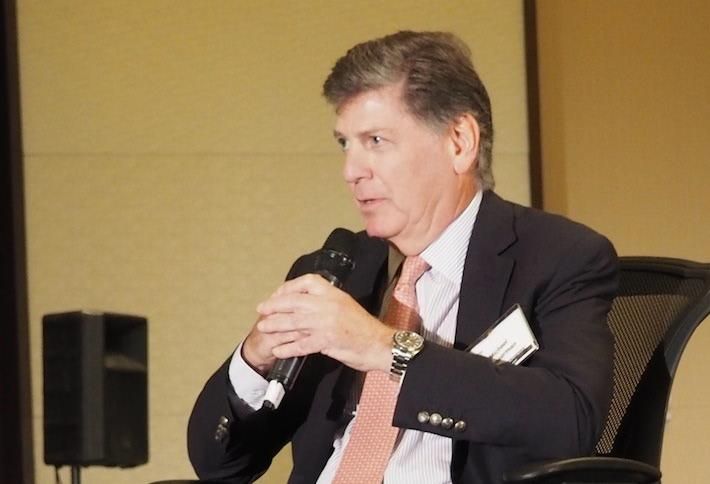 The largest developer in the DC region, The JBG Cos, is in talks to merge with New York REIT, creating a powerhouse in two of the biggest markets in the country, Reuters reports.

JBG is a privately held company with 21 principal owners, but it's been rumored to be mulling spinning off some of its assets or going public for more than a year. It's currently under construction, or in active development, on some of the biggest projects in the DC area, including twin 31-story skyscrapers in Rosslyn—one apartment, one office—Tysons West, RTC West in Reston, and Capitol Point in NoMa. It also controls a significant chunk of the booming 14th Street/U Street/Shaw market.

It wouldn't be the first time the huge company made a massive left turn in strategy. Managing partner Michael Glosserman (above), who joined the firm in the '70s, ascended to that title after JBG sold its entire office and retail portfolio for $580M in the late '90s. Since then, the company has grown enormously, controlling upwards of $10B of real estate.

There was chatter late last year that SL Green, NYC’s largest landlord, was looking to acquire New York REIT, which has a portfolio of roughly 3.5M SF in NYC. That deal did not come to pass. The REIT’s Manhattan assets are mostly office buildings. They include 1440 Broadway, a 756k SF office building in Midtown Manhattan. This past January, the firm reportedly put its leasehold interest in the Viceroy Hotel on Manhattan’s Billionaire’s Row up for sale. Amid a cooling hospitality market, there have been no reports of an interested buyer.

Reuters says there's "no certainty" that the merger would actually come to fruition, and, other than the wire service's sources, the sides were predictably mum on the matter. Until this is pronounced dead, it will be worth keeping a very, very close eye on. [Reuters]