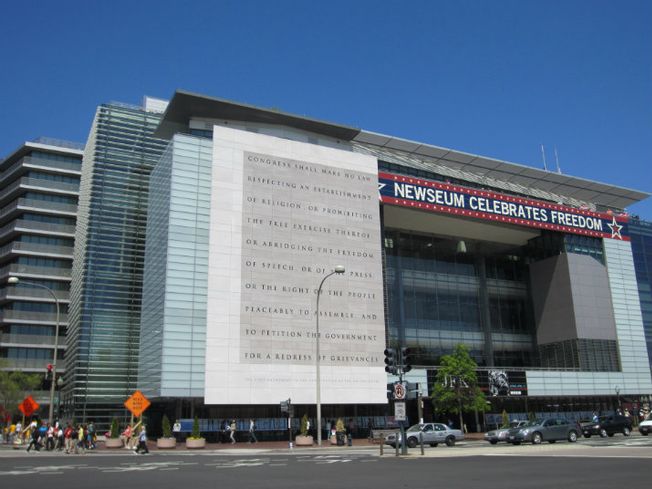 Johns Hopkins University's plans to convert the Newseum building into an educational facility are moving forward.

The Baltimore-based university closed on the acquisition of 555 Pennsylvania Ave. NW Monday. It acquired the building from the Freedom Forum, the nonprofit that operates the Newseum, for $302.5M, a Johns Hopkins spokesperson confirmed.

The Newseum closed in December after the Freedom Forum reached an agreement to sell the building in January 2019. After opening in 2008, the museum reportedly faced financial challenges, with at least $300M in debt, and it retained Eastdil Secured to market the building in February 2018.

Johns Hopkins plans to consolidate its D.C. programs into the Pennsylvania Avenue building. It owns three buildings on the 1600 and 1700 blocks of Massachusetts Avenue that it said last year it plans to sell to help finance the Newseum building acquisition.

The university plans to renovate the 400K SF building, including facade changes to bring in more natural light, floor plate alterations to increase square footage and building system upgrades. It is working with Ennead Architects, Rockwell Group and SmithGroup as the design team, Clark Construction as construction manager and CBRE as property manager.

Mitch Bonanno, who spent more than a decade with Vornado/Charles E. Smith, joined Johns Hopkins as chief real estate officer in 2017 and is leading its work on the project.

"This remarkable facility will become a vibrant hub for research, education, and convenings, representing a rare alignment of our mission of sharing knowledge with the world, and the ongoing growth of the Pennsylvania Avenue corridor," Bonanno said in a release. "We greatly appreciate the welcoming approach of community and business organizations, District officials, and the numerous local and federal regulatory agencies that supported required approvals.”