How Long Will the Good Times Roll? 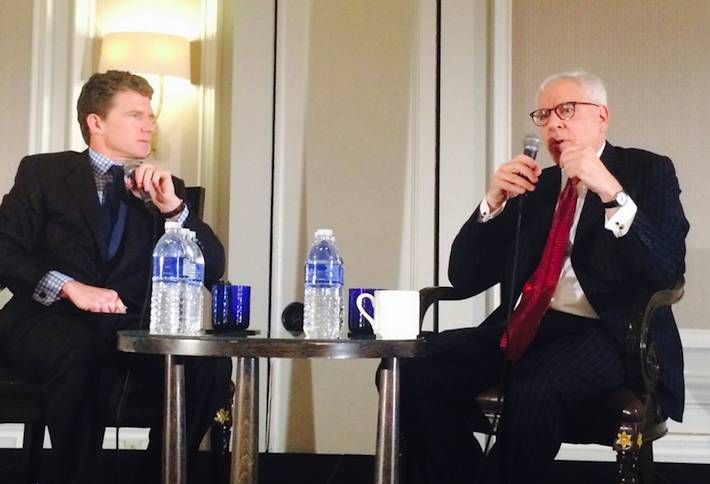 Evidently, yes. At our Bisnow investment summit last week at the DC Ritz, Carlyle founder David Rubenstein (in conversation with Walker & Dunlop CEO Willy Walker) said he expects the Fed to pick up interest rates just 25 to 50 basis points mid-year. But that although debt (and development deals) will become slightly more expensive, the US will remain by far the best place to put your money to work—with its good rate of return, rule of law, transparency and quality of management. That’s why, as Willy pointed out, Carlyle has 68% of its own $200B invested in the U.S. 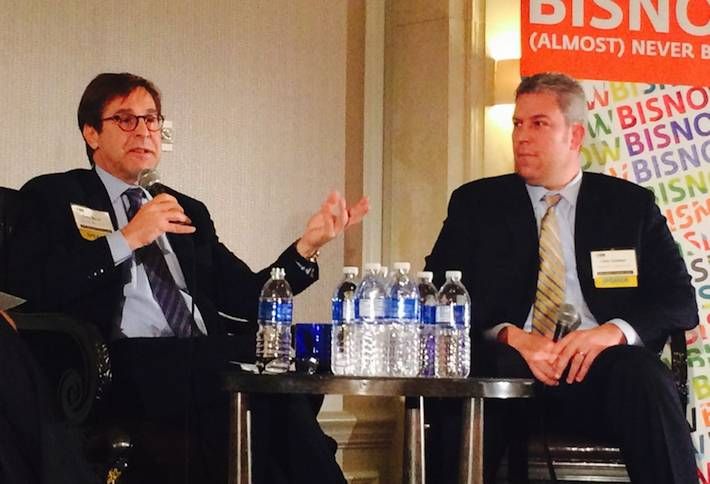 And the DC region still beckons. Meridian principal Gary Bloch (with Starwood Capital US acquisition chief Chris Graham) says he remains a believer in “Tier 1” cities, even if some foreign investment is moving to Tier 2’s in search of yield. Why? “It’s all about fundamentals and what happens when the demand in Tier 2 cities is not sustained or when capital is not as plentiful as today and pulls back.” In Gary’s view, “the higher risk associated with secondary cities is greater than the potential yield premiums.” 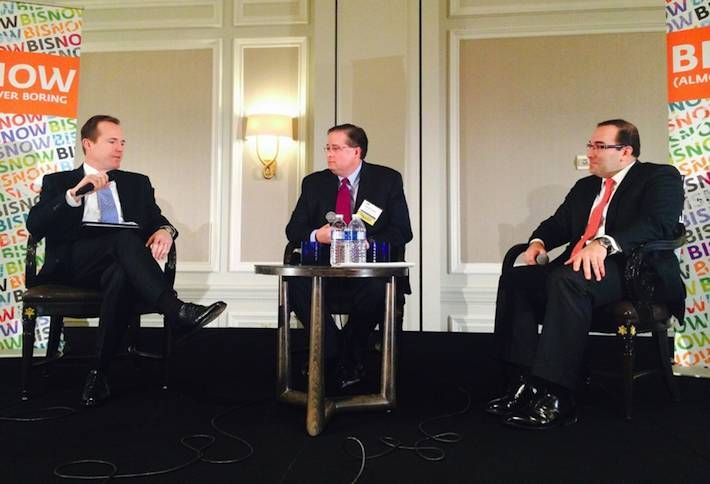 On another panel, Alex DuFour of Linowes & Blocher guided a discussion with MetLife’s Steve Taylor and John Hancock’s Joseph Shaw. These life companies differentiated themselves from the private equity panel by talking of a longer-term investment view and a lower risk profile, remaining focused on core assets in core markets. But with a lot of capital chasing deals, they will need to find opportunities through creative structuring. Thankfully, much of that seems likely to continue to take place in Washington. 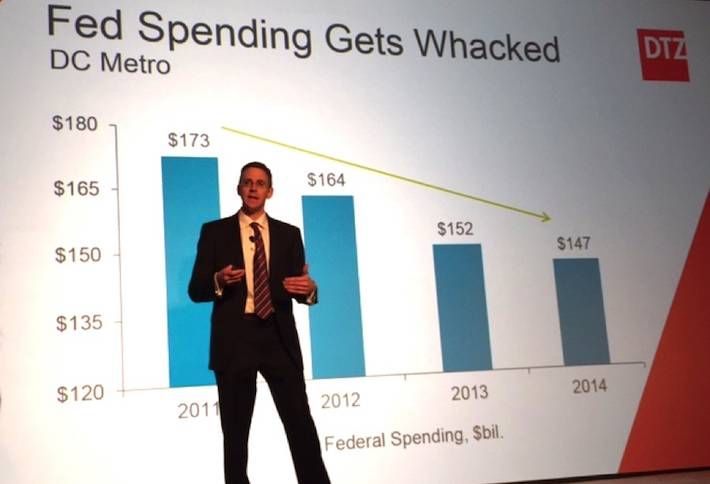 Last night, also at the Ritz, DTZ’s annual forecast added an exclamation mark to these views. Chief economist Kevin Thorpe said the US economy continues “on fire”: 4% private-sector growth, the oil price plunge creating a huge boost for this year’s performance, and a 19.4 PE ratio in the stock market indicating great upside considering it went to 40 prior to the tech bubble bursting. Even more: odds rising, he says, that the Feds will delay interest rate increases. As for DC, he says it started turning around at precisely 2pm on Sept. 5, 2014: That’s when the Bureau of Labor Statistics announced that employment actually grew for the first time after three years of declines. 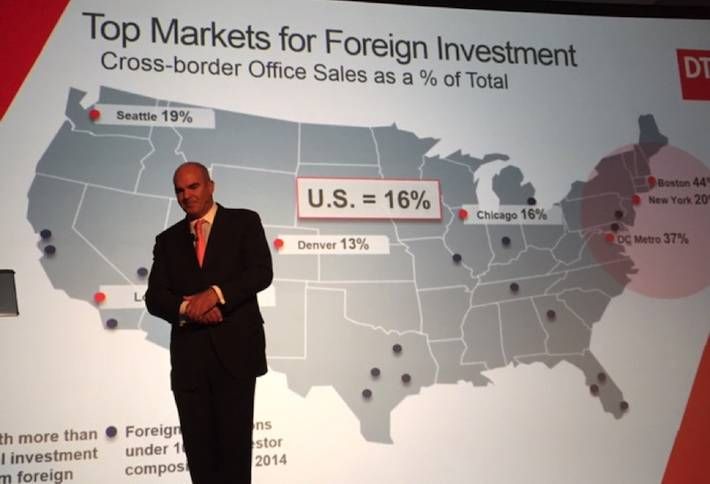 Investment sales king Bill Collins talked about the “tsunami wave of capital” that came into DC last year, and with it, record pricing—not to mention his team’s own participation in $4B of sales and financings and one of every three transactions. Can prices go higher in 2015? “A resounding yes,” Bill said. Even the suburbs may get in on the action as their prices are starting looking attractively cheap, he said. And even terrorism, cyber-hacking and disease, though plagues on civilization, are all areas that will only increase DC’s economic activity. 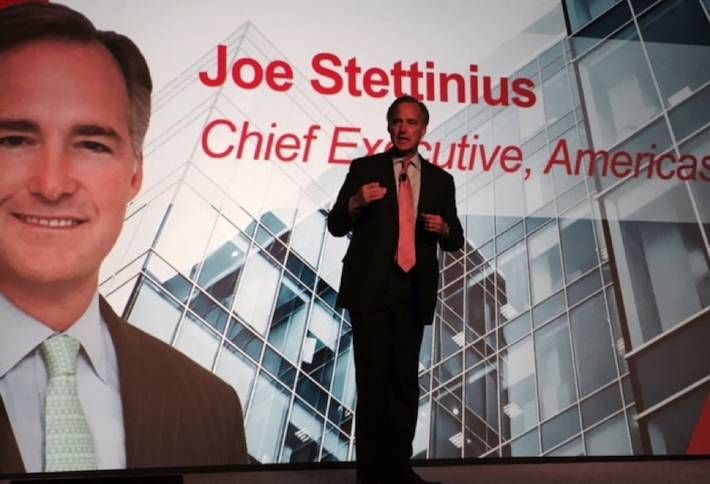 And here we have photographic proof that Joe Stettinius (now DTZ’s CEO for the Americas) is larger than life. He reminded the audience that the old Cassidy Turley has become part of the much larger DTZ, meaning it now operates in 50 countries with 28,000 employees doing $66B in transactions. He says DTZ wants to be the “challenger brand,” just as Nieman Marcus, Whole Foods and Starbucks have been in their industries.