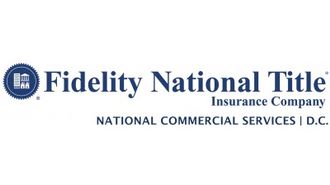 This has not impacted things at Fidelity National Title’s DC office. The firm saw no slowdown of commercial transactions in Q1. The NCS unit exceeded its projections for the quarter, Naughten said.

“We came in at 10% above plan for the first quarter and new orders were 13% over projections,” he said.

This held true for both regional and national NCS transactions, although moderate slowdowns have been seen in some markets.

The DC and Richmond NCS unit was active in all segments, including multifamily, mixed-use, retail, office and industrial, both regionally and nationally.

Multifamily continued to be the most active market sector. Although large hotel deals are trickling along at a slower pace, small hotel deals continue to show activity, Naughten said.

The number of cranes in the region helps confirm that construction financing and development loans and acquisitions, as well as value-add development opportunities, remain strong, according to Fidelity vice president for commercial sales Candace Chazen of the firm’s DC NCS office.

Transfer of equity positions and some loan modifications that increased indebtedness were the objectives of many Q1 transactions, Naughten said.

“We have seen several mezzanine debt transactions in Q1 '17 and these are continuing with higher LTV ratios, as we have seen in past bubbles, unfortunately,” he said.

Although the majority of transactions were single site deals, multi-site loan modifications (increasing indebtedness, not just loan extensions) are a strong element in what we are seeing, he said. There is an increase in portfolio transactions already in Fidelity's pipeline for 2017-2018.

“Hopefully we can capture some of this merger activity that seems to be heating up,” Naughten said.

Based on the current pipeline, Naughten said, along with an economic forecast that calls for solid job growth, the projections for Q2 appear to be steady and stable.

We are thrilled Fidelity National Title has joined us as a sponsor of our Bisnow Beltway Bash, to be held at the TAO Nightclub in the Venetian on Monday, May 22, from 5:30-7:30 p.m. in Las Vegas. Register here.