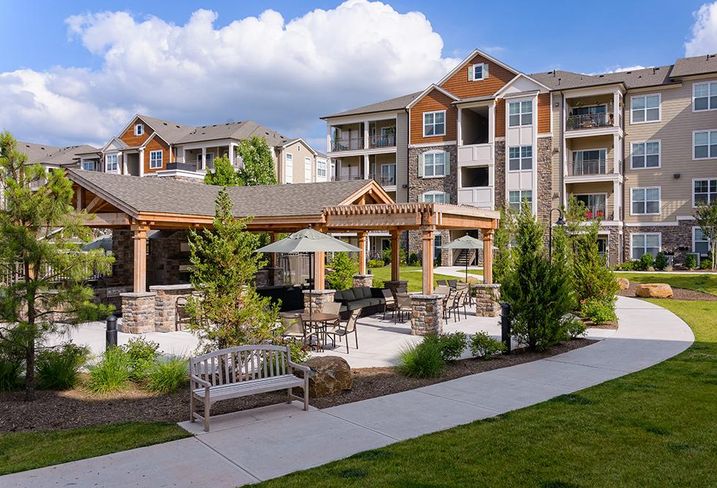 Courtesy of JLL
Atley on the Greenway Apartments in Ashburn, Va.

Ashburn properties have never been billed as "transit-oriented" before, but with Phase 2 of the Silver Line slated to open in 2020, buyers are touting that proximity as they shell out millions for assets near Metro.

Fairfield Residential has bought the Atley on the Greenway Apartments, a 496-unit, garden-style apartment community in Ashburn, Virginia, less than a mile from the future Ashburn Metro station. Northwestern Mutual sold the property, which delivered in 2014, for $141M, according to its broker, JLL.

Fairfield has been managing the apartments for Northwestern — it released a series of YouTube videos promoting the property in 2014 and 2015 — and paid more than $284K per unit for the property. It also manages the Westwind Farms Apartments, a couple of miles east in Ashburn.

The complex's average unit is roughly 1K SF and it has one-, two- and three-bedroom floor plans. Rents on one-bedroom apartments start north of $1,500 a month, according to Fairfield's website. Atley might benefit both from its newfound transit proximity and from the slow pace of development around Loudoun County's two Metro stops.

Millions of square feet of development have been planned around Ashburn station, the terminus of the Metro line that will take riders from D.C. through Tysons and Dulles International Airport to Loudoun when it opens (maybe) next year.

As of now, only mixed-use Loudoun Station, Atley's neighbor, has started construction, being built by developer Comstock Partners. Comstock has built that project's first phase and begun work on its second, although it is mulling whether that will include an office component.

“It’s still a year or so away before the train starts operating, so we’re still watching the market to see when the right time to pull the trigger is,” Comstock Partners CEO Chris Clemente told Bisnow earlier this year. “The good news for us out there, as far as development around the station, there’s nobody building anything besides Comstock.”

JLL Capital Markets' team led by Walter Coker and Brian Crivella brokered the sale, although the deal originated at HFF before the firms merged July 1, JLL disclosed in a release.