The rate of CMBS loans becoming delinquent has risen sharply in the D.C. area over the last year, and, at over 12%, D.C.'s delinquency rate now dwarfs that of all other major U.S. markets, nearly double the next closest city. 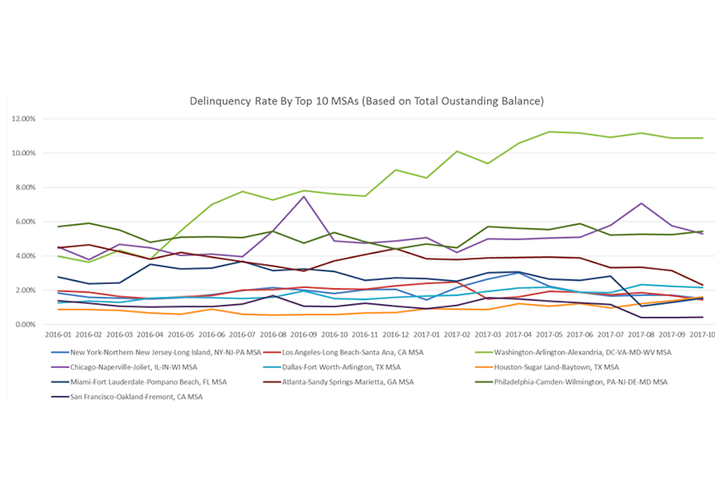 DBRS Head of North American CMBS Erin Stafford attributed the D.C. market's delinquency rate to its high office vacancy and depressed rental rates. Slow job growth and the rapid pace of new office construction has made it difficult for the market's vacancy to recover from the blow it suffered with sequestration.

Many 10-year loans maturing this year that were written before the recession projected much higher occupancy and rents than the market ultimately experienced, making it difficult for borrowers to pay them back, she said.

"Most markets have recovered, and it's kind of unique that this market does not seem to have that same level of recovery," Stafford said of the D.C. area.

"It's mainly the GSA downsizing. A number of offices in D.C. feature GSA as a tenant, and some of those properties lost their GSA leases so their occupancy dwindles," Barrie said. "It also seems like the suburban market has taken some hits. There have been some big loans where properties have lost tenants." 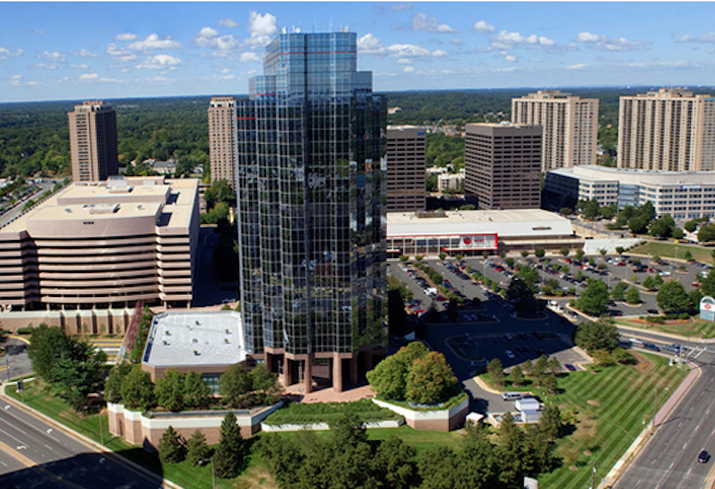 One of the region's worst examples of CMBS delinquency occurred in Fairfax County late last year. After Vornado went delinquent on the loans for its 2.5M SF Skyline campus, it sold at a foreclosure auction in December for $200M, a fraction of its previous $680M valuation.

Stafford, who followed the Skyline property's downfall, said it had projected big rent increases in its 2007 loan that never materialized. The property had also dropped to 40% occupancy by the time of the foreclosure. But she does not expect this nightmare scenario to happen to most of the properties going delinquent on their loans.

Office vacancy has stabilized and rents have begun to increase, Stafford said, a sign the market's fundamentals are recovering. Additionally, a lot of investors are waiting on the sidelines that could infuse capital into properties where they see opportunities for improvement.

"It's a little too soon to tell, but I would not guess there's going to be a mass foreclosure wave," Stafford said. "I don't think it's going to be like Skyline for every single asset."

The good news for the D.C. market, Stafford said, is that the more recently issued CMBS loans are much healthier. Since most of the delinquencies stem from loans that were written in 2007, she said the market's delinquency rate should be reaching its peak.

"I would say it's probably going to moderate," Stafford said of the market's delinquency rate. "I think they will remain high, but I don't think it will continue to escalate."