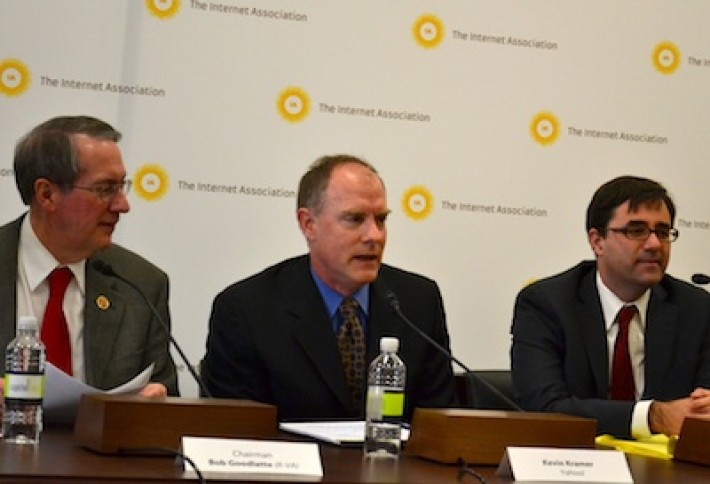 The biggest threat to innovation may be the same thing that stifled the Three Billy Goats Gruff. Trolls!The Internet Association had its first Capitol Hill event this morning, whereRep. Bob Goodlatte (R-Va) pointed out that Congress recently passed one the first major patent reform bills in several decades. But it failed to address patent trolls, which are non-practicing entities that sue companies like Yahoo for patents and licensing. Since 2007, Yahoo's case load has quadrupled, says deputy GC Kevin Kramer. The company settles 70% of these cases.Patent trolls are killing innovation, adds LinkedIn litigation director Blake Lawit. See more of our panel coverage in tomorrow's Tech Bisnow.