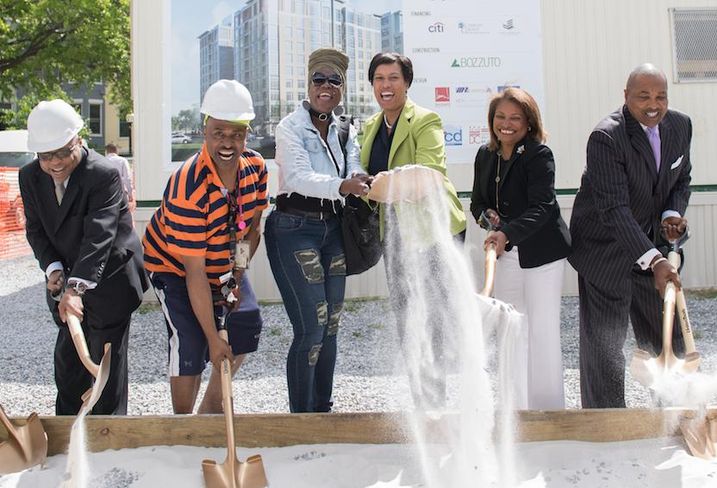 Two Southeast DC projects broke ground in the past week that will bring more than 300 new homes, roughly half of them affordable rental units, to the District.

The site is next to Canal Park in the Capitol Riverfront neighborhood, steps from the Navy Yard Metro station. The project is being financed by $1.85M from the DC Housing Protection Trust Fund, low-income housing tax credits and funding from the EB-5 immigrant investor program.

“Today’s groundbreaking in the Capitol Riverfront is an example of what can happen when public and private, local and federal entities come together to meet our common goal of advancing inclusive prosperity for residents in Washington, DC," Bowser said in a release. 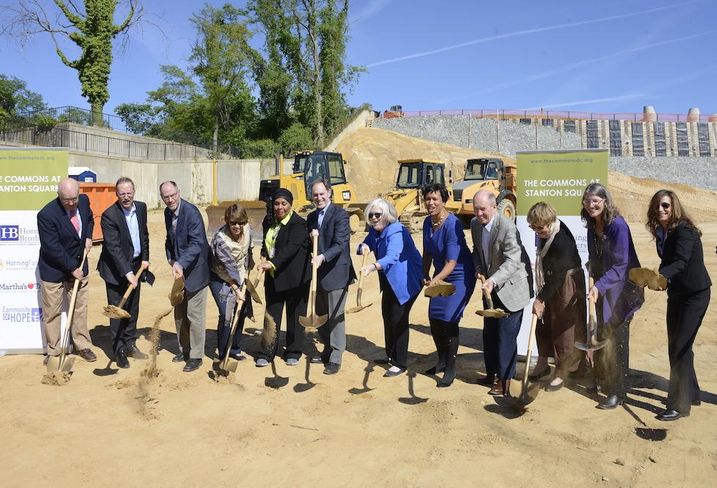 Courtesy: Liz Wainger
Mayor Bowser and the development team at the groundbreaking of Commons at Stanton Square

On Tuesday, Mayor Bowser joined Horning Brothers, the Horning Family Fund, Martha’s Table and Community of Hope  to break ground on The Commons at Stanton Square.

Horning Brothers donated the eight-acre site at 2375 Elvans Road SE, and the Horning Family Fund provided $10M in seed funding for the project.

Divided into two sections, the project will include a 57K SF office building on the upper portion, and the lower portion will have 120 affordable rental units and 42 for-sale townhouses.

Martha's Table will move its HQ from 14th Street into the office building and will be joined by Community of Hope. The two organizations will provide community programs such as early childhood education, nutrition planning, parental support, emotional wellness programs and out-of-school programs.

The 120-unit affordable rental component will consist of one-, two- and three-bedroom units, with 13 of them set aside for families supported by Community of Hope’s permanent supportive housing. The 42 for-sale townhouses will be designed by Torti Gallas.