One of the most active affordable housing developers in the District, Dantes Partners, currently has five projects in the pipeline bringing a total of 783 affordable units to market. 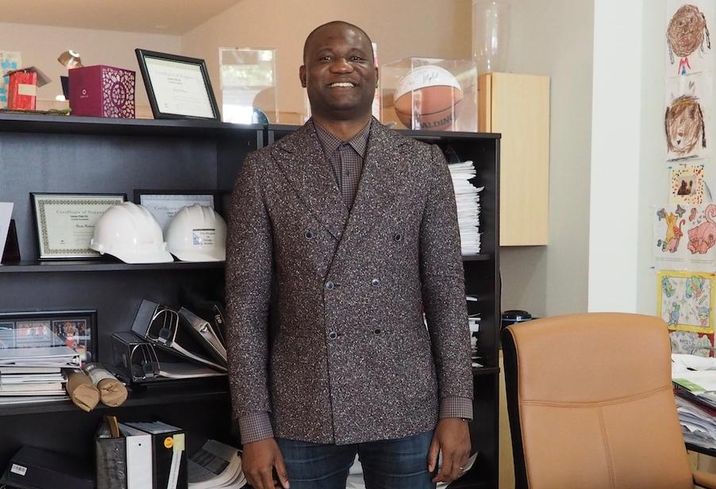 But when Buwa Binitie founded the company in 2005, he began by redeveloping one- and two-unit homes, a long way from the 462-unit Bruce Monroe/Park Morton project he is working on now with The Community Builders.

The idea of starting small and working up to big things is a lesson Buwa has learned from experience.

Born in Nigeria to a family of entrepreneurs, Buwa says he always wanted to follow in his father's footsteps and be an innovative businessman. To give him the best education they could, his parents sent him to the United States to study at NYU.

"Just being around that environment, you can’t help but be inspired by all that America has to offer," Buwa says. "Someone had lied to me and told me the streets are paved with gold, but, metaphorically speaking, the streets are. I really believe that." 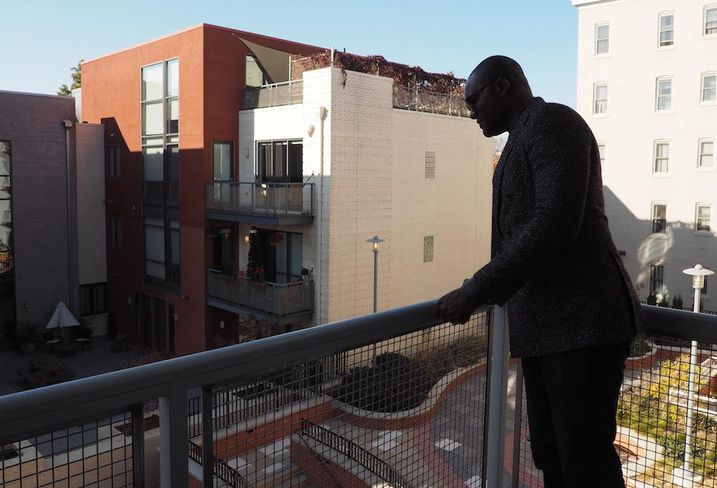 After graduation, his entrepreneurial spirit took him west, where he started an IT company with some of his friends. The company was fast out of the gate, winning a Wharton business competition and landing seed funding, but he says they set their sights too high and soon imploded.

"The biggest thing I learned from that experience was to set realistic goals and focus on what's in front of you," Buwa says. We snapped him at Dantes' 28-unit Justice Park apartments in Columbia Heights. "I try to do that for my company, even now with everything we're doing. I set realistic goals. To the extent that we're able to exceed them, that's even better, and there's a lot to celebrate when we do meet those goals."

After the failed startup attempt, Buwa moved back to DC and worked for a real estate consulting firm. Finding himself fascinated by real estate, he enrolled in the master's program at Johns Hopkins Carey Business School. Once he completed it, he decided to start his own company.

When he launched Dantes Partners just more than 10 years ago, Buwa set goals of figuring out how to tackle a single-family home, then a two-unit property, then a five-unit property and so on.

"You grow organically that way, versus saying 'forget this menial income we're getting right now and let's go for the big fish,'" Buwa says. "But you’re actually not perfecting your system that way. You need to gain a lot of experience in a very small and manageable way before you tackle the big fish." 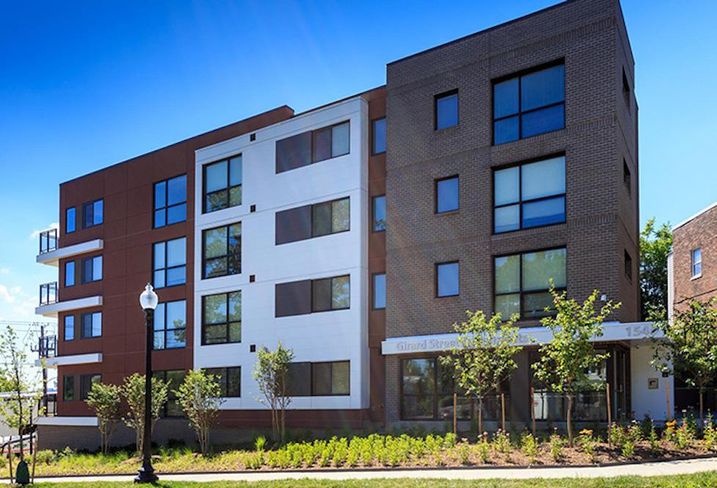 The latest goal Buwa set for Dantes Partners last year was a little more ambitious. He aims to deliver 1,000 new or preserved affordable units by 2020.

Dantes closed four deals in 2015, three of which are under construction and one recently delivered. The completed project is a 25-unit senior affordable housing project on Girard Street in Brookland, pictured above. 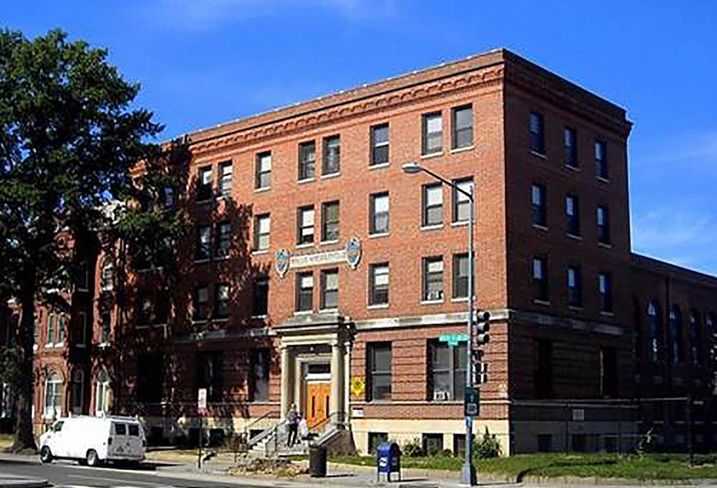 One of the most unique projects in Dantes pipeline is a tenant-in-place rehabilitation of the historic Phyllis Wheatley Young Women's Christian Association building at Rhode Island Avenue and 9th Street NW, pictured above. The 84-unit building opened in the '20s and has long been a reliable source of housing for DC women.

The Office of the Deputy Mayor for Planning and Economic Development's communications director, Joaquin McPeek, says the District is proud to support Dantes' projects.

“We are always encouraged to see local CBE’s and minority-owned businesses succeed in the District," Joaquin says. "It is equally satisfying when projects place an emphasis on affordable housing and addressing community needs—two priorities of this administration when it comes to DC development.” 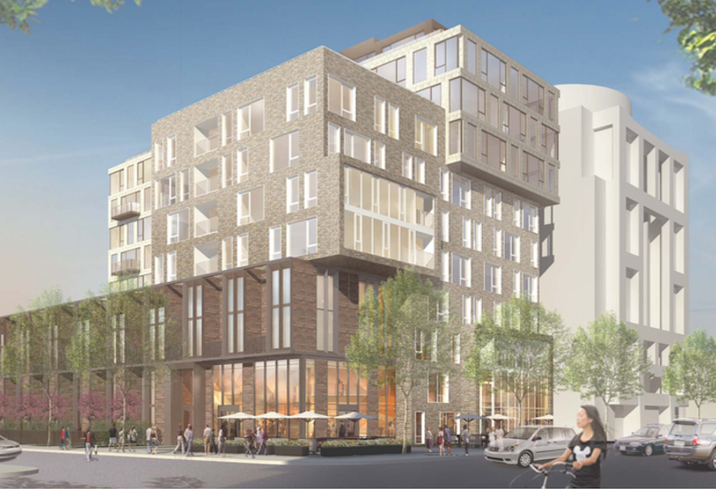 The duo has teamed up on previous projects, including Hodge on 7th, a four-building project, including one comprised of 90 senior affordable housing units. Roadside's Richard Lake says the affordable component was challenging to finance and other affordable developers were unwilling to tackle it, until he talked to Buwa.

"It was a really important building to the overall development, because it meant a lot to the community and to the city," Richard says. "Buwa ingeniously figured out how to make the economics work. It was a tremendous relationship and it's ongoing." 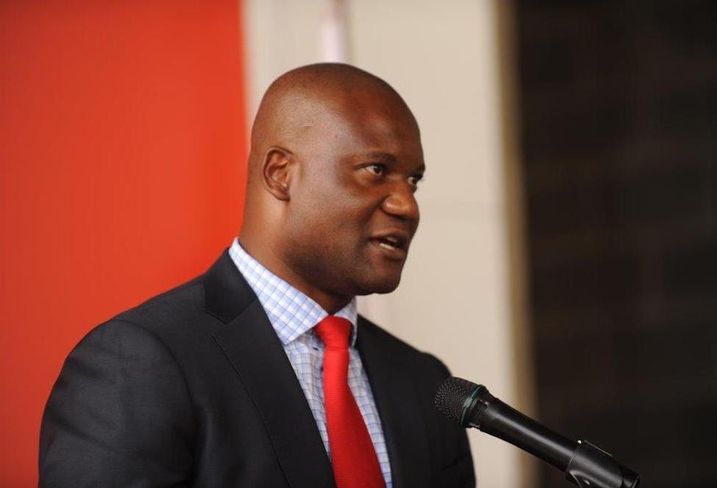 Before deciding where Dantes' next wave of projects will be, Buwa says he wants to focus on delivering these current projects. He also hopes to serve as a role model for aspiring minority developers.

"I think there’s a huge void in the number of people of color, frankly, that play in this space," Buwa says. "To the extent I can be a part of the solution in building the next group of leaders, whether it's a Dantes Partners or otherwise, that’s where my focus is right now."

Buwa also hopes to help get rid of the stigma around affordable housing that often leads neighborhood residents to oppose affordable units coming in next door. With most Dantes projects aimed at those making 50% to 60% of AMI in a city with especially high income, Buwa says his tenants are still people with jobs who earn decent paychecks. They just can't afford costly, market-rate units.

"We need to do our part in demystifying it, because by doing that, then hopefully our neighborhoods don’t look at affordable housing as this eyesore that’s going to come in and reduce property values," Buwa says. "People should look at that and welcome it to the neighborhood and say 'this is creating a lively, mixed-income community.'"