Saje Natural Wellness, just named to the PROFIT 500 ranking of Canada’s fastest-growing companies, is in the midst of an aggressive nationwide expansion, with 34 locations by year’s end. And CEO Kate Ross LeBlanc tells us the US is next. 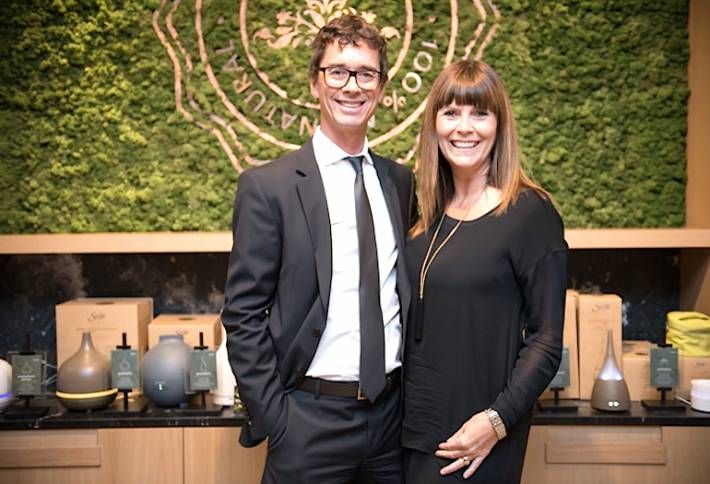 Here’s Kate and husband Jean-Pierre, who co-founded Saje back in 1992 at Lonsdale Quay Market. The retailer is having its biggest year yet, adding 12 new stores. Last year it opened eight shops in five provinces: B.C., Alberta, Manitoba, Saskatchewan and Ontario, where it launched a 1,600 SF flagship on Toronto’s Queen Street West. Most of this year’s growth is concentrated in Ontario, where Saje will have 12 stores by the end of 2015. Its first Atlantic Canada location, at Avalon Mall in St. John’s, NL, arrives this November. The company has 500 signature products, all 100% natural. 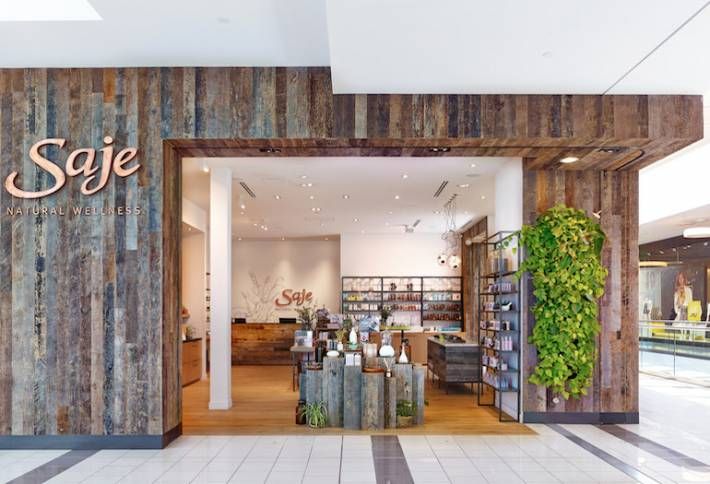 Saje at Guildford Town Centre (above) won an International Council of Shopping Centers award last year for store design. Kate, now ICSC's retail chair, explains that the success of her chain—which grabbed PROFIT’s attention by posting five-year revenue growth of 419%—can be attributed to it having tapped “a real desire people have to feel healthier and to be making natural choices.” The retailer also offers a “very open” sampling policy and “outrageous” customer service. “They feel safe in trying the product knowing we stand behind it if it doesn’t suit them.” 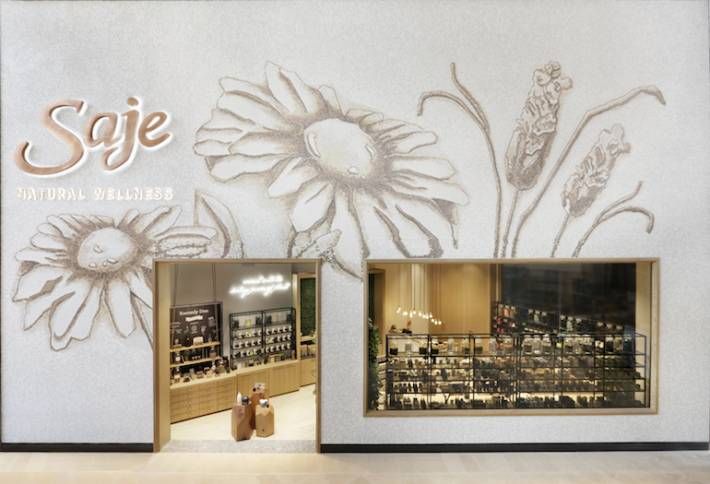 The newest Saje, which just opened at Toronto’s Sherway Gardens, (shown above) features a 30-foot Italian-tile facade. “Pretty show-stopping,” says Kate, one of Chatelaine’s Top 100 Women Entrepreneurs in 2014. The plan is to have 50 Canadian locations by 2018, she notes, adding that the company has “firm commitments” for 10 new stores in 2016, and is still seeking five more spots in top-tier shopping centres or high street locations. “We have good relationships with the major Canadian landlords and have been quite specific about the real estate we want to occupy in order to have a strong national presence.” 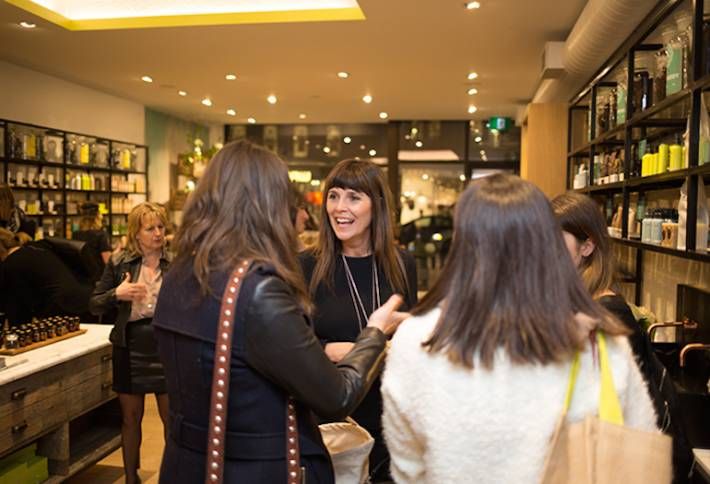 Saje’s Ontario push has seen locations open at major malls like Toronto Eaton Centre, Rideau Centre in Ottawa and Conestoga Mall in Hamilton. And Kate points out that the St. John’s store launch in November will give the retailer a true coast-to-coast presence. But Saje’s ambitions go beyond our borders. The long-term objective, she says, is to first build a strong Canadian base, then expand globally. “Right now we’re looking at the US market as our first international entry point. After that we’ll look at what’s next.”