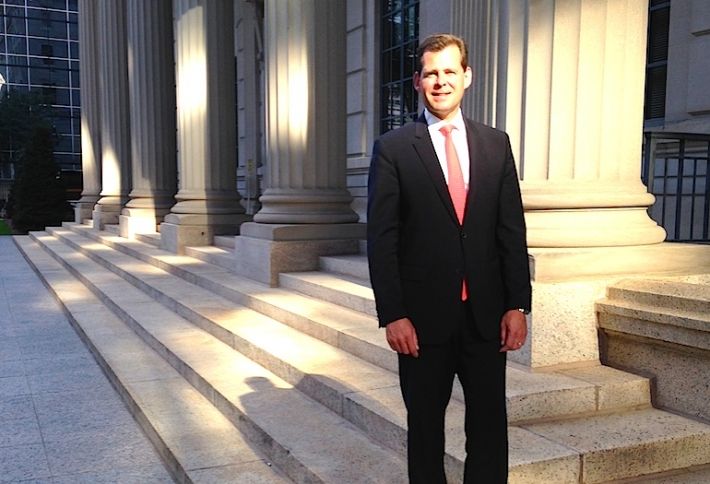 Manulife's Ted Willcocks isn’t worried about his firm’s new $70M office development, 980 Howe St, competing with the slew of other projects going up downtown in the next two years. “We lease 3M SF a year,” says Ted, who is Manulife's global head of real estate asset management. “We’re not daunted.” The reality is, he points out, tenants in Vancouver haven’t had new space options for 15 years. So a project like 980 Howe—16 storeys with 268k SF and street-level retail—should have little trouble luring companies from overpriced, older Class-A buildings. 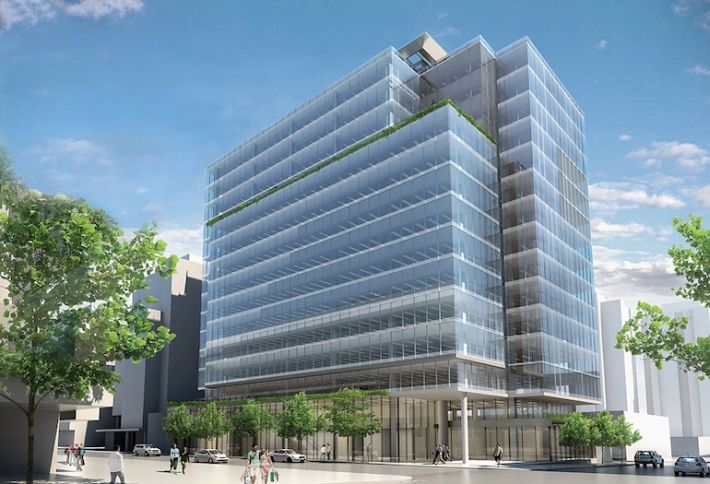 Manulife has secured a single tenant, BGC Engineering, which signed a 15-year lease on four floors at 980 Howe (rendered above) when it opens next spring. And Ted says there's “fantastic momentum” in the interest for the remaining space, largely from professional services, financial institutions, and tech companies. (Better hurry up since those tech guys will probably figure out how to book the space online.) He tells us there are a number of deals in various stages that they’ll be announcing shortly. Floor plates range from 15k SF to 16k SF. 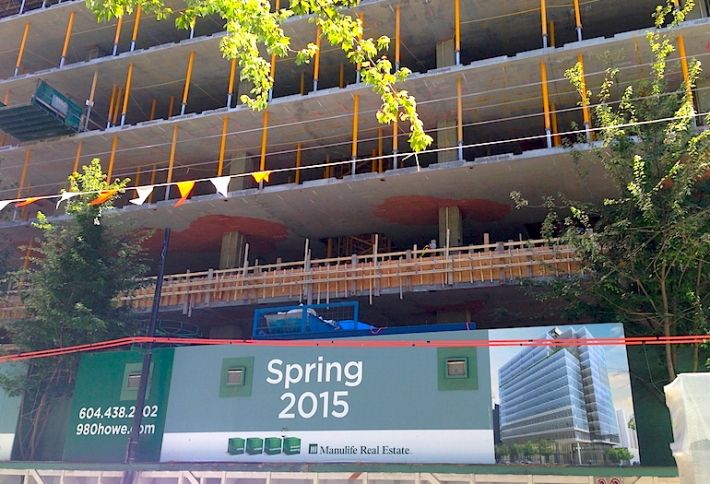 980 Howe (snapped this summer) will target LEED Gold, with double-glazing, advanced air filtration, rainwater harvesting, lighting sensors, and low-flow fixtures. LEED Gold was a major factor in BGC’s decision to locate there, president Steve Hedberg says. Ted tells us Manulife is involved in a number of other development opportunities across North America, namely in DC and San Francisco. But his company is keen on pursuing further projects here in Vancouver, citing the city’s “perfect” fundamentals.